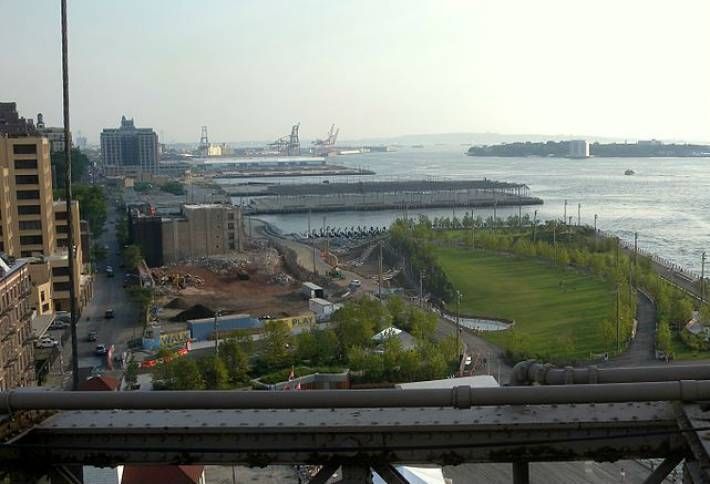 Empire State Development won’t vote to approve the Pier 6 residential at the southern end of Brooklyn Bridge Park. The news comes amid an ongoing feud between the governor and Mayor Bill de Blasio.

Earlier this week, the governor openly mocked the idea that he was pulling strings behind investigations into the mayor’s fundraising efforts, saying “it may all be a grand conspiracy against him. But then the US attorney, the attorney general of the State of New York, the Manhattan district attorney, are all part of the conspiracy.”

There's a second black eye for one of the city’s most ambitious public-private projects in decades: news came out just this week that two execs of the Brooklyn Bridge Corp got hefty raises recently, raising eyebrows as well as questions about how badly the project needs the financial windfall expected to come with new residential development on its grounds.

Lacking a vote from the state agency, any additional affordable housing as part of the park—or any new development there at all—amount to an 85-acre question mark.

Revenue from the Pier 6 development was to be a key part of funding the park’s maintenance in perpetuity.

Without naming names, Jonah Bruno, a spokesperson for the ESD, tells Politico that the agency is withholding its support until “newly raised concerns” are addressed.

He didn’t say what those concerns are, but sources tell Politico that they may involve conflicts of interest.

And China Vanke, which has an equity stake in the Pier 6 project, was also a stakeholder in a bid to buy 45 Rivington St on the Lower East Side.

That buy became the source of a scandal for the administration last month when news came out that Deputy Mayor Alicia Glen’s staff had asked the buyers to accept a refund of the $16.1M they paid to lift a deed restriction so the city could retain ownership of the site, reportedly saying this was what the mayor wanted, contradicting claims he only knew about the deal by reading about it in the press.

Each of these alleged conflicts of interest surfaced weeks ago or earlier, which raises the question of whether there may be additional “newly raised” concerned that haven’t yet come to light. [Politico]