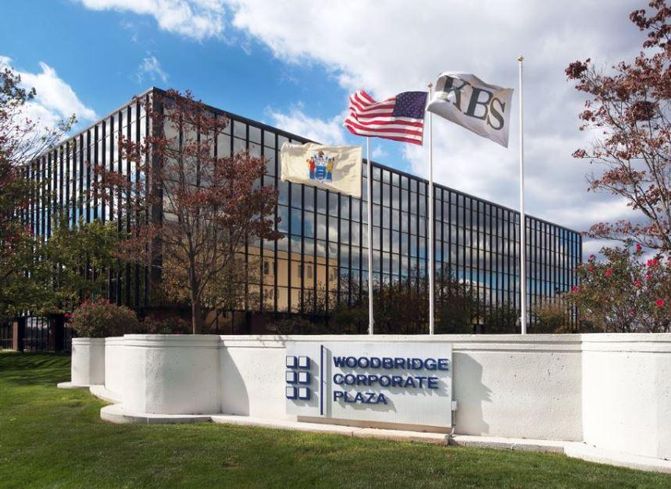 Courtesy of KBS
Metropark is best known as for its transit hub that brings New Jerseyans into NYC, but it is coming into its own.

For most New Jerseyans, Metropark is best known as the location of one of the busiest New Jersey Transit stations for commuters who work in neighboring New York City.

The Middlesex County location, though, is proving to be a destination for an increasing number of businesses, according to real estate investor KBS.

There were 500K SF of new office leases at Metropark in Q4 2019, more than double the two years prior, according to Marc DeLuca, KBS' regional president of the eastern United States. The company leased more than 100K SF last year at its Woodbridge Corporate Plaza, a 630K SF property that was recently renovated.

“This region continues to experience solid population growth and booming employment growth,” he said in an email to Bisnow. “This has resulted in increased demand for quality office spaces throughout the region. These are dynamic economies that are not dominated by a single industry and continue to experience meaningful growth.”

DeLuca said demand is strong for Class-A office assets. At the end of last year, the Metropark office market recorded more than 600K SF in net absorption. Average rents have increased by 10.4% during the past two years, mostly from the surging popularity of Class-A properties, he said.

As the office market grew, KBS made bets on speculative space that have paid off. But given the uncertainties caused by the coronavirus pandemic, KBS is “hitting the pause button” on several speculative new construction projects it was considering.

Even so, DeLuca isn’t worried that many of the temporary remote workers will become permanent ones.

“Individuals want to be connected with their teams, coworkers, etc., and to be able to get out of the house,” he said. “We are confident that employees will be excited to get back into their offices and enjoy the collaboration, social, and team aspect that it provides.”