Changing healthcare real estate all boils down to one factormoney. Array Architects principalNoah Tolson, kicking offBisnowsNew Jersey Healthcare Summitlast Thursday, said his clients all have the same issue: "How to get paid and set themselves up for a successful business model." 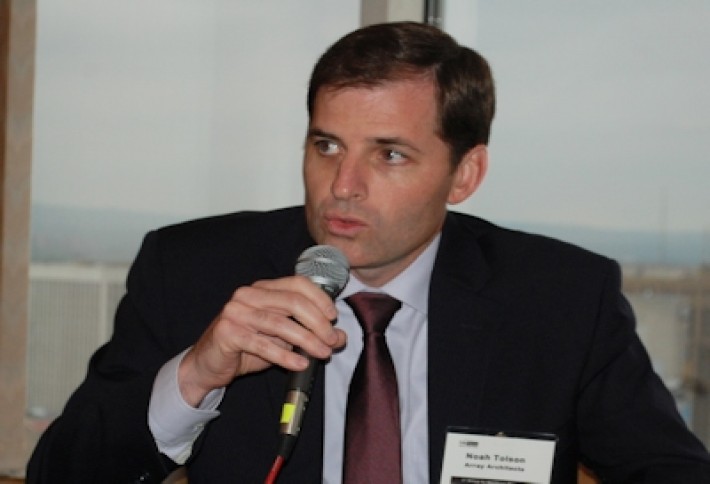 Now theres a focus on an ambulatory strategy for medical office buildings, which once housed individual practice suites that operated as their own businesses, Noah told the crowd of 125 at the Newark Club.Now that physicians are being employed by hospitals, MOBs are mandated to operate differently to share resources and reduce duplication. 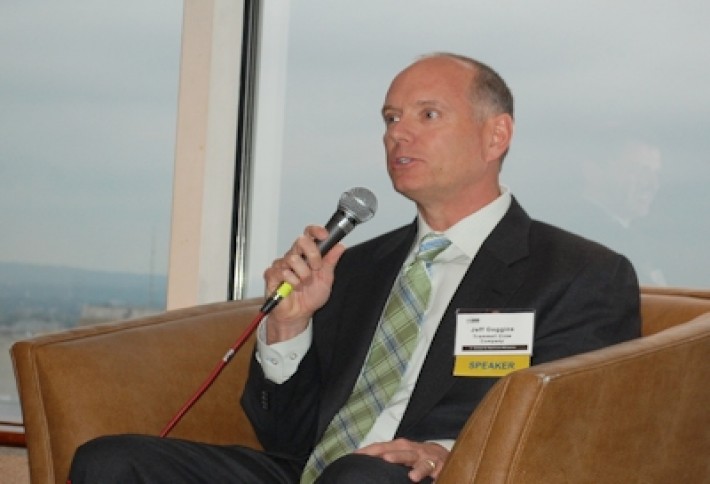 You wont see as many MOBs without system sponsorship in the future, says Trammell Crow senior managing director Jeff Goggins. The challenge: How is everyone going to fit together? (Did you ever try squeezing a square doctor into a round office?) And sometimes MOBs have to be more efficient with less money. But Noah says patients will notice qualitative measures that are sometimes forgotten in efficiencyones that make a patient tell neighbors what good service they received. 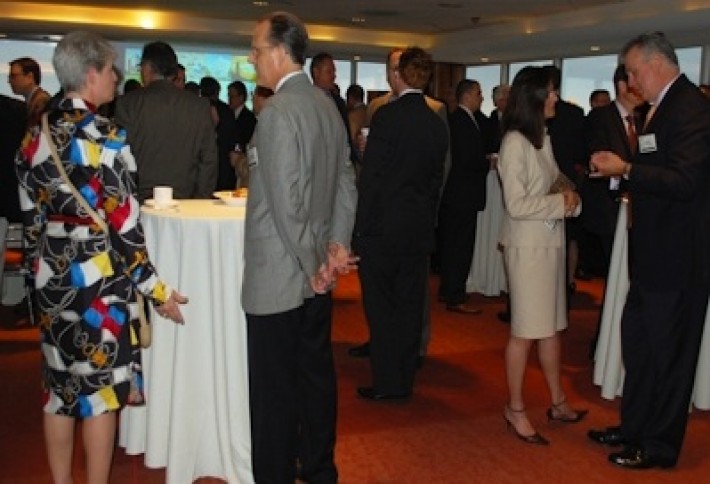 So what might a healthcare office of the future look like? Think pod-oriented, with kiosks where you sign in and sign off, coffee, patient navigators, andnotifications on your smartphone that tell you when the doctors ready to see you so you dont have to wait. You want people to tell their friends, Your hospital is doing it wrong, switch doctors, Noah says. (And less time at the doc's officemeans more time for Bisnowpre-event schmoozing, snapped above.) 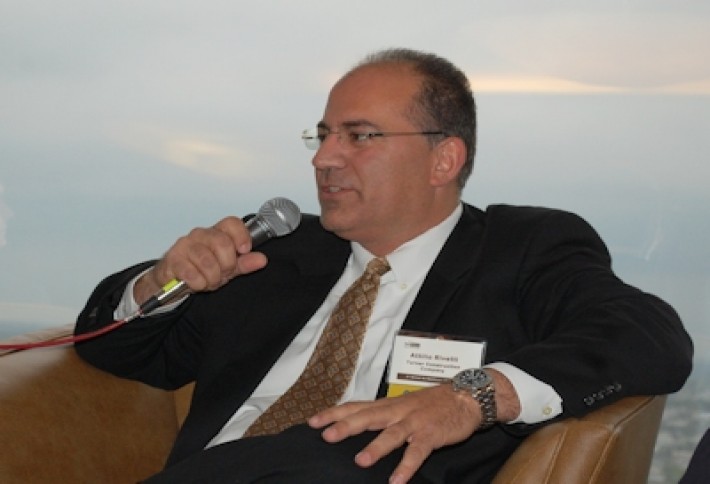 Hospitals are looking at ways to expand to open space for beds, but often theyre dealing with tight sites, pushing services to MOBs, says Turner Construction VP Attilio Rivetti. Every project were working on is focused on the experience, he says, going as far as valuating mechanical and electrical systems to reduce costs in order to support and allow better patient experiences.Jeff adds that sophisticated institutional owners and investors may not go into medical product unless its LEED certified. 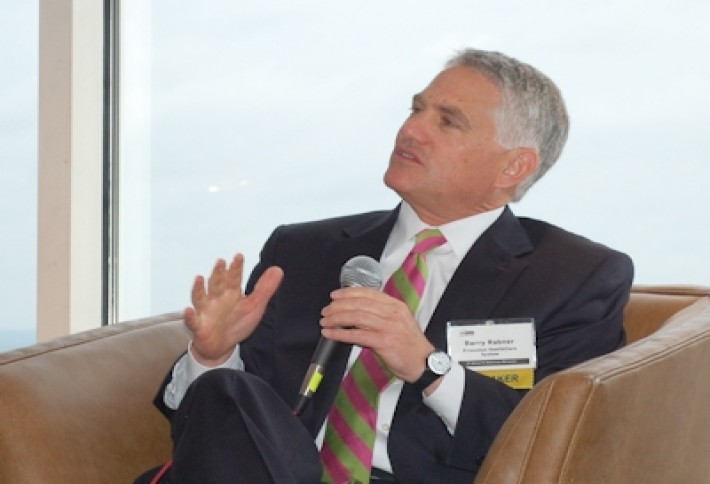 Margins in healthcare are so narrow that often youre better getting together with a bigger system, forminghuge savings and leverage with health insurance payors, says Princeton HealthCare System CEO Barry Rabner, who keynoted, adding the industry is moving from a fee-for-services model to one based on bringing value and population health management. He pointed to studies that say out of the $2.7 trillion in national healthcare spending, $750B is wasted, and hospitals are related to thedeaths of 100,000 people per year. We dont wake up every morning trying to figure out how to keep people out of the hospital, but if we were paid to... that would be the right thing.

Barry told moderator Milt Charbonneau(part of Cassidy Turley's specialized healthcare practice group, advising healthcare clients on savings, strategy, and compliance)that theres typically poor alignment between how hospitals and physicians are paid. Most healthcare execs believe that the single-greatest opportunity is that alignment, looking at how care is delivered, and removingunneeded steps. He estimated that in the future, 90% of physicians will be employed by hospitals or large physician groups. Theres also a huge need to rationalize how space is used, possibly closing hospitals and repurposing space. In NJ, theres a big effort in integrating resources already out there, many times underutilized. (Just as long as we don't have to visit a gastroenterologist's office to care for a sprained ankle.)

Isn't it a bit unnerving that a doctor calls his business a "practice"? Email amanda@bisnow.com.