Begin slideshow
View as one page
6 of 9 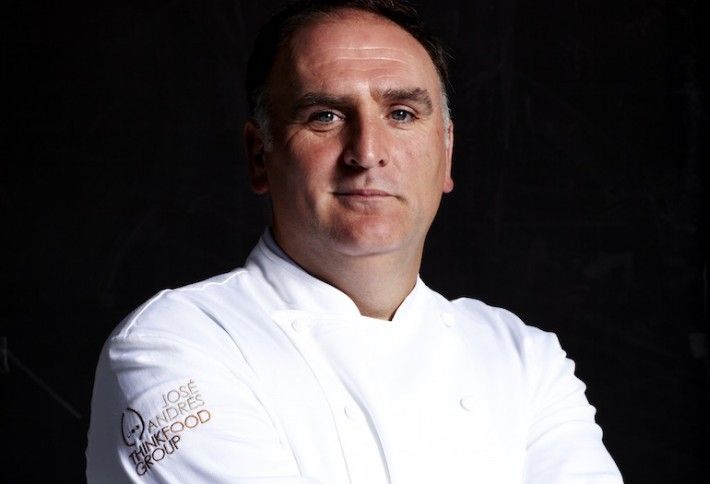 The thermometer is spiking again for a godfather of the DC restaurant scene. José Andrés, who brought us Jaleo, Zaytinya and Oyamel, is back with the 2015 openings of China Chilcano and Beefsteak. The former is so popular that it’s tough to snag a table and the latter has Washingtonians lining up for vegetable-forward fast casual cuisine. Beefsteak's immediate success means location No. 2 is already slated to open in Dupont Circle this summer (1528 Connecticut Ave NW). Next, José will launch a concept in the forthcoming Trump International Hotel, Washington, DC. His career knows no geographic boundaries—he has remained deeply committed to the DC community through his work at DC Central Kitchen and other organizations. 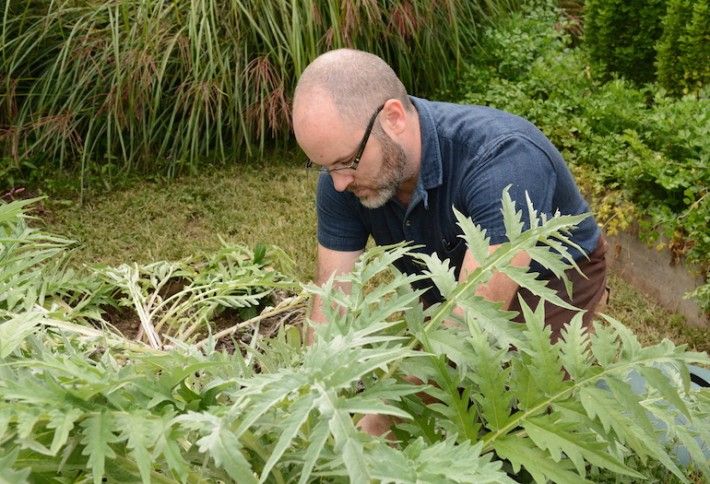 The Restaurant at Patowmack Farm is a finalist in three 2015 RAMMY categories (formal fine dining, service, and upscale casual brunch). Chef Tarver King’s creative sourcing, cooking and plating make the long winding drive to Lovettsville, VA, worth every mile. Even his menu is unconventionally divided into three tasting menus based on the food’s upbringing: found, grown and raised. Raised, for example, is more meat driven. Tarver is up on the organic and foraging food trends not because they’re the “it” thing to do but because that’s his food philosophy. 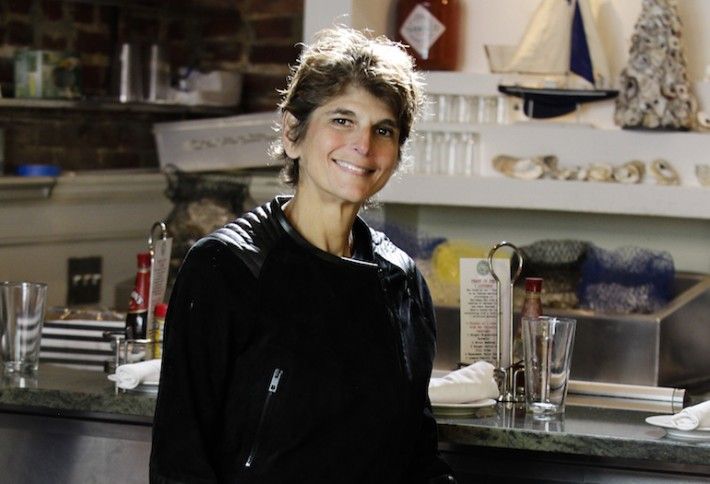 Jamie Leeds is expanding her role as restaurateur as she continues to make her mark on the region with creative, community-driven concepts. We already told you about Twisted Horn coming to Petworth this fall, but there’s more. Just this week, Jamie announced a Hank’s Oyster Bar spinoff coming to Old Town Alexandria. Hank’s Pasta Bar is slated to open at 600 Montgomery St in the fall. Diners can expect house-made pastas, roasts and whole fish in a rustic atmosphere. 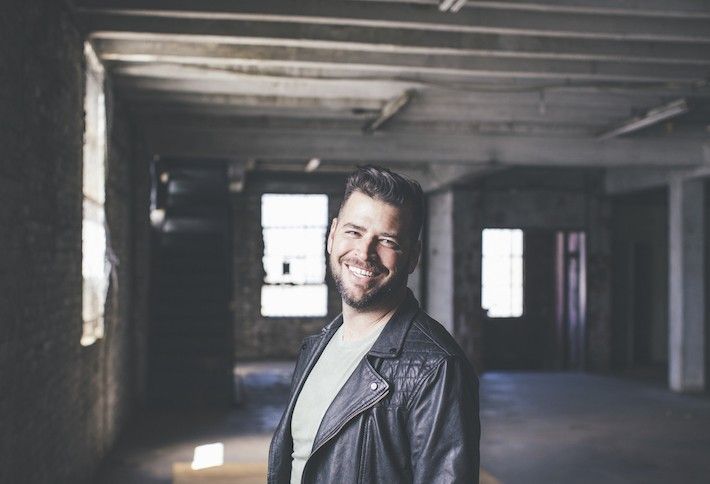 Nick Stefanelli is stepping out on his own after many years of cooking under DC greats like Roberto Donna and Fabio Trabocchi—most recently running the kitchen at Bibiana. His restaurant, Masseria, is scheduled to open near Union Market in partnership with EDENS this summer. One only needs to pronounce Nick’s surname, and the name of his restaurant to guess that it will feature Italian cuisine. The chef, whose family hails from Puglia in Southern Italy, spent ample time abroad even before he knew the kitchen was his calling. When he was in fashion, Nick traveled throughout the country and studied in Milan. He hopes to bring a taste of his travels, the Italian countryside, and hints of coastal cuisine to Northeast. 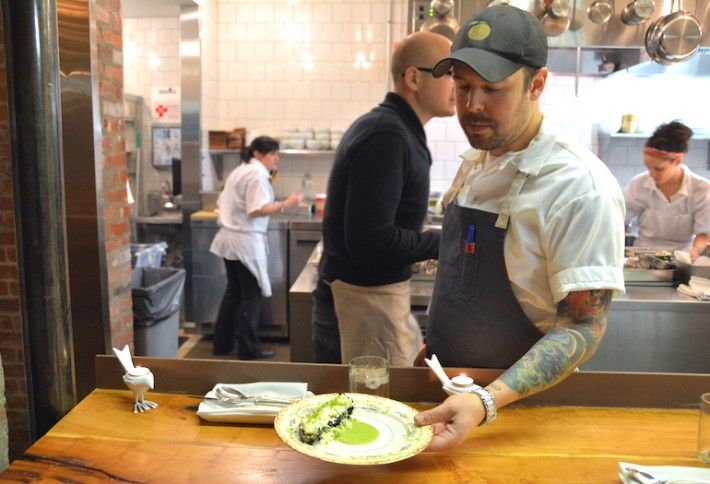 Just when you thought Rose’s Luxury’s Aaron Silverman couldn't generate one more decibel of buzz, he’s gearing up to open his second restaurant next door to his Barracks Row mega-hot spot. The Maryland native is adding to DC’s tightening fine dining scene. Details are sparse, but the surest bet in Vegas is that it will succeed. Aaron, after all, was just named a Mid-Atlantic contender in in Food & Wine’s “The People’s Best New Chef” category, along with several other DC chefs, including The Red Hen’s Mike Friedman, Ripple’s Marjorie Meek-Bradley and Daikaya’s Katsuya Fukushima. 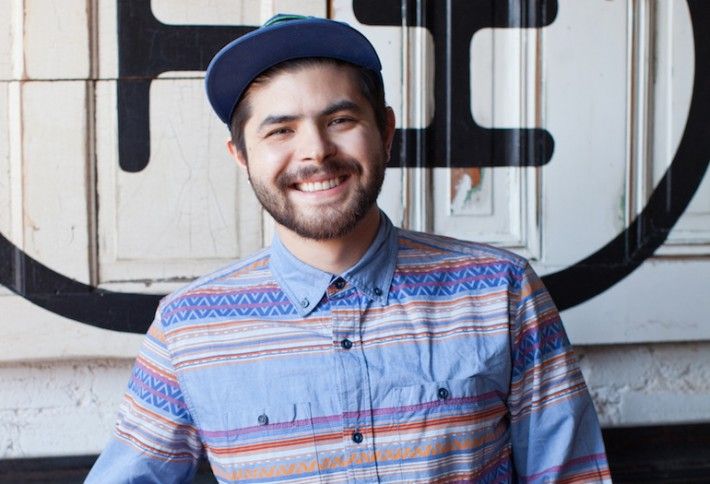 Thanks to Erik Bruner-Yang’s creative vision, Maketto is a place that many will be trekking to this summer for its sexy space and tasty Southeast Asian eats. The new, collaborative concept on H Street NE blends multiple businesses ,including a coffee shop and a clothing retailer, making him a bit of a trailblazer. But, it was his work down the street at Toki Underground that landed Erik a 2015 James Beard nomination in the Rising Star category. He joined Mark Furstenberg as the only local finalists (though neither won). 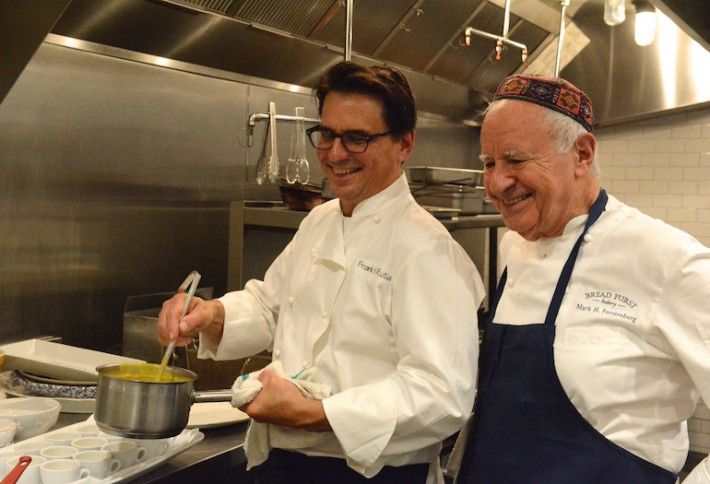 You don’t have to be a green young thing to be buzzy. Mark Furstenberg is a septuagenarian getting recognition lately for his work at Bread Furst in Van Ness. First, he was nominated as a finalist in the national James Beard Awards category of outstanding baker. Then, the Washington Post’s Tom Sietsema delivered a relatively glowing review about the bakery and café serving everything from pastries and bialys to sandwiches on baguettes. Bread Furst bread has become so popular that you can now buy Mark's loaves at Whole Foods markets in Logan Circle, Friendship Heights and Tenleytown. His long legacy of providing DC with its bread began at Marvelous Market and later, The BreadLine. We snapped Mark with his longtime friend, chef Frank Ruta. 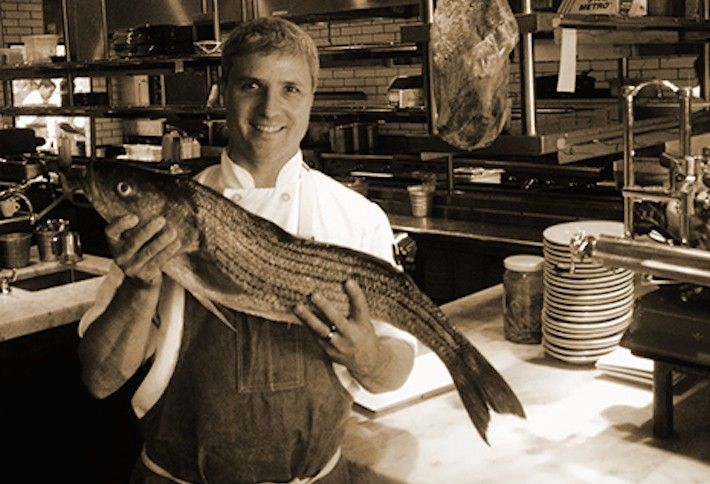 John Critchley is the executive chef at the brand spanking new Brine in Merrifield’s Mosaic District, where he gets to express his love for fresh and seasonal Mid-Atlantic seafood. John started working in kitchens at age 14 and brings experience from cooking at Toro in Boston, Area 31 Restaurant in Miami and Bourbon Steak in DC. He even paused to work as a harvester for Island Creek Oysters. His creativity shines at Brine with dishes including: plankton bucatini; a bouillabaisse that folds in perch, blue crab, eel and rockfish; and quail made smoky by a wood rotisserie. The restaurant is from Rappahannock Oyster Co co-owner Travis Croxton.