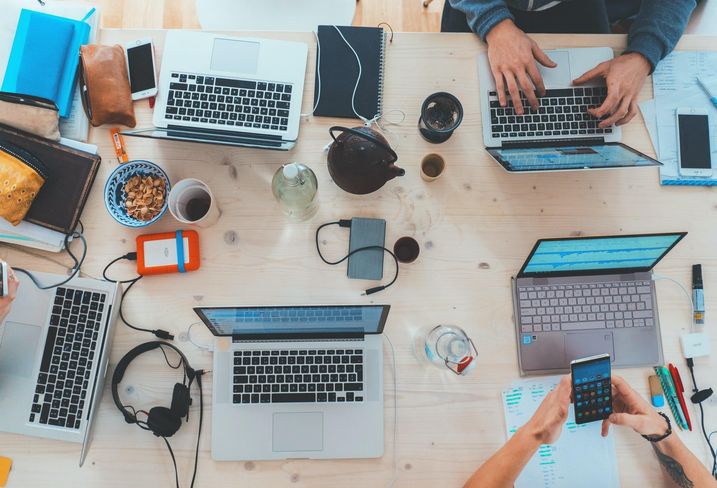 Since the early 1970s, the productivity of the American worker has increased more than seven times faster than wages and more Americans work longer hours.

Americans also don’t take as much vacation as workers in other countries, they aren’t legally guaranteed paid sick days, and the U.S. is the only industrialized nation that doesn’t make paid parental leave a mandatory benefit. American workers are so bad at taking time off, they don’t even take proper lunch breaks. And when they get home, they keep on working.

In the 1930s, British economist John Maynard Keynes foresaw “three-hour shifts or a 15-hour week” in the 21st century. In practice, this could be a two-day workweek.

“Of course there will still be many people with intense, unsatisfied purposiveness who will blindly pursue wealth — unless they can find some plausible substitute,” Keynes wrote. “But the rest of us will no longer be under any obligation to applaud and encourage them.”

Other economists throughout the mid-century echoed this premonition of a future of greater efficiency, adequate wealth and less obsession with productivity, but while the potential was there, we have yet to realize it.

On a recent episode of RealCrowd’s CRE investing podcast, 4-Day Week Global CEO Charlotte Lockhart and 4-Day Week co-founder Andrew Barnes, a New Zealand real estate investor, suggest that the coronavirus pandemic may be the catalyst that finally shifts our long-standing norms of what the workweek is. In 2018, Barnes, who is also the founder of New Zealand’s largest trust company, Perpetual Guardian, worked with Lockhart to experimentally implement the four-day workweek at his company.

Inspired in part by a UK study of nearly 2,000 full-time office workers that found that the average time spent actually working is two hours and 53 minutes per day (with the rest of the workday filled with browsing social media, reading the news, sending personal messages, talking to co-workers about non-work-related matters and other non-work-related activities), the duo thought that shortening the mandated period of time spent at work might actually fuel greater productivity in fewer hours.

That is precisely what Perpetual Guardian’s trial of the four-day workweek found.

“When we started, everybody’s initial reaction was, 'How am I ever going to do my work in four days rather than five?’” Barnes wrote in a white paper detailing the experiment’s success. “The trial indicates that not only could they do their work in four days, but they could do it better in four days.”

In the U.S., upward of 85% of men and 65% of women work more than 40 hours per week, and while People’s World reports that upward of 130 countries have a legal limit on the length of the workweek, the U.S. has no such cap.

Since implementing the four-day week at Perpetual Guardian, Barnes and Lockhart helped roll out similar plans at a number of other companies. With Americans’ apparently steadfast devotion to working all the time, the trend still feels radical in the states.

However, a trend is slowly emerging: Quartz reported recently that according to data from Ziprecruiter in 2020, the share of company job postings offering four-day workweeks is 69 for every 10,000 job postings. It’s a tiny number to be sure, but it’s up from 40 in 2019. This is nearly quadruple the number of such postings each year between 2015 and 2018.

In the RealCrowd interview, Barnes speculated the pandemic may prompt companies to further adjust our expectations of what productivity looks like in a way that could open doors to a new model. Before the pandemic, Quartz said the offer of condensing schedules from five days to four was designed to attract and retain talent that value flexibility. Now, it may be more of a way for companies to defray the expense of full-time salaried employees.

While the uptake is exciting to Barnes, the motivations give him pause. He cautioned: “When there are no defined boundaries around your workday because you’re at home, are staff in fact working longer hours?”

An ideal transition to the four-day workweek, he said, would encourage better work-life balance, not just focus on saving companies money.

That could be because of the productivity boost many have experienced from going remote, scrapping their commutes and working with fewer meetings and (excepting some parents who are juggling work and child care during the lockdown) fewer workplace distractions. Many workers may find that they are now far more efficient.

Proponents believe that if done right, a four-day workweek could help ease that child care burden and it may have other benefits, too. In May, Quartz reported that New Zealand Prime Minister Jacinda Ardern suggested that employers consider moving to a four-day workweek to help boost local tourism and workers’ well-being during the pandemic.

“We are getting company after company come to us saying: ‘Actually, we want to try it now,’ because they realize that they can trust their employees, they need to get some grasp on productivity,” Barnes told RealCrowd. “And I think everybody is of the view that we don’t want to come out of this unchanged.”