OSHA Under Fire For Pandemic Response 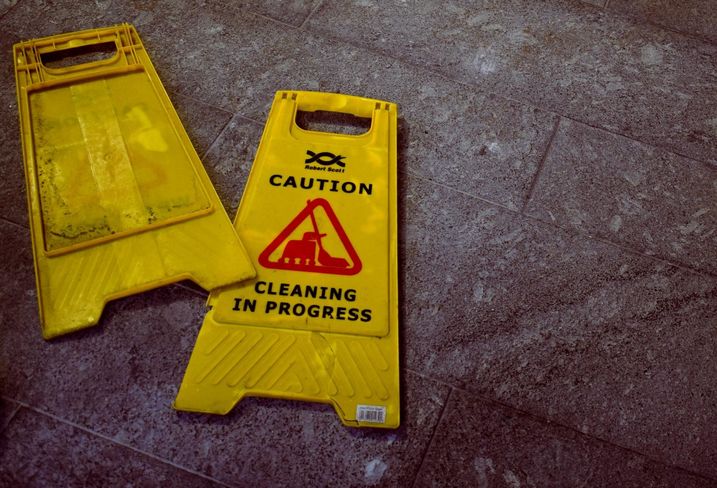 A rapidly growing number of American workers have died from COVID-19. Thousands more — including more than 1,200 workers at the U.S. Postal Service and more than 9,000 workers in healthcare — have tested positive after possibly being exposed on the job. Concerned construction workers took to social media with their anxieties about health risks at the job site. If speaking to their employers doesn't work, generally employees may address unsafe work conditions by filing a complaint against their employer with the Occupational Safety and Health Administration.

The agency — overseen by U.S. Labor Secretary Eugene Scalia — holds American workplaces to standards of health and safety as laid out by the Occupational Safety and Health Act of 1970. While a reported 3,000 to 4,000 complaints of conditions that do not meet OSHA's COVID-19 standards have been filed by workers against companies including Amazon, Tesla, UPS, WalMart and Lowe's over the past two months, tensions are rising as many feel the agency isn't moving swiftly or boldly enough in addressing them.

Upon receiving a complaint that an employer is not adhering to its standards to protect workers from COVID-19, OSHA sends a letter to the employer. The employer has five business days to notify OSHA about how it has addressed the complaint. Most complaints do not lead to on-site inspections. If OSHA does decide to carry out an inspection into the employer, that process can last up to six months. If the employer fails the inspection, it may receive a citation.

It also limited the types of industries for which it would enforce guidelines.

This response has invoked criticism from bodies including Nevada's largest healthcare union, The New York Times editorial board and former OSHA head Jordan Barab, who reprimanded the agency for "sitting on its ass" through a crisis of historic scale.

Another point of public scrutiny is the need to protect the rights of complainants.

On April 8, the agency issued a reminder regarding the filing of coronavirus-related complaints that workers are protected from demotion, termination, withholding of vacation or pay and other forms of retaliation. "Any worker who believes that their employer is retaliating against them for reporting unsafe working conditions should contact OSHA immediately," OSHA stated.

But reports of retaliation against hospital workers, airline employees, Amazon warehouse workers, grocery store cashiers and others for filing complaints against their employers have been widespread.

According to Alan Crone, an employment law attorney at Crone Law Firm PLC in Memphis, workers do have the right to file complaints without retaliation and before they reach that step, there may be other measures they can take to help improve work conditions that concern them.

"I think you need to get engaged in a dialogue with your employer, if you can. I think a lot of employers are going to be ignorant of what they can do, what they should do and what they’re required to do," Crone told WREG in Memphis. "I think you have a moral right and legal protection for standing up for yourself."

The Department of Labor recently vowed to uphold workers' rights to follow OSHA complaints. And while The New York Times reported that President Donald Trump’s recent plan for “Opening Up America Again” seemed to shift OSHA’s responsibilities for protecting American workers to the states — and that according to experts, states don't have the infrastructure or bandwidth to take on that responsibility — some state government officials have already made it clear they are also standing by employees and investigating complaints of unsafe work conditions.

Meanwhile, mounting pressure on OSHA could compel the agency to rework its guidelines as the pandemic continues and more job sites prepare to reopen.