In A New Era, Job-Hopping Is Normal And Fine 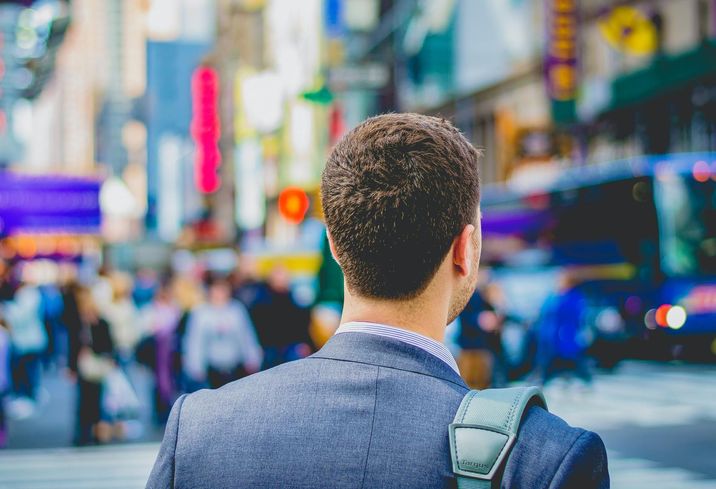 Nathanial Rosenblum graduated from the University of Michigan's Ross School of Business last May and dove into an analyst role on a debt origination team at a New York firm.

He gained great experience, he said, and he built great relationships. And 10 months later, he was off to the next opportunity. After four interviews resulting in three job offers, he stepped into his new role as an acquisitions analyst at Ocean West Capital Partners in Los Angeles.

The commute was easier and the firm was “more boutique,” offering him more direct access to senior management, which he values. (He met the CEO at an interview.) Plus, he was ready to make a change.

"It’s going to be at least the next two years of my life,” Rosenblum said. "And I don’t see myself transitioning out for at least two more years at a minimum. They made it very clear they want me to stay."

Those who don’t think that sounds like a long enough commitment might need to think again. A recent CareerBuilder survey found that employers expected 45% of their newly hired college graduates would remain with the company for under two years, and by age 35, about a quarter of young employees would have worked five jobs.

This might be an adjustment for the CRE industry. In 2018, looking ahead to real estate in 2030, Cushman & Wakefield Transformation Team Partner Lottie Tollman told Bisnow that one of the industry’s hallmarks is employees keeping long tenures in the same role: “Something that is quite unique to real estate is, once people are within a company, they tend to stay there for a long period of time, and it is not unusual to find people who have been in a company for 20 years,” Tollman said.

Specific jobs may lend themselves to more or fewer company changes over the course of a career. But more broadly, the mentality is shifting as employees come to understand that the concept of “loyalty” could be costing them.

About 45% of companies with under 500 employees in a 2018 Robert Half survey said they were “unlikely” to hire a “job-hopper” for fear of losing them in the future.

But first, let’s define our terms: According to the hundreds of chief financial officers polled, a job-hopper is someone who has held more than six jobs in 10 years.

In other words, changing jobs every two years, or staying at one job for 10 months and your next job for three years, may no longer carry the stigma with HR executives, recruiters and hiring managers that it used to.

In CRE, the wheels of change turn more slowly. Jeff Wittenberg, a CRE recruiter for Kaye/Bassman, said that in this industry, six jobs in a decade may still feel like too many.

“In a very generic sense, anybody who has a track record of more than three job changes in a 10-year period without a really good excuse for that, I think, is at jeopardy of being labeled a job-hopper," he said. "If the company closed their office or folded, those things are out of your control. If it’s ‘I left for a better opportunity,’ people will accept that, but if that’s a pattern, then the thought is ‘We’re going to hire them and they’re always going to be on the lookout for a better opportunity.'"

But the fact is, many workers — three out of five workers under the age of 35 — are going to be on the lookout for a better opportunity.

They’re not the only ones. Nearly 60% of workers between 35 and 64 felt it benefited them to change jobs frequently. Meanwhile, a survey by the Bureau of Labor Statistics found the average American approaching retirement age has held approximately 12 jobs from age 18 to age 50, and nearly half of those were before they turned 25.

According to various studies, earning higher compensation and gaining new skills were the two biggest reasons the employment-agile may take new opportunities.

And they’re not wrong: When it comes to pay, job changes mean a worker is more likely to climb the ladder in terms of salary. Pay increases by up to 10% each job change in a healthy market, while the average annual pay increase for those staying at their jobs may be going down.

All in all, that could add up to half a person's lifetime income lost for staying at one job instead of changing as new opportunities arrive. In other words, changing jobs as often as one can and moving up each time can double one's earnings over the course of a career.

What Is Prompting The Shift?

The baby boomer generation was built on loyalty. Why are younger employees so much more likely to keep moving?

The aforementioned LinkedIn survey posits the Great Recession as a common theory, which means we may only see an acceleration of the trend from the current recession, as workers scramble back into the workforce from the unemployment line. They may take jobs outside their desired field or below their experience level, making job changes all the more likely.

Another factor is that changing jobs is easier than it has ever been. Just as online dating has made dating new people more accessible, tools abound that make job searches and connecting with hiring employers easier, and job opportunities more evident. If workers didn't know what was out there before, now between LinkedIn and other resources, being exposed to new opportunities is nearly inevitable.

Tomoko Yokoi is a researcher at the International Institute for Management Development Global Center for Digital Business Transformation, where she focuses on digital business transformations and tech entrepreneurship. Recently she wrote for Quartz At Work about this mentality shift, zooming in on the rise of the “protean career” — an approach to work based on adaptability and self-awareness. In other words, workers are nimble and open to new opportunities, and always keeping tabs on how happy they are in their current work.

According to Yokoi, the principles of the protean career dictate that if you’re not happy and comfortable in your work, it might just be time to move along.

“Individuals should be in the driver’s seat of their career,” she said in a recent Quartz webinar. “They should be spontaneous because the market is volatile, and they should be flexible.”

Of course, all this mobility isn’t as free-wheeling as it may sound. Fast Company senior staffer and business writer Elizabeth Segran recently wrote: “Changing jobs too much can create uncertainty and anxiety. These challenges are easier on younger workers, who are less likely to have major family and financial responsibilities. But as you get older, the process can wear you down psychologically.

"Another interesting insight is that frequent job-hoppers tend to have more negative attitudes toward whatever job or company they are in at the time. Some economists theorize that people who are always looking for new opportunities elsewhere don’t have time to appreciate the positive things about any one job.”

As for Gen Z’ers like Rosenblum — those born between 1995 and 2015 — many have only just entered the workforce. We'll find out if they push back on this trend or take it to new extremes of protean agility, increasing their salaries all along the way.