How A Downturn Can Make CRE’s Talent Shortage Even Worse 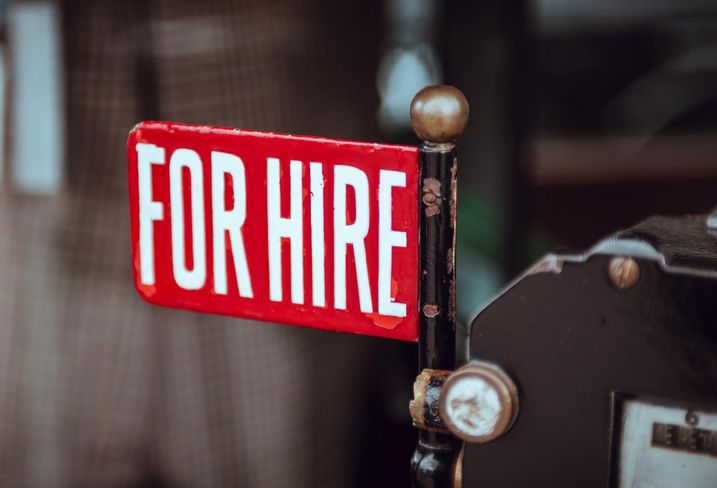 The world has changed dramatically in a few short months. Among other things, U.S. unemployment numbers skyrocketed and the unemployment rate has more than doubled its Great Recession peak in 2009. But while commercial real estate’s upward trend of industry growth may have halted along with more or less everything else at the arrival of the coronavirus pandemic, there is reason to believe an unmeetable demand for talent is on the horizon.

Reflecting on the last economic downturn, Jeff Wittenberg, managing director of construction and real estate at recruiting firm Kaye/Bassman, said it is possible that not even the growing pool of candidates will spare CRE a talent shortage once the industry begins to recover from the coronavirus.

"If this period is prolonged, I think we’re going to have even more severe shortages than we did in the Great Recession," Wittenberg said. "I think at the very least we’re going to be dealing with that same proposition again — if not even worse."

Here are the key reasons why, despite high unemployment 10 years ago, the rebound from 2008 brought an ever-constricting talent shortage to the CRE industry, and why recruiters anticipate the same in the not-too-distant future.

While some aspects of the coronavirus pandemic may be comparable to the Great Recession, it's fundamentally different, Wittenberg said. And it’s impossible to predict the outcome. Many Americans may be forced to delay retirement and remain at work longer than they had planned on account of the depleted state of their 401(k)s.

But another possible outcome is that the coronavirus will push people to retire early. A January 2020 Allianz survey of retired Americans who had made at least $50K, titled “Most Americans Are Unprepared For How And Why Retirement Will Happen,” revealed that even before the pandemic hit, over half of workers retired earlier than they had planned due to factors beyond their control.

And according to Wittenberg, in 2008 and now, early retirement is one factor in the bigger picture of how economic downturns can lead to a talent shortage.

“In the past recession, we saw people go ahead and just retire," he said. "They might have wanted to work another couple of years, but they said ‘screw it, I’m going to go ahead and retire now.'”

Indeed, while the pandemic has caused unemployment to spike, the labor participation rate has taken a nosedive, according to new research. In other words, there are fewer people than before seeking to re-enter the workforce.

In her take on the study, Michelle Cheng at Quartz speculates as to why so many people suddenly appear to be retiring, despite the plummeting value of most Americans’ retirement investment accounts.

“Why are so many more people suddenly claiming to be retiring?" she wrote. "There are probably several explanations, but a glaring one is this: Older adults are some of the most at-risk in this public health crisis. As a result, many of them, concerned for their own health, may choose not to look for work.”

Whatever the reason, early retirement from industries such as CRE would mean the removal of some of the most experienced workers in the talent pool.

Again today, massive waves of layoffs and furloughs have rocked the industry, pummeling companies like WeWork, Knotel and Convene, Redfin and others.

“People are out of work. They’re going to go find whatever job they can, and in many cases that means they move out of the industry,” Wittenberg said. “A portion of them came back, but a portion did not.”

When they go, he said, they take their experience with them. Retirement and workers pivoting to other industries leaves gaps in the talent pipeline that must be filled by newcomers who often start at the bottom, including interns and recent graduates.

“If I graduate with a real estate degree and no one is hiring college grads in real estate, I’ve got to go get a job somewhere,” Wittenberg said. “Maybe some will try again in a year or two to jump back into real estate, but some will stay where they first landed.”

More than 3.5 million high school graduates and more than 1.3 million college graduates were expected to hit the job market this year. But with universities shuttered, many internships derailed or canceled, job offers rescinded, and bleak job prospects for the foreseeable future, many may not start their careers in the roles, or even the fields, they trained for.

“If we look at the last recession and what happened from a talent management standpoint, that’s probably the only thing we can kind of connect to this period,” Wittenberg said. “If it goes on for too long, the same will hold true. And we saw in the last recession that the schools were not graduating nearly as many people, so the top of the talent funnel was not getting filled as it had been under a normal period.”

According to Notre Dame Assistant Professor of Economics Chloe Gibbs, it’s already evident that the job market is inhospitable to graduating high school and college seniors.

“Evidence from previous pandemics indicates that the disruption to school-age children’s educational trajectories has long-lasting effects,” Gibbs said. “When kids are out of school, the differences in resources and environments they experience translate into gaps in skill development, so I worry that school closures could contribute to widening achievement gaps ... Efforts to implement remote learning may contribute to these gaps as children have differential access in their homes to the technology required.”

More Tech In The Workplace Than Ever

Speaking of technology, BDO USA’s Ross Forman, managing director of the firm’s Corporate Real Estate Advisory Services, anticipates an acceleration of workplace digitization as a result of the coronavirus pandemic, and that’s going to have an impact on the talent pipeline too.

Recent studies have predicted that by 2030, between 400 million and 800 million people worldwide may be out of work due to technological transformation of their jobs, and experts forecast that every emerging job will require basic tech competency from workers, excluding many.

There’s no dressing up this kind of workforce-gutting exclusion as anything but bad news. But for the smaller population workers with the right education, experience, tech proficiency and specialized skills to work in commercial real estate, no matter how dismal the unemployment rate, when hiring opens up again, Wittenberg said these types of workers will be in high demand. In fact, there likely won’t be enough of them to go around.