Kelani Blackwell joined CBRE as a commercial broker a month before the world shut down. She quickly came face to face with a challenge faced by other younger brokers and commission-based commercial real estate staff last year: how to stay alive when the deals disappear.

pxhere
Many junior brokers saw business plummet during the pandemic. Will that drive change to operations and compensation?

“I had to get creative,” the Columbus, Ohio-based broker told Bisnow. “As a millennial and woman of color, business development for me took a very different approach. This industry isn’t set up for folks who don’t have trust funds or parents who can set up their lifestyles until they set up a book of business, which can take three-to-five years.”

Blackwell’s path took a unique turn. After months spent refamiliarizing herself with the Columbus market, which she was returning to after 15 years away, she began networking on social media platforms, including the then recently launched Clubhouse, which led to her cofounding Women in Real Estate, or W.I.R.E., a networking group that now boasts 55,000 members, a paid membership tier, sponsors and live events.

“How do we survive and stay in the industry, and work within the industry, that’s how W.I.R.E. came about,” she said. “I initially joined Clubhouse last November trying to figure out what other professionals were doing to survive.”

Blackwell’s experience, and entrepreneurial success, have reinforced for her that, as an industry, commercial real estate can be siloed, and very limiting if your only focus is closing a transaction.

During the moments in the pandemic when the market came to a standstill in many places, especially fall of 2020, when even the biggest brokerages were taking big revenue hits, critiques about commission-based compensation became that much easier to see. A system that rewarded connections, experience, and closing above all things not only made it difficult for younger brokers in that moment, but had long contributed to issues in diversifying talent within the industry. While Covid may have seen the volume of deals and dollars slow down, it has accelerated the conversation about changing compensation structures and team strategies.

“There has always been a competitive culture, lots of lone wolves, dialing for dollars, and a sense the clock was always ticking,” a Cresa Chicago Managing Principal Allen Rogoway said. “There have always been downturns, but with the pandemic, people looked harder at different ways of doing things.”

Traditionally, brokers would take a 'draw' and borrow salary against future earnings for the year. Rogoway said few places operate strictly according to that formula anymore; many firms, especially the larger national and global CRE companies, have been moving away from that model and mix in base pay with some form of commissions.

Senior brokers both keep more of their commissions (as opposed to owing a percentage to the firm) and can determine the splits when multiple brokers are involved. Allison Weiss, founder and principal of CRE Recruiting, said she was seeing executives and top talent receive more commission-based bonuses due to the coronavirus pandemic.

The system still has a significant impact on the industry and its personnel. According to Bisnow reports, such a compensation system makes it harder for working-class brokers to survive the lean early years of their career and build up enough connections and experience to begin making a more significant salary. The system, which also relies on senior brokers determining pay splits when a deal closes, can lead to disparity in pay between genders. Critics contend that it hurts diversity and pushes away qualified younger talent. 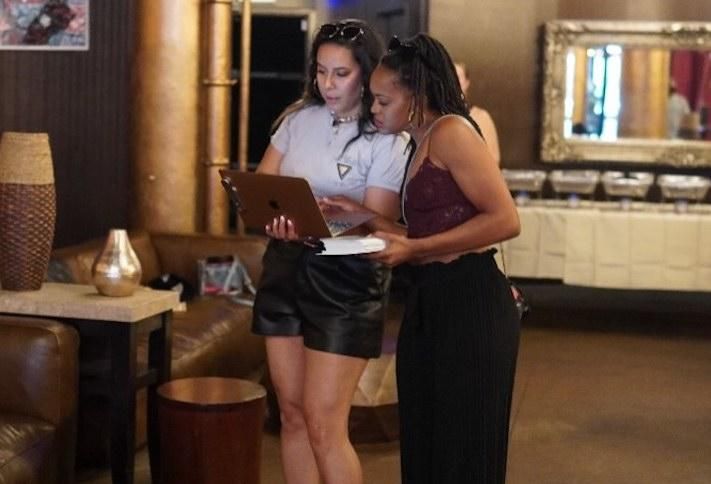 Rogoway and others believe the pandemic will hasten the shift away from that model, and reimagine the role as being more about consultation, services, and reimagining the future of the office, which will change the way firms charge fees and pay compensation.

“It used to just be about renting out a 10K SF space and getting a deal done,” SquareFoot Senior Managing Director Patrick Braswell said. “Now the client is stepping down to 6K, and using the space in a different way, and has to figure out ways to get out or restructure a lease, and the brokerage side needs to be more creative in how they help the client. Help them reimagine what space should look like. Growing, and shrinking, and change creates a lot of commissionable events.”

Braswell said part of the solution to helping junior brokers navigate the pandemic was providing guidance at the top. Beginning during the onset of wider shutdowns last spring, SquareFoot got in touch with clients to start talking about different strategies, putting leases on hold, and for the firm, approaching with different service offerings. That leadership gave direction to junior brokers, and it paid off.

“It’s 100% led to more business and strengthened relationships,” Braswell said. “In some cases, it has put us in the realm of not just a broker but a true adviser, which is a big difference.”

Brokers with more experience and a bigger book of business could fall back on other clients, and likely a financial cushion created after internalizing the up-and-down nature of the business.

Bay Area broker Tanya Patterson, a 22-year industry vet who runs her own firm, Patterson Investments, actually had a record year in 2020, posting 40% better returns, due to a mix of investments, working in different sectors of real estate, and making residential referrals. She said that it’s vital brokers, especially those new to the industry, diversify their skill sets, and figure out how to pivot and shift their mindset. Corrections are as regular as the seasons.

“I highly recommend that people simply don’t do what they do, and focus on one thing,” Patterson said. “The market shifts.”

Rogoway said he saw many brokers and teams pivot during the pandemic, forced to find different business opportunities that repositioned their relationship with their clients, such as lease administration, project and construction management, and subleasing.

“Nobody was pushing for new leases or anything long term, everybody was uncertain about this business and if you were pushing transaction opportunities you were pushed aside,” he said. “If you offered to help them rework their space, companies were paying for those services.”

Blackwell said she’s seeing that the traditional brokerage model is already changing due to the pandemic, with the shift toward services making it easier to take on a more multifaceted role. But more change is needed, she said.

Firms need to ditch the archaic apprenticeship model and the idea that those generating lots of revenue can do whatever they want. It’s also important that as compensation structures are shifted to focus more on teamwork and different types of contributions that serve a client, companies need to adjust their systems of promotion and mentorship accordingly.

“If I could give anybody advice, especially young brokers, I’d say the support you need isn’t always going to be found in your direct office,” Blackwell said “Create your own tribe, find Clubhouse.”

Can Covid be a catalyst to change the broker system?

“I hope so,” Braswell said. “But I’ve been in the industry long enough to know that it’s hard to change. Hard to tell someone to do things differently after they’ve made a lot of money in the past.”