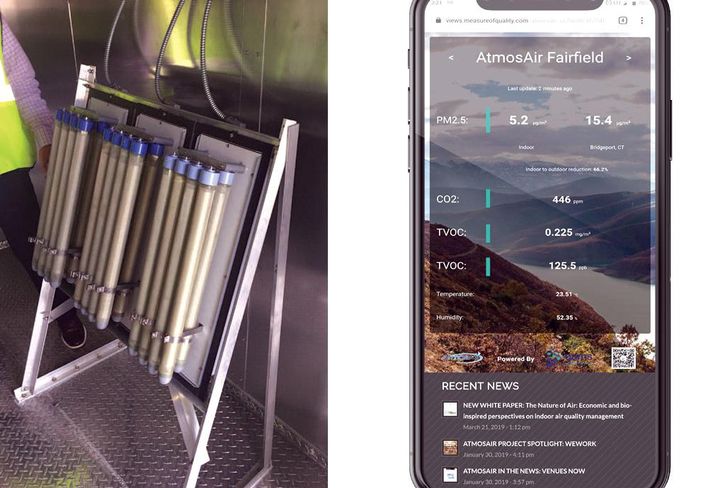 Courtesy of AtmosAir
Bipolar ionization technology in an HVAC, and air quality monitoring

As building tenants contend with coronavirus risk, property managers, owners and developers are flooded with offers of unusual new cleaning, sanitizing and safety services. The information can be overwhelming.

When it comes to air purification in buildings, installing glass tubes full of virus-disarming bipolar ions, irradiating the air with germicidal UV-C light, slapping a HEPA filter onto an HVAC system and working with the windows open are just a few of the approaches being considered.

Stand-alone UV-C air purifiers abound on Amazon. One “smart” air purification and quality monitoring wall unit has just crowdfunded nearly $300K on Kickstarter. Studies have shown that the technology behind some of these devices can help reduce the risk of infectious disease transmission inside buildings. But what devices and services are effective? And in what combination?

According to the Environmental Protection Agency, indoor air tends to contain somewhere between twice and five times the concentration of some pollutants compared to outdoor air. And Americans spend, on average, about 90% of their time indoors.

This isn’t all about viruses: Indoor air can be contaminated with everything from radon to Legionella bacteria (the cause of Legionnaires' disease) to dust mites and cockroach allergens, plus all the pollutants from outdoors that may pass into a building and get trapped inside.

Ventilating with outdoor air can help dilute airborne contaminants and decrease  disease transmission rates, including viruses like the coronavirus. The most barebones approach is as simple as opening the windows. Meanwhile, buildings can augment their entire HVAC systems to draw in more outside air.

But does better ventilation protect tenants against the novel coronavirus and other airborne illnesses? It is far from a cure-all. According to a 2009 paper by the World Health Organization, it is the least one can do: “There is little evidence that ventilation directly reduces the risk of disease transmission, but many studies suggest that insufficient ventilation increases disease transmission.“ 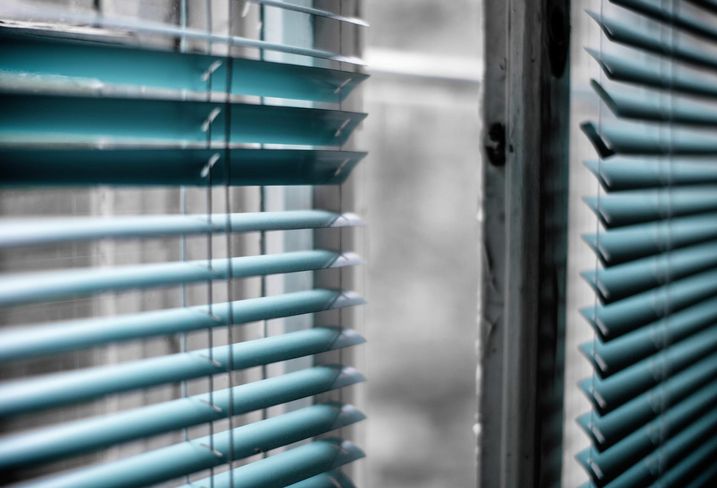 2. Removing Some Air Contaminants With Air Filtration Or Purification

As companies start to bring their workforce back to the office, there are concerns that ventilation may not be adequate recourse, and recommendations are circulating for portable room air cleaners with HEPA or High-MERV filters.

A 2013 study assessed recirculating HVAC filtration as a means of reducing risk of viral spread and found that MERV 13–16 filters (or higher) do reduce risk, but particle size is one of several variables that left the researchers with “a tremendous amount of uncertainty” about conclusive results.

“We don’t yet have direct evidence that filtration works to reduce transmission of the novel coronavirus,” University of Toronto Professor of Civil Engineering Jeffrey Siegel told Consumer Reports. “But we can infer from what we know for similar viruses, like SARS."

He added that based on data about similar viruses like SARS, there is reason to think air purifiers are helpful in some situations.

High-efficiency particulate air, or HEPA, filters are the hot option for their exceptional filtration power: A NASA study cited by The New York Times’ Wirecutter on HEPA for coronaviruses suggests that they can effectively filter particles much, much smaller than the coronavirus — 0.01 microns. Coronavirus is .0125 microns.

That stands in comparison to the suddenly ubiquitous N95 mask, named for its government efficiency rating, which indicates that the mask blocks about 95% of particles that are 0.3 microns in size and up.

“The big thing with trying to say that a HEPA filter would do any good is whether you’re getting anything to the filter or not,” Kathleen Owen, a consulting engineer specializing in air filtration, told The New York Times. “If it turns out — and this is the big if; I’m not sure you should even mention it — but if there’s stuff that’s getting into the air, HEPA would catch it.”

The conclusion is that HEPA filters can help protect against the coronavirus “in theory” but cannot be considered a “first line of defense against the COVID-19 virus” and that more research is required to understand how long coronaviruses stay in the air.

"All of these [filtration options] have some potential," NYU Clinical Professor of Microbiology and Pathology Phil Tierno told Bisnow. But he added, "all of these require attention. HEPA filters get clogged up."

He said that while the virus is known to be transmissible via the air, it is also known to adhere to surfaces. So no matter how effective an office's air filtration is, surfaces — which are potentially being continuously exposed — remain a threat.

There is even a possibility that coronavirus-infected aerosol droplets that have landed on a surface can manage to re-suspend in the air. More research is required there, but the possibility proves the importance of a multi-pronged approach to air and surfaces. 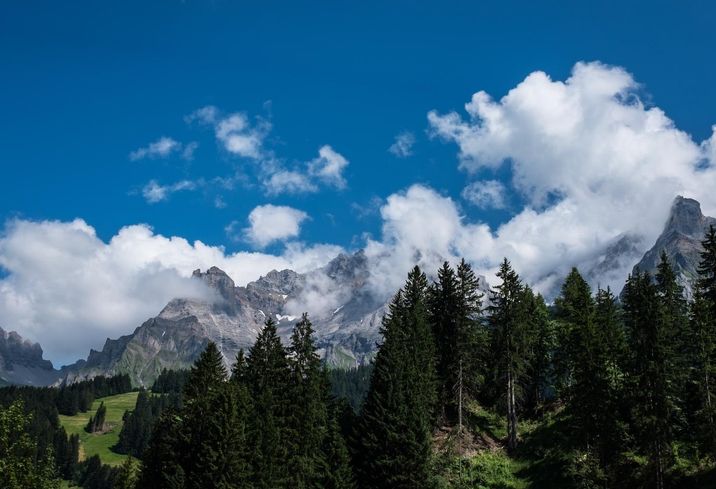 3. Disarming Some Air And Surface Contaminants By Installing Bipolar Ionization

Ions are naturally occurring electro-charged molecules that thrive in fresh, outdoor air, especially in the wildest places with the freshest air (mountains, waterfalls). In places like those, Tierno said, there may be thousands more ions per cubic centimeter than there are in the air inside of an office building.

The benefit of the ion, as Tierno puts it, is that “these particles do a good number on killing microorganisms, fungi, bacteria and viruses” by way of disturbing the protein membrane of microorganisms — viruses like influenza included — and thus disarming them.

Thus ionizers have been used for air purification in other industries, such as the healthcare industry, for decades, according to AtmosAir Chief Technology Officer Tony Abate. The physical infrastructure involves a science-fiction-like network of mounted glass tubes that integrates with an HVAC system.

Tierno said he installed bipolar ionization in his own home “after doing extensive investigations,” because “it’s continuous disinfection that does not involve your direct intervention. In other words, something that’s passive. I do nothing.”

The right air filtration technologies will trap nearly 100% of contaminating particles in the air they are filtering “after the air reaches the filter,” Tierno said. “So, the air coming out will be cleaner air — but as other people are there around you, they’re still spewing out virus. The difference between that and bipolar ionization is that [the latter] is continuous — It’s already in the air.”

Some ionizers are known to generate ozone, which can be harmful over a certain level. (AtmosAir in particular claims that independent testing has verified that its patented system, however, does not.)

Abate helped patent the technology and bring it to the marketplace in the early 2000s, originally marketing it for its ability to reduce spores and allergens, break down VOCs and odors, and fight viruses, bacterias, molds and organisms that can affect you, he said.

“So, what the bipolar ionization systems do is restore that balance [of ions] in an indoor environment,” Abate told Bisnow. “Ions will interact with viruses or microbial particles in the air or on a surface ... Other cleaning methods may not get to every place or surface,” he said. “The ions can touch and provide this continuous disinfection anywhere that the air touches, like the underside of a desk or the back of a doorknob.”

Tierno said it has not yet been confirmed in studies that bipolar ionization technology addresses the novel coronavirus specifically. But the ions have a "proven capability to disarm a wide range of other microorganisms." He cautions that the glass tubes need to be replaced periodically — approximately every two years — to remain effective. 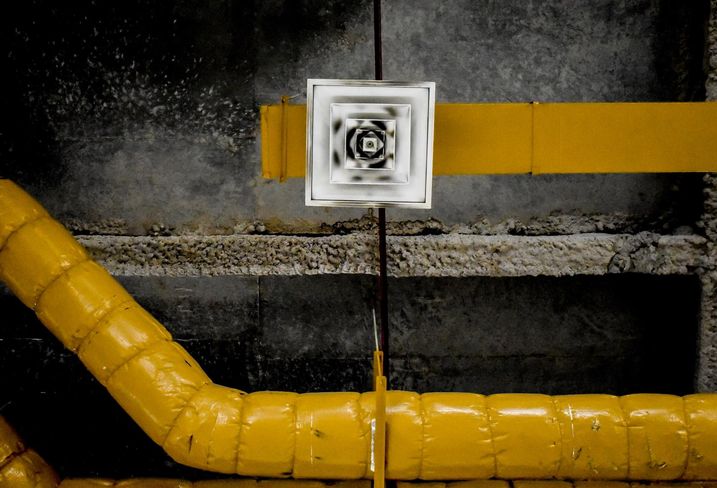 4. Disarming Some Air Contaminants By Zapping Air With UV-C Light

When the pandemic struck, Hillwood Urban Executive Vice President Ken Reese was in the midst of developing an office project in Dallas, Victory Commons, that has, mid-construction, pivoted into a way to showcase new technologies in a post-pandemic world of work.

One of his missions was to investigate whether HVAC technology combined with short-wave ultraviolet (UV-C) light technology — another sterilization method already in use in hospitals — can help reduce risk of viral spread.

UV-C inactivates airborne pathogens (including mold, bacteria, viruses) for some time, to positive effect. Free-standing units are sold, but the most effective incorporate into an HVAC system.

“Within the ducts of the HVAC system on each floor, we’re going to be installing a UV black light section of the duct,” Reese said. “Air goes through this intensive black light that kills all the airborne bacteria, so it’s meant to expose the circulating bad air to the light and purify it.”

In order for such a system to be effective, there are many factors to balance. “You need to slow down the flow in order to effectively kill organisms," Tierno said. "You have to slow down that air, make it go through a circular coil so that it’s hit for a certain amount of time in order to kill microbes.”

When evaluating these systems, experts recommend asking questions including: Are pollutants definitely coming into contact with the light, for an adequate amount of time and at an adequate dosage? Is there anything about the air quality or temperature that could inhibit the effectiveness of the light?

Like the danger of ozone in ionization technology, certain UV-C technology may add radiation to the air, and for humans exposed to UV-C light, the light can be a carcinogen.

5. Defraying The Spread Of Air Contaminants By Maintaining Optimal Humidity

On the low-tech end, along with opening windows to let in ions and ventilate the air, one solution is maintaining optimal indoor air humidity.

“With all of the air circulating, the relative humidity can be important in reducing viral spread,” Tierno said. “Viruses spread best in a dry environment. The more humidity the less they can spread.” He compares moisture in the air to a wall in a building: “If you have low humidity, it can spread quite easily.”

While this strain of the coronavirus “mutates a great deal,” viral pathology experts know that, at least, it began as a “winter virus.” According to Tierno, a coronavirus is very prevalent in winter’s cold, dry air, while in the summer, past examples have been known to “peter out.”

The effects are being studied in a wave of new mouse studies, with a recent scientific review by Yale immunologists concluding that a relative humidity of 40% to 60% may be ideal for thwarting spread of the novel coronavirus, and that an environment of 50% relative humidity contributed to good viral clearance — nurturing epithelial cell repair in the lungs after an infection — and an efficient immune response.

Buildings can increase humidity via heating and ventilation systems, or by using portable humidifiers. Of course, increasing a building’s humidity without offsetting that increase in some way has its own side effects, from higher winter energy costs to a possible increase in mold.

Tierno offered one last reminder: No matter what offices do about their air, based on what we currently know, no measures or recommendations negate or replace the importance of face masks, social distancing and washing hands often.