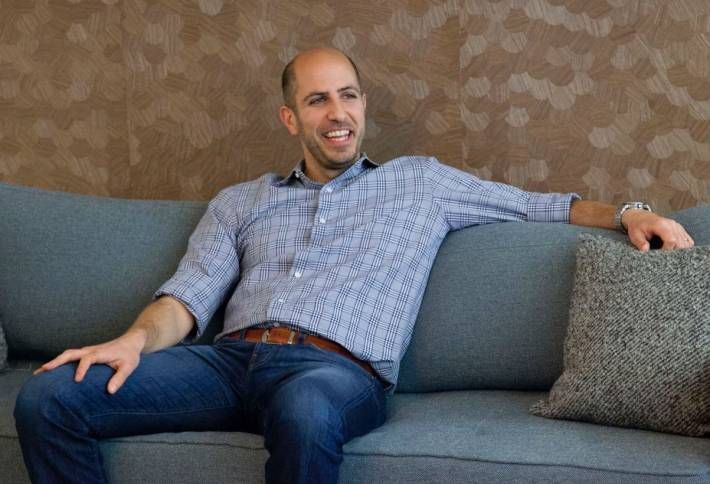 For more than a year, the biggest real estate services company in the world has been picking over Richard Sarkis’ creation, testing its capability and evaluating if the platform is worth its time and money.

“As the founder of a company, you’re always nervous when your baby makes its debut into the world,” said Sarkis, the CEO and co-founder of Reonomy. “Sure, you can pass it around and people say, ‘It’s cute,’ but to have it evaluated and determined that it has value is something different.”

CBRE liked what it saw, and it will be the latest, and biggest, company signed to Reonomy's data platform, Bisnow has learned. Nine of the 10 biggest brokerage firms in the country are now Reonomy clients, including HFF, Newmark Knight Frank and Avison Young.

Reonomy was founded in 2013 as a commercial property data engine in New York. In its first iteration, it scraped public records for data about buildings, including sales, lot size, assessed value and actual owners. In 2017, it expanded its platform nationwide, and now has detailed information on 50 million commercial properties.

Last year, the PropTech firm upped its venture backing to $68M with two rounds of fundraising. Behind that backing, Reonomy has shifted its focus to helping companies manage and translate their data. It is building out a universal language for commercial real estate, modeled after CUSIP for trading securities, that Sarkis believes could change the way the industry treats its data.

In short, a building should be easily searchable by its address. But anyone who has searched for building data online knows that some buildings have multiple addresses, or the abbreviation of its street name could vary, or it is misidentified by what city it is in or any number of other things that can trip up a property search. Reonomy's data service uses machine-learning to make all of a company's data uniform and searchable.

"CBRE being the largest [firm], they have the most data," Sarkis said. "They’re generating all this data on a constant basis, anytime they show a space or appraise a property it’s generating really high-value proprietary information, and all that data is very fragmented and siloed."

After the year of testing, CBRE will pay Reonomy to access its 50 million-property database, but mostly it will partner with the company to help "weaponize its data," Sarkis said.

"It was such a watershed moment for us and the team here," Sarkis said, breathing a sigh of relief after a year of testing and negotiating. "It wasn’t just some sales and marketing razzmatazz that they bought into."