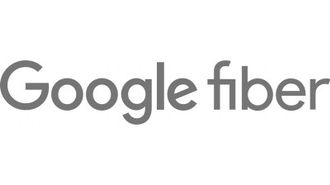 You Can Stop Saying CRE Is Slow To Adopt New Technology

Saying commercial real estate has been slow to adapt to technological change fails to convey the nuanced nature of the issue. Tech companies have quickly developed a number of new CRE-oriented products, and many castigate legacy companies that seem unwilling to invest the money and training time to implement all of them.

But, CRE’s perceived sluggishness may actually be blamed, at least partially, on software developers. CRE pros have been making valiant efforts to update their systems, only to be met with roadblocks, and, interestingly, professionals in every other industry similarly feel behind the innovation curve.

“For a long time the industry was looking for solutions, and begging for solutions, and now we have solution overload,” Boxer Property president Justin Segal said. "We went from having just a couple of siloed systems to now having hundreds or thousands of them. It’s not clear which is better, but neither situation really solves our underlying problems, and it still looks like the industry is struggling to adapt.”

He said the mass proliferation of apps inundated the industry and led to low utilization rates, discouraging further software-related expenditures by firms.

“Each app had a specific purpose and seemed to be meeting some need, but training employees on a plethora of new systems and managing them is a nightmare. We have an application for this and an app for that, so now, how do we manage this portfolio?”

Unsplash/Tim de Groot
L'Hemisferic is part of the City of Arts and Science complex in Valencia, Spain. The building was designed by Santiago Calatrava to look like a giant eye surrounded by an eyelid that can be closed or opened. L'Hemisferic is considered one of the 12 treasures of Spain.

Systems that can integrate and share data with each other represent one solution, as this limits the number of sources people have to use.

“We also see systems that provide the ability to pull in information from different places without having to log into six or seven systems,” said Segal, who developed an enterprise-level application management system that consolidates the programs property managers rely on.

“It totally transformed our business,” he said. “We became agile and got new clients, expanded to new geographies, added asset types, etc.”

“It was so successful we spun it off as a separate venture a year ago, and now we have a rapidly growing customer base, many of whom have nothing to do with CRE,” he said.

It is noteworthy that Segal’s spinoff company started as a CRE-oriented innovation and has diffused to other sectors, positioning a commercial real estate company on the vanguard of modernization, rather than casting it as an industry perpetually playing catch-up.

Segal admits to being among those who used to bemoan how slow CRE was to adopt new technologies. “But then we started going around to companies in other sectors and talking to people and we realized everybody’s the same.”

This inferiority complex that insinuates that others are adapting faster pervades every industry. “Whether we’re looking at banking, insurance, education, government, law firms or retail, nobody thought their sector was a leader, and everybody felt behind.”