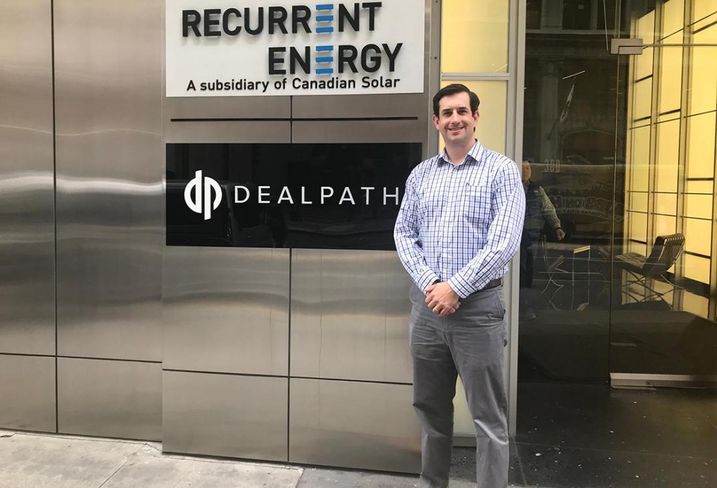 A PropTech company that aims to simplify deal flow management for real estate investors has received backing from the world's largest owner of commercial real estate.

Blackstone made a strategic investment in Dealpath, the PropTech firm announced Thursday. The parties did not disclose the terms of the deal, but Dealpath CEO Mike Sroka told Bisnow that Blackstone is a minority investor in the company.

Sroka founded Dealpath in 2014 to provide a software platform for real estate investors to manage all of their deals and assets in one place. The company announced in December the platform has supported $5 trillion in equity and debt transactions. Dealpath has offices in San Francisco and New York.

The investment from Blackstone comes after Dealpath closed its Series B round in February 2019 with backing from JLL Spark, 8VC and GreenSoil Investments. Sroka said having the backing of Blackstone will help Dealpath stand out among the plethora of PropTech companies that have popped up in recent years.

"They are the largest real estate owner in the world, which is a testament to the power of our technology and the massive opportunity in front of us," Sroka said.

Blackstone was already Dealpath's largest client prior to investing in the company, Sroka said. The private equity giant began using Dealpath about two years ago, starting with portfolio companies including EQ Office and Rockpoint Group, before offering the platform to hundreds of professionals across the larger Blackstone empire.

Investing in PropTech companies is not a core part of Blackstone's business, said Blackstone Managing Director John Fitzpatrick, who oversees part of the firm's technology team. But he said it has made a handful of strategic investments in PropTech companies that add value to its real estate portfolio, including VTS, Aquicore and Zumper.

Fitzpatrick said Blackstone explored a variety of deal flow management technologies, including ones not specific to real estate investing, before deciding that Dealpath was best suited to meet its needs. Investing in the company gives Blackstone a greater ability to work with the Dealpath team to customize its products, he said.

"We decided to go with a solution more custom-tailored to the real estate space," Fitzpatrick said. "We believed with us being a large real estate investor, we could help to shape the platform and fill in gaps from a product perspective to make the product better and more helpful for us."

Sroka said he is looking forward to working closer with Blackstone to help improve the firm's deal flow management.

"Blackstone intends to continue building on Dealpath as a core of its data strategy and architecture, and that is exactly where we want to be positioned," Sroka said. "We're super-excited to be working closely with them."