Exclusive Q&A With The Founder Of A Real Estate Tech Community: 'You’re Going To See A Thinning Of The Herd' 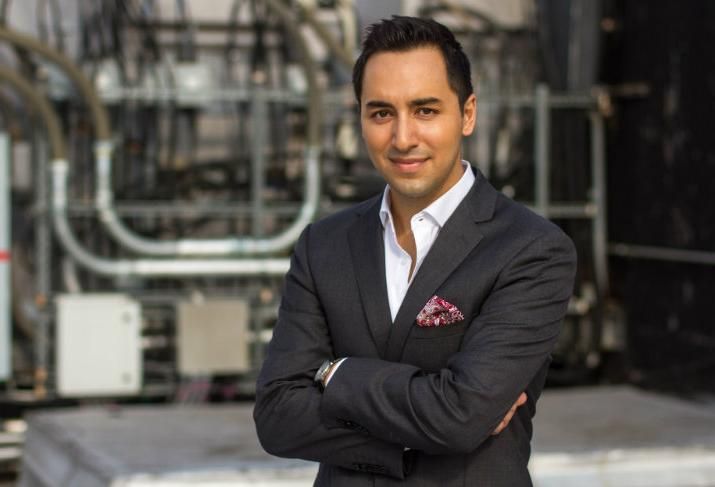 Ash is also founder and CEO of Falkon, a mobile platform providing property-level data for every freestanding building in NYC.

Bisnow: Why did you found RE:Tech?

Ash Zandieh: The whole idea behind it was to help early-stage real estate technology companies gain some traction. From there it spun off into other things, like a consultancy and a real estate marketing company. When I launched RE:Tech, I had Falkon in mind at the same time, but I didn't want to release a product that isn't fully vetted prior to launch. So I spent the next several years researching and getting the word-of-mouth out there of what I’m working on.

Bisnow: So the founding of RE:Tech was in response to this boom in real estate tech companies?

Ash Zandieh: It wasn’t exactly a reaction, to be honest with you. There were only a handful of these companies out there. In 2012 and 2013, it was only Compstak, VTS and a few other players—there weren’t very many in the commercial real estate space. I just loved them, I was so passionate about the product. My objective in NYC was to create this community of young professionals who want to learn about real estate tech and how it would impact their business, if at all.

Bisnow: What gave you this passion for real estate technology?

Ash Zandieh: I grew up in a real estate family, but I didn’t get into real estate until later—I came over from the music industry. I came to real estate with a different lens to look through; the way I looked at properties was similar to how I would look at an artist. I was fascinated with the complexity of the commercial space, and I started to specialize in representing startups. I became an adviser to some of these companies, and then I started conducting some qualitative and quantitative research on tech’s impact on real estate. Eventually a bunch of these startups came and asked to demo for me, and that’s where RE:Tech started.

Bisnow: Being involved with these tech companies, what are the specific difficulties you’ve seen them facing?

Ash Zandieh: The common difficulties that you hear are traction and adoption.

Bisnow: Why is that?

Ash Zandieh: Well, I believe there is a thirst for real estate tech, but my inkling is, for every VTS there are 10 companies that are absolutely useless. I honestly think that 90% of these real estate technology startups don’t deserve to exist—they’re either extremely overvalued, or sometimes just don’t solve any problem. There are some that actually create more problems than they're solving. And  those are the ones where you hear that adoption is an issue.

Bisnow: It sounds like you think there could be a bit of a bubble happening with these real estate tech startups.

Ash Zandieh: I think that the VC community has overinflated the value of a lot of these companies. And that’s part of the reason why both RE:Tech and Falkon are self-funded. I think the best products come from a personal need, a problem that is creating such a disruption in your life that you need to solve it. For some reason, people are solving the wrong problems, whether it's real estate tech or tech in general. I think the VC community actually has done a disservice in this space.

Bisnow: Where do you see the real estate tech space going in the next few years?

Ash Zandieh: I think you’re going to see a thinning of the herd. There’s a lot of the cows that are being led to slaughter, and a lot of these companies are going to diminish in the next few years. They’re not going to have enough capital to survive—the ones that aren’t profitable are going to be out of the equation. But I also think you’ll see a lot of players popping up in the finance space, and maybe even in real estate-specific accounting software.