Bisnow Sharestates Q&A: All The Big Crowdfunders Have Institutional Partners

Real estate crowdfunding is the hot new thing, letting individuals invest in property with as little as $1k (even if there is a little trouble in paradise recently). Real estate crowdfunder Sharestates rakes in 80% of its funds through institutional investors, as opposed to "the crowd"—making us wonder whether this breaks the mold (or the ethos?) of crowdfunding. We went straight to the horse's mouth—Bisnow sat down with Allen Shayanfekr, lawyer-turned-founder of Sharestates for his take on the big guys getting in on the crowdfunding game.

Bisnow: You guys hit $100M raised through your site, how long did that take, and how much of that was through institutional investors, instead of what we would think of as the traditional “crowd?”

Allen Shayanfekr: That’s was mostly over the last 12 months, since our launch in February. It was about 80% institutional, 20% individual. When we originally set out to launch this platform we were of course targeting individual investors, and they still are very much our focus. But we realized that in order to make sure the company was healthy and going to be around for the long haul to eventually catch those individual investors, we needed to be able to drive volume.

Bisnow: If you’re taking on so much funding from institutional investors, what separates you from being just an online hedge or private equity fund?

Allen Shayanfekr: Well, the goal is eventually for us to lower the ratio—we want our individual investor base to be the majority of the platform. But, being a startup, there’s multiple roadblocks you’re going to hit. For us, in order to target that individual investor base, it’s really about marketing and advertising the brand out in front of people and making them feel comfortable—and we need the funding to do that.

Bisnow: So do you see other crowdfunding firms taking on more institutional investment?

Allen Shayanfekr: I think most of them have institutional partners at this point. Fundrise has them, RealtyMogul has them, Patch of Land just announced an institutional partner coming in for a large commitment. There’s probably only half a dozen firms, maybe a little more, in the space right now that have some traction. Of those half a dozen I’m pretty sure they’re all using institutional capital of some kind. It’s something that’s unavoidable. It’s just a matter of how the platform is going to manage that investment. 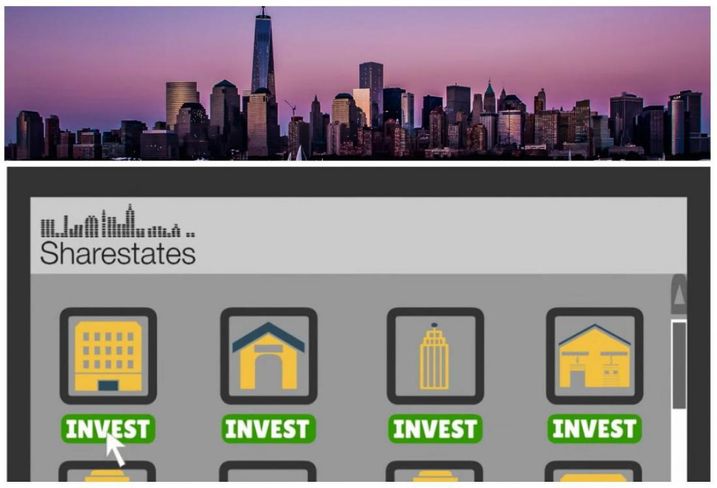 Bisnow: Do you worry that having these institutional investors goes against the “ethos” of crowdfunding?

Allen Shayanfekr: I don’t think so. I think when crowdfunding first started there were a couple of core concepts. One was opening up the investment class to the crowd. Item No. 2 is transparency. And I think item No. 3 is really the passivity of it—having the ability to custom pick and build your portfolio but at the same time having a passive experience.

Most of the people investing in the crowdfunding space are not necessarily real estate professionals, they’re people with day jobs. While the concept of trying to create a direct investment process is exciting, many people are not going to have time to sit there and build their own portfolio. So part of the crowd has said they want some sort of managed product. As long as you can cater to both the institutions and the crowd, and have both opportunities there, there’s no harm in doing it.

Allen Shayanfekr: It’s definitely slower to adapt than other sectors, that’s one of the main sectors that has yet to kind of move into the 21st century. The first foray into modernizing real estate investment was the advent of publicly listed REITs. And now in 2016 you’re starting to see many different forms of real estate technology. You have mortgage companies that have gone online, so consumers that are looking to buy their first or second home can actually get their mortgage online so they don’t have to go to a brick-and-mortar location.

But real estate has been slower to move for two main reasons. One, it’s generally a fragmented market. There’s little transparency from one side of the country to the other as to what the markets look like and what the markets are doing. In other words, you could have two properties right next to each other that are pretty substantially similar, but one could sell for $1M while the other sells for $1.5M; there’s that inefficiency.

Two, it’s just a more complicated transaction in general. You can go online and buy options, futures, gold on the public markets, but with real estate there’s still a physical transaction. Because you have a buyer, a seller, a bank, notaries and all of these different parties that have to come together it becomes kind of difficult to move that transaction into the tech space. But that’s what you’re seeing right now.