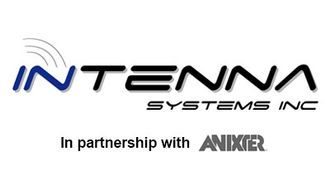 The “5G revolution” promises drastically improved data speeds along with intelligent networks that can evolve with growing demands — provided your building doesn’t rise above three stories.

As AT&T, Sprint and Verizon roll out new networks in select cities, the hype around 5G is growing. But what building owners may not realize is that a 5G signal will be distributed in a way that no longer accommodates connection for taller buildings. To preserve a strong signal for their tenants and invest in smart building upgrades, owners need a technology that bridges the connectivity gap in their buildings, top to bottom.

“It’s very easy to hop on the 5G bandwagon,” Intenna Systems President and CEO Christopher Lange said. “But the newest wireless network will actually create connection issues for any property above three floors. Those changes have to do with the fundamental science behind 5G. Fortunately, there’s a technology that has existed for more than two decades that can solve this issue: distributed antenna systems.”

In addition to using existing cellular frequency bands, 5G will use radio wave frequencies in the 26, 28 and 38 GHz bands. These high-frequency signals can carry data faster and more reliably, but the signals also degrade more quickly than lower frequencies over the same distance. This means 5G technologies will cover far less ground than 4G-LTE networks.

The carriers’ solution to this issue is network densification: Smaller, more tightly packed antennas will soon become the norm for supplying fast, reliable coverage for every customer on the street.

“That’s where in-building coverage is lost,” Lange said. “The massive cellular tower on top of a nearby building that had always supplied coverage to the 20th floor of a high-rise will soon be phased out in favor of many smaller antennas mounted on lamp posts or traffic lights. Eventually, access to reliable coverage in urban buildings will be almost impossible.”

The only way to save in-building reception, Lange said, is with a distributed antenna system. This system establishes a dense network of small-scale antennas inside a building that successfully brings the outside network in. These antennas create a micro-network that mimics the function of the macro-network outdoors and propagates a reliable connection throughout an entire property.

Building owners don’t have to wait for 5G to install a DAS. Even today, buildings with a DAS provide significantly better cell performance than buildings close to a cell tower, Lange said.

Engineers in the DAS industry have been prepared for the next generation of cellular for decades. Intenna Systems, a DAS design and installation firm, has been in the industry for more than 20 years and is already preparing for the shift to 5G.

“With new, digitally based distributed antenna systems, we are now deploying infrastructure that provides the foundation for 5G and private LTE networks in addition to immediately broadcasting state-of-the-art 4G networks,” Lange said.

Corporate tenants rely heavily on strong, uninterrupted digital connectivity. Successful commercial enterprise will not be feasible without reliable cell coverage. In order to benefit rather than suffer from new 5G networks, property managers need the right solution. DAS is fast becoming a necessity for maintaining in-building connectivity and keeping up with a quickly evolving technology.

This feature was produced by Bisnow Branded Content in collaboration with Intenna Systems. Bisnow news staff was not involved in the production of this content.

Intenna Systems
Incorporated in 1998, Intenna Systems was created to respond to the prevalent indoor use of wireless technologies and the need to provide coverage and capacity to the user with distributed antenna system (DAS) networks. With over two decades focused on providing wireless coverage and capacity to challenged environments, the Intenna Systems team possesses vast experience with designing, building, optimizing and maintaining best-in-class solutions for our clients. We are distinguished by our commitment to quality and delivering the right solution to meet our customers’ diverse communications needs. Our services are customized to meet client requirements and range from site surveys to turn-key solutions for wireless systems, with a focus on small cell and Distributed Antenna Systems (DAS).
Confirmed! You are subscribed to the Bisnow National E-Newsletter.
Most Read Stories
More Top Stories
Bisnow National Newsletter
Bisnow National Newsletter