Sen. Bernie Sanders (I-VT) and Rep. Alexandria Ocasio-Cortez (D-N.Y.) have introduced legislation, called the Green New Deal for Public Housing Act, to make U.S. public housing units more energy-efficient, as well as make other repairs. The bill calls for an investment of $180B over 10 years. 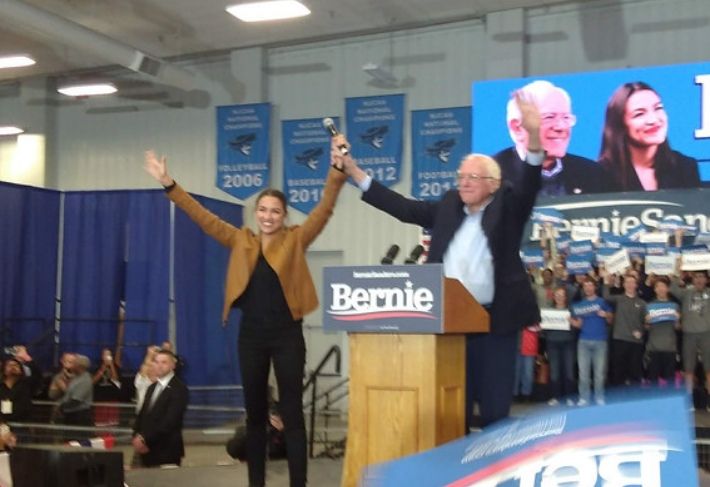 The proposal calls for the retrofit of the entire stock of U.S. public housing, roughly 1.2 million units, to make them carbon neutral.

The authors say the bill would create about 240,000 jobs a year and reduce greenhouse emissions that are the equivalent of removing 1.2 million autos from U.S. roads.

“For an estimate between $119B and $172B, you could decarbonize the country’s entire public housing stock,” Billy Fleming, Wilks Family Director of the Ian L. McHarg Center for Urbanism and Ecology at the University of Pennsylvania, told CityLab.

Repairing public housing is also part of the proposal, since most of it is at least 40 years old and needs new windows, plumbing, roofs and heating systems, the Urban Institute reports. The federal government finances both the capital costs and operations of public housing, while local housing authorities own and operate the properties.

Upgrades would also be made inside units, such as installing all-electric appliances, energy-efficient lightbulbs and low-flow toilets, Vox reports. Lead pipes would be replaced, and resiliency would be added to public housing in areas vulnerable to effects of climate change.

One big winner under the bill would be New York City, where the nation’s largest public housing agency faces about $32B in deferred maintenance. Among other problems are broken elevators, toxic mold and vermin infestations, along with malfunctioning heat and hot water systems, Curbed New York reports.

"This bill shows that we can address our climate and affordable housing crises by making public housing a model of efficiency, sustainability and resiliency," Sanders, who is running for president, said in a statement.

The proposal supplements the Green New Deal, introduced by Ocasio-Cortez and Sen. Edward J. Markey (D-Mass.) earlier this year. The initial Green New Deal proposal included a variety of policies aimed at tackling climate change, but said very little about housing, the Washington Post reports, though residential and commercial buildings account for about 40% of total U.S. energy use.

The idea of a Green New Deal has some traction in public opinion, according to a PBS NewsHour/Marist poll, with 60% of registered voters characterizing it as a "good idea." Approval tends to break along partisan lines, with 86% of Democrats calling it a good idea, but only 26% of Republicans doing so (and 64% of independents).

The Green New Deal has also attracted its share of scorn, with critics characterizing it as too expensive, vague or socialism.

"Are we going to turn this into a socialist country? Don't assume it cannot happen," Sen. Mitch McConnell (R-KY) said in April, as reported by CNN. "If I'm still the majority leader of the Senate, think of me as the Grim Reaper. None of that stuff is going to pass. None of it."