For This Developer, Student Housing Is The Goal, But The OZs Are A Big Bonus

The very first opportunity zone project in the nation may have been a new student housing complex near the University of Louisville.

“We signed a contract for the site very early in 2018, before the industry had really figured out what opportunity zones were all about,” said Jared Hutter, the CEO of Aptitude Development. Hutter founded the student housing development firm with his partner Brian Rosen. 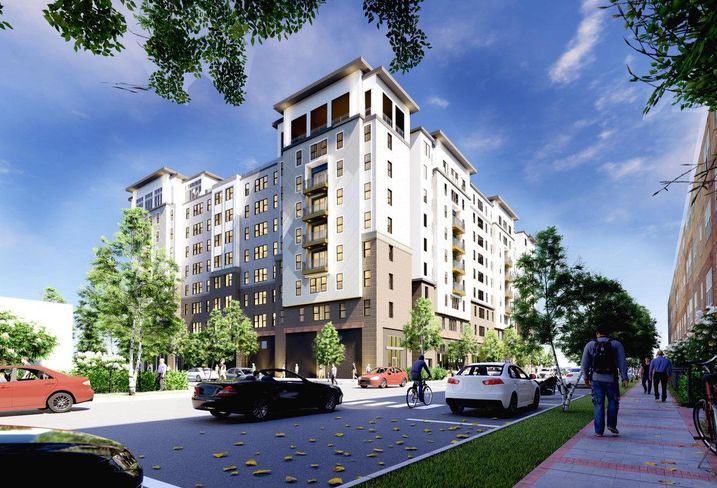 Courtesy of Aptitude Development
A rendering of the Marshall Louisville, Aptitude's 10-story luxury student living complex near the University of Louisville

As the maps of OZs took shape in the spring of 2018, Hutter and the other principals at Aptitude realized the Louisville property sat within an OZ and immediately immersed themselves in the program. They raised new capital and restructured their investment to function as an OZ business. To this day, Hutter said, he has not heard about any OZ project that deployed earlier.

Aptitude only set out to be a great student housing developer. But as it has grown exponentially in the last five years, Hutter said, the company has become a de facto expert in the world of OZ development, because many of the nation’s largest public universities are encircled by OZs.

“States were given 60 days to draw up their OZ maps,” Hutter said. “It was by no accidental effort on the part of states that the big public universities were included. States want to continue to encourage development around those schools.”

Aptitude, which completed its first two projects near Hutter’s alma mater, Syracuse University, has projects under construction in Louisville and near Coastal Carolina University in Conway, South Carolina. The developer is breaking ground imminently on OZ student housing projects in Birmingham, Alabama, Lexington, Kentucky, and Fayetteville, Arkansas, and has numerous projects in the pipeline in OZs around the country.

“All of our OZ deals are projects we would have gone after regardless,” Hutter said. “The fact that they happen to be in an OZ is just an added bonus for our investors and their returns. Working in OZs lets us make a long-term bet on great locations adjacent to high-quality institutions.”

Student housing projects do seem to go hand in hand with the opportunity zone program. Investors that may be wary about pouring money into underdeveloped areas can rest easier knowing that tens of thousands of students eager to move off campus will provide immediate and consistent demand for new apartments.

Having a few hundred students move in provides demand for nearby services and retail, breathing new life into neighborhoods that may have struggled for decades in the direct shadow of a university.

In order to draw in residents, Aptitude works to outfit all of its projects with the sorts of amenities that today’s students want. Generous gyms — and where possible, outdoor pools — are complemented by massive study spaces. "The Thought Center," as Aptitude has branded its study areas, feature private workrooms, incubator-style coworking spaces and, of course, blazing internet speeds.

“The average student housing asset in the U.S. is over 50 years old, but the needs and wants of students have changed drastically in the last decade,” Hutter said. “They don’t want cinderblock walls, two beds to a room and a bathroom down the hall.” 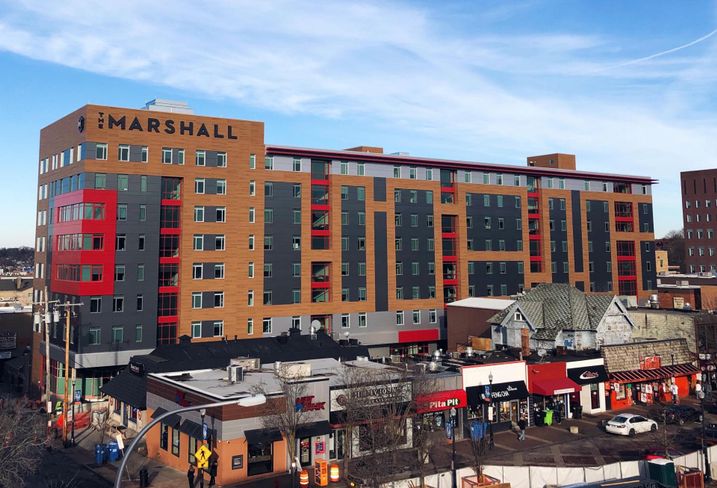 Courtesy of Aptitude Development
A rendering of The Marshall, Aptitude's second project in Syracuse, N.Y.

While there is an element of risk in any real estate development, Hutter feels that student housing is as safe an investment as one can make these days. The public universities that Aptitude targets have large and growing student populations that are essentially captive, and he believes students will increasingly choose purpose-built student housing that caters to their lifestyle, rather than on-campus facilities or old rental houses.

“Students are always going to live within a certain radius to the university,” Hutter said. “Draw a half-mile ring around campus. If you can build something there, you’re in great shape.”

Hutter described how prospective Syracuse students and their parents will now stop by Aptitude’s building near campus on their initial college visits, envisioning how it would be to live there in a few short years.

Colleges have sometimes seen private student housing developers as a source of competition, since room and board can be a significant portion of their income, especially for large public universities. However, schools are coming around to the idea that they need great housing to attract the next generation of students.

Having great private housing for students means universities are free to invest in constructing new academic buildings and making much-needed renovations to existing ones.

Aptitude will break ground on its fifth ground-up development this year near the University of Arkansas in Fayetteville. It will be the firm's largest project to date, with 650 beds.

With its sixth and seventh projects in the pipeline for 2020, Aptitude expects to reach 10,000 beds before 2025. Though so many of its projects are in OZs, Hutter said the company has never sought out OZ projects in particular. Instead, they keep falling into Aptitude’s lap.

“Many of the OZ funds you hear about are these big blind funds which raise a ton of capital before even deciding where to deploy it,” Hutter said. “We’re able to offer investors a look at exactly what they’re investing in, and make the case for why that particular project is primed for growth. Out of every sector of the real estate industry, the one that’s best suited for OZs is student housing.”

This feature was produced in collaboration between Bisnow Branded Content and Aptitude Development. Bisnow news staff was not involved in the production of this content.

Aptitude Development
With a concentrated focus on student housing, Aptitude has been consistently delivering strong risk-adjusted returns returns to its investors through an ornate ability to create value in strategic land sourcing and taking the projects through the approval, design, construction, and operation phases. Aptitude is as hands on as anyone can be from beginning to end because at the end of the day, no one cares more than the owner! Aptitude is quickly becoming a force to be reckoned with throughout the country and has a pipeline of projects that stretch from coast to coast.
Confirmed! You are subscribed to the Bisnow National E-Newsletter.
Bisnow National Newsletter
Bisnow National Newsletter