With land costs staggeringly expensive and capital harder to get than it has been in a while, a careful strategy is necessary for even big companies to play in the student housing space. We talked with SVP John Deidrich about CA-Ventures’s strategy for its student housing. Meet John at Bisnow’s sixth annual Student Housing summit on June 14 in Philadelphia, and read on for a preview. 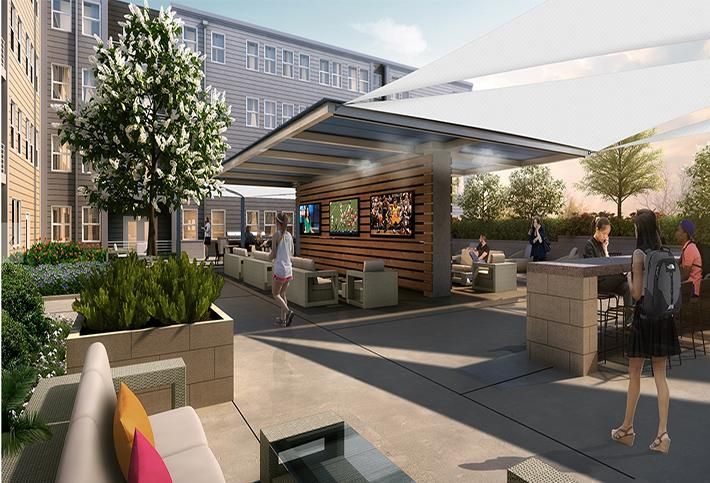 It’s a tighter environment now with lenders showing a lot of caution, John tells us. He says the rising costs associated with super-luxurious units that students (and some parents) demand really don’t have much of an impact on lending, so it isn’t necessarily the big price tag that’s turning off lenders.

But that squeeze can be good for some companies. Since larger investors are the only ones who can play and there’s not much product, this is a pretty good time to be in the student housing business if you’ve got the bucks to splash down for property close to campus.

CA-Ventures engages in a lot of research before building, ensuring the proposed property is on the right side of campus, probably near a Chipotle or noodle house, John says.

The company is in love with Seattle right now. It’s a research hub, and has a healthy international population. The company has three properties at the University of Washington in Seattle, and they’re about to build another. Seattle is a competitive city, John tells us, with high barriers to entry, high construction costs–and not a lot of product. It's a classic opportunity.

Because larger sites have already been bought, the company is focusing on building smaller, 200- to 300-bed units, like its newest property in Seattle, which has 200 beds, and a new property in Oxford, MS, that has 230.

Pictured: Uncommon Athens, a CA-Ventures property at The University of Georgia