8 Trends to Watch Before Starting Your Next Student Housing Project

Expect another great year in the student housing sector with demand growing by 8% to 10% and all-time enrollment highs with 20 million students in colleges and universities across the board. We learned this and more at the Bisnow Annual Student Housing Summit/BASH15 on Tuesday in Philadelphia. Here’s eight big takeaways from the sold-out event. 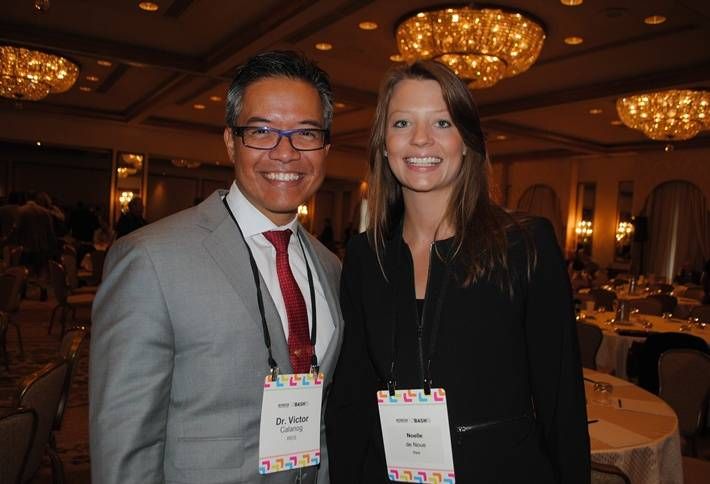 The student housing market is tightening with vacancy hovering in the mid-4s and enrollment is likely to increase 8% to 15% over the next five years to some 24 million students, says REIS chief economist and SVP Victor Calanog (left, with colleague Noelle de Noue). He’s expecting demand to outstrip supply for rent growth. Noelle says meeting student demands in their housing means bed to bath parity, proximity to campus and high-speed WiFi connectivity (enough for up to five devices for each student), as well as the latest and greatest amenities. 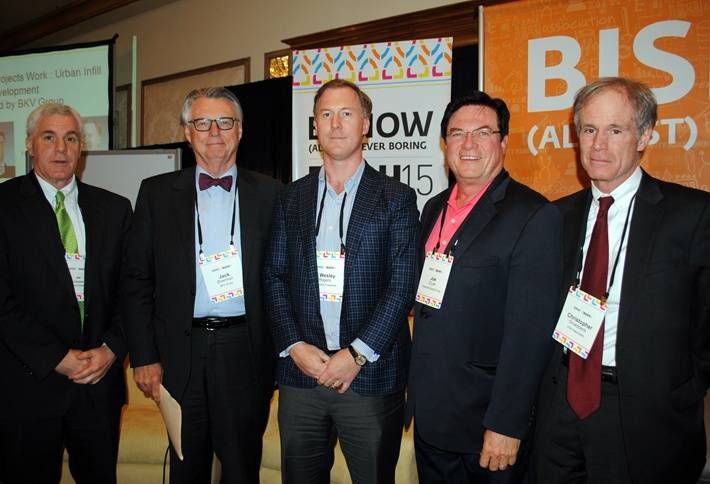 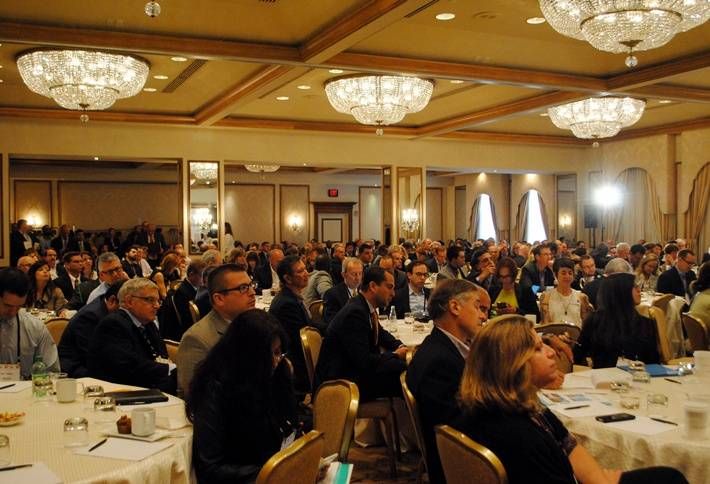 Wes told the crowd of 400 that urban infill deals tends to be easier to get entitled than trying to do a 30-acre cottage site near a residential area. However, the urban infill projects are more difficult from a development standpoint because it takes longer to build (like 12 to 24 months versus a cottage project, which can go up in nine to 12 months.) However, most urban infill projects are in great locations, which will stand the test of time, he says. A Main and Main site across from a Tier 1 university will still be a great location 50 years from now, so it’s a value proposition in the long run, Wes says. 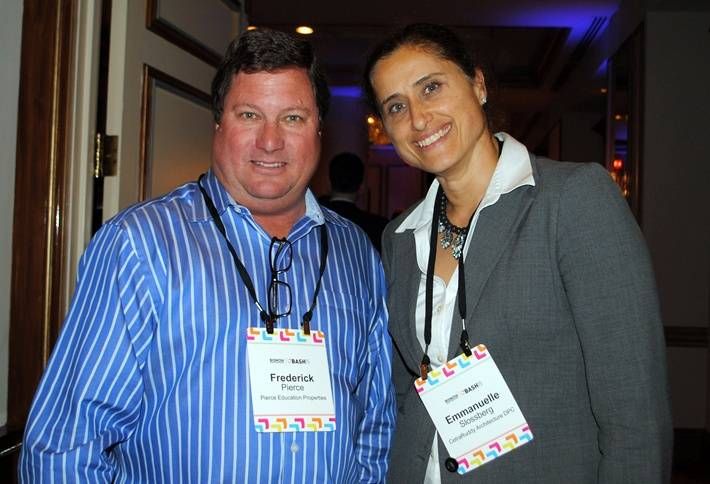 Pierce Education Properties president/CEO Fred Pierce (left, with CetraRuddy Architecture’s Emmanuelle Slossberg) says supply is the biggest risk factor hovering around student housing investment. New deliveries are scheduled to be down, but there are a lot of great projects being built and Fred says he’s concerned about the development pipeline and the rate of enrollment growth. He thinks only about 25% of students enrolled at a university will live in purpose-built student housing. That’s the litmus test for Fred when it comes to looking at markets and new development. 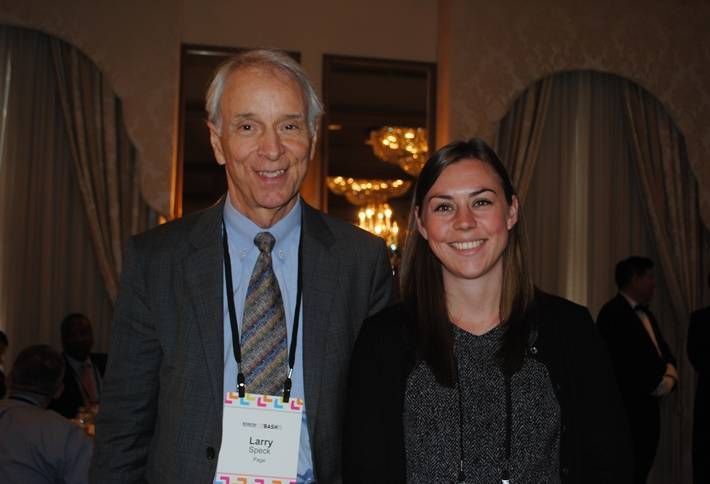 Page senior principal Larry Speck (left, with Cohen & Steers Capital Management’s Katie Hutchins) says as a University of Texas professor, he and some colleagues discovered that the design of residence halls could impact student grades. The buildings with community spaces that were easy to get to, welcoming and open produced (overall) students with better GPAs and more friends. Those with community spaces in the basement didn’t do as well. Larry also did some research on a Page student housing project in Austin, 2400 Nueces, and found that 26% of the residents said their grades improved after their first year there. What did they like? The study rooms, views, daylight and quiet. Another key factor: 44% said their friendships were better than before they moved there. (Larry will also be a featured speaker at Bisnow's Texas Housing Summit on July 7 at the JW Marriott in Austin. You can register here.) 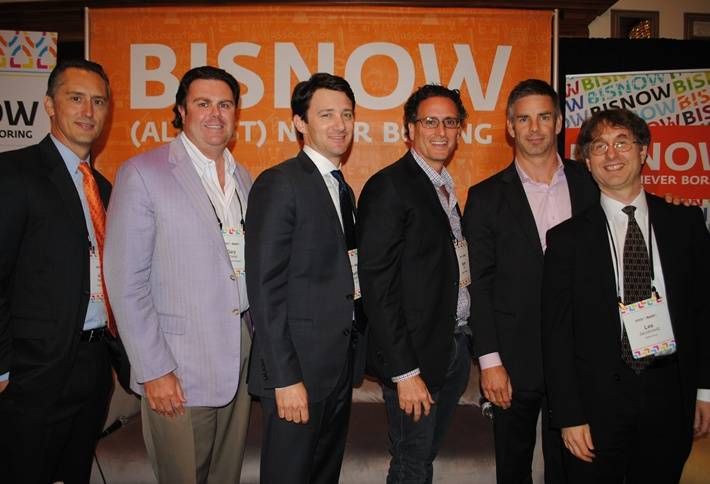 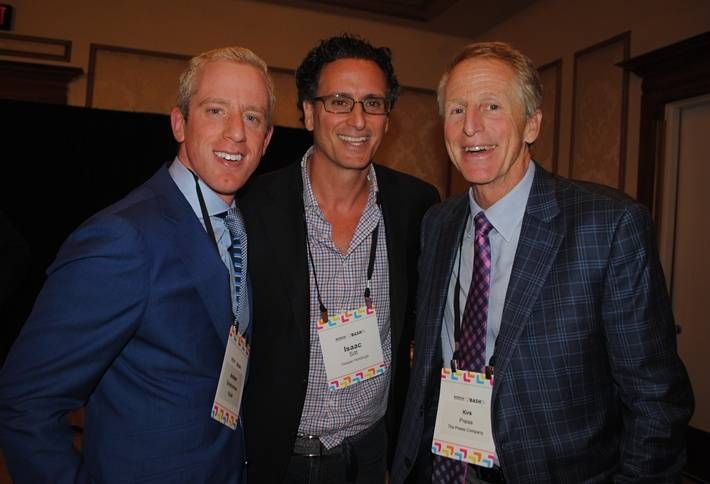 Isaac (between Kislak’s Andrew Scheinerman and The Preiss Co’s Kirk Preiss) says he does more value-add deals, including one bought last month in Lubbock, TX (Texas Tech University). He does some rebranding and complete turnarounds. His firm likes to focus on larger, public schools, which tend to be more recession resistant. He also likes the rural schools like Sam Houston State University in Huntsville, TX. He says he’s never seen such a cap rate spread between core pedestrian (walking distance to campus) and borderline pedestrian (half-mile and more from campus); cap rates are 100 bps lower for that factor, that’s why he’s buying the value-add projects that make sense to them. 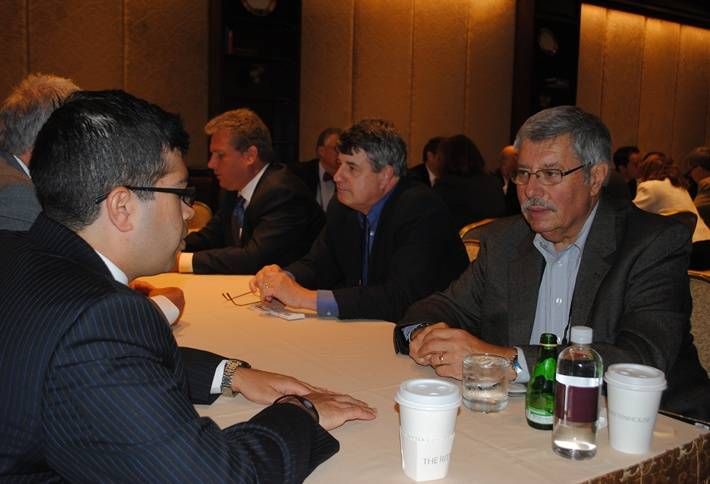 Never understimate the power of networking. Here's our student housing speed networking session in full swing. With more than 75 participants, the lightning round meetings spurred discussions for later connections.