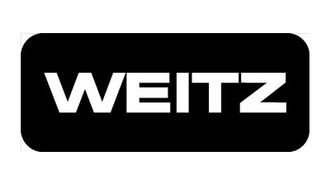 Two years after construction began on the then-largest student housing development in the country, The Weitz Co. delivered Texas A&M’s highly amenitized, 2.2M SF, 3,406-bed Park West community in July, one week ahead of schedule. Consisting of 15 buildings spread across 50 acres with a variety of room configurations, the newest residences in College Station, Texas, are the product of a $245M project Weitz built in a public-private partnership with the Texas A&M University System and Irving, Texas-based developer Servitas.

Weitz’s project team used virtual reality software to help stakeholders envision and customize the new spaces. The construction company's aggressive timeline entailed coordinating 58 subcontractors at a site that, at its peak, had over 1,000 workers daily. Project leaders said an emphasis on pre-construction planning, project leads with over 125 years of combined experience and a talented, eager project team of millennials were instrumental to the success of Park West.

“Most projects of this size have a much longer duration,” Weitz Vice President Shane Bauer said. “To finish in two years, we engaged our in-house experts and subcontractor partners early in the fast-track design-build process and also implemented lean construction practices, keeping all parties fully committed throughout the build process.”

For a university that has annually grown its enrollment by an average of 1,331 students per year since 2005, having a first-class housing development is important to students and administrators who aim for superior educational opportunities.

“The construction professionals at Weitz have been top-notch, and they delivered a high-quality product that will serve Aggies for decades,” Texas A&M University System Vice Chancellor for Business Affairs Phillip Ray said. “This public-private partnership has led to the best student housing development in the country, maybe the world, to be constructed without the university taking on any debt as well as allowing the [university] system to strengthen our core mission of teaching, research and service.”