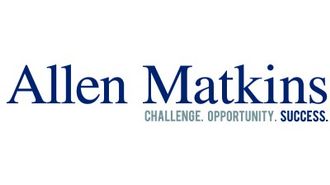 Everything You Need To Know About California Office, Multifamily, Industrial And Retail

Across California, attenuation in office and retail has been counterbalanced by explosive growth in multifamily and industrial, according to the latest Allen Matkins/UCLA Anderson Forecast. This marks a change; the California landscape has evolved even since last quarter's forecast.

The Allen Matkins/UCLA Anderson Forecast contains California market insights from a carefully curated cross-section of industry experts. The commercial real estate survey is comprised of raw quantitative data gathered through polls of the most respected names in real estate, providing market outlook for the next three years—the timeline, from conception to completion, of the average project. It also contains qualitative analysis and expert opinions on each figure and trend.

Industry leaders predict office construction in the next three years will abate to avoid flooding the already saturated market. Multifamily, on the other hand, is red-hot. It’s regarded with great optimism due to low supply and strong demand, further exacerbated by robust population and job growth projections. Retail and industrial’s respective outlooks are intrinsically linked and inversely proportional. The growth of e-commerce has both threatened the viability of brick-and-mortar outposts and generated tremendous need for the massive warehouses that serve as inventory stores and distribution hubs for online retailers.

For the first time since the recovery in 2009, prevailing office developer sentiment has converted to pessimism. Experts anticipate market conditions three years from now will be less favorable than today’s, and that the past half decade’s building boom has created the potential for a supply glut. The survey shows rental and vacancy rates worsening over the next three years, coming off a mid-2014 peak.

This doesn’t necessarily portend an office market collapse or even a decline, but rather a reduction in new projects as the market struggles to absorb available space. Construction could stagnate. Despite this, Allen Matkins Real Estate Department chairman Tony Natsis sees some bullish, speculative developers still funneling tremendous amounts of capital into new office projects, without debt financing or a clear exit strategy. Strong, consistent growth in Southern California’s tech, entertainment and media industries produces a greater degree of localized optimism. Adaptive reuse is responsible for the majority of new SoCal inventory, according to Eastdil Secured senior managing director Stephen Somer.

High-paying tech jobs in dense transit-oriented communities push vacancy rates well below 5% in and around Silicon Valley, Oakland and Santa Monica, according to Colliers EVP Kitty Wallace. She notes a preference among Millennials for less private space and more communal space, favoring mixed-use buildings that include attractive retail. Even though banks are tightening credit, developers building with equity rather than debt financing are seeing high yields.

Today’s e-commerce operations require vast networks of warehouses to store inventory and fulfill orders in the short windows they must offer to stay competitive. There is warehouse migration from the low-rent hinterlands to pricier suburban locations to meet same-day and two-day delivery expectations, increasing land/rent price while simultaneously reducing transportation costs.

Warehousing is the new manufacturing, with millions of added square footage rapidly snapped up by e-retailers, who increasingly desire high ceilings that can accommodate the higher degree of automation and mechanization required for internal logistics. CBRE vice chairman of industrial Darla Longo says 1M-plus SF facilities are becoming standard, due to the inbound, outbound and return volumes they need to handle, as 30% of the goods people order online are returned, a full six times the 5% merchandise return rate at brick-and-mortar shops.

The retail market shows some signs of topping out with the exception of the type of experiential retail Millennials love. Especially when integrated into high-end, mixed-use projects, experiential retail has a bright future. Even as some of the most traditional retailers notice they are conducting a majority of sales online, they still seek to maintain some physical presence. This balancing of online and brick-and-mortar is especially pertinent to lifestyle brands that strive to create an experience that transcends transaction in community-oriented spaces.

Retailers are increasingly realizing their interdependence. When several come together in a mixed-use development, it becomes a true destination for shoppers. Malls are being redesigned toward this end, leading to some large-scale construction projects. UCLA Anderson senior economist Jerry Nickelsburg says revamped malls entice shoppers with the promise of an experience, rather than the ability to make a purchase.

Allen Matkins
At Allen Matkins, we help clients capitalize on opportunity. Whether this opportunity comes from overcoming challenges or seeing and taking advantage of new technologies, business models, or global markets, we partner with clients to accomplish goals and drive success. We are a premier California-based law firm specializing in real estate, litigation, labor, tax and business law, with approximately 200 attorneys in four major metropolitan areas of California: Los Angeles, Orange County, San Diego and San Francisco. From our base in California, we also serve the needs of clients whose interests are national and increasingly global.
Confirmed! You are subscribed to the Bisnow National E-Newsletter.
Most Read Stories
More Top Stories
Bisnow National Newsletter
Bisnow National Newsletter