Rapidly Expanding Startup Aims To Be The Airbnb Of Self-Storage 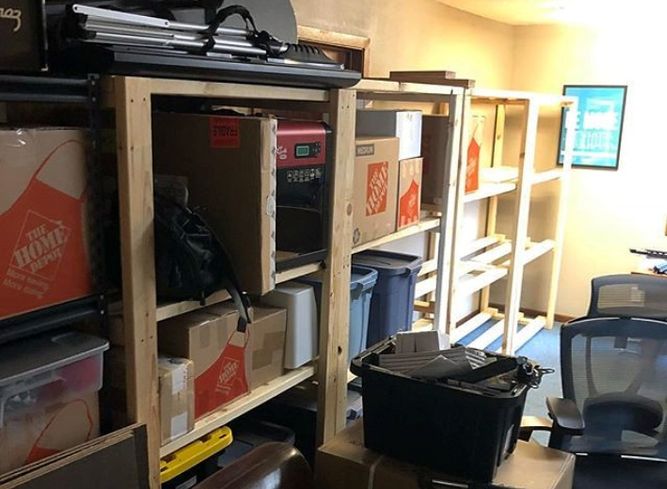 According to Neighbor, people are responding — the two-year-old company has seen 500% annual growth, and now facilitates storage matches in 48 states and D.C. Using the service via its website, users rent space in basements, attics, garages, spare rooms or even less conventional areas, such as barns.

Self-storage companies charge about $50/month for a 25 SF storage space, while listings on Neighbor.com can be half that for more space, CNBC reports. Neighbor gives homeowners guidelines, but the homeowners set the price.

Neighbor says its guidelines use algorithmic pricing to recommend how much they charge, and they are designed to keep prices on the platform at half the cost of a traditional self-storage facility, Tech Crunch reports. Neighbor charges renters a 15% service fee on top of the rent as its cut.

The company is also developing a mobile app that will include augmented reality tech to allow space users and homeowners to see and virtually "pack" spaces to help make the best matches, the Deseret News reports.

Neighbor insures homeowners for as much $2M against damage to their property because of the storage, or if someone is hurt while storing their items. Homeowners also can inspect anything stored on their property, and have the right to reject anything.

Any user can request a background check on the homeowners, and vice versa. Some items are completely verboten, such as firearms, illegal drugs, poisons and so on. The homeowner and the space user need to agree beforehand on a schedule for when the space user has access to his or her goods.

Investors are responding as well. Last year, Neighbor obtained $2.5M in seed capital from Peak Ventures and Pelion Ventures, and it is undertaking another round of fundraising.

According to Neighbor co-founder Preston Alder, the idea for the business came to him when, as a student, he needed to move overseas temporarily for a summer internship. He didn’t want to pay for traditional storage space, however, and used a friend's house that was a two-hour drive away.

It then occurred to him that if there were a system like Airbnb in place, space could be matched with space users like him, and closer than two hours away. Alder and co-founder Joseph Woodbury, Brigham Young University students at the time, and Colton Gardner at the University of Utah, decided to forgo conventional jobs after graduation to grow Neighbor.