Will Amazon Gobble Up Barnes & Noble Like Whole Foods?

Barnes & Noble, the last of the major brick-and-mortar bookstore chains, is contemplating a sale, though it has not yet named any possible buyers. 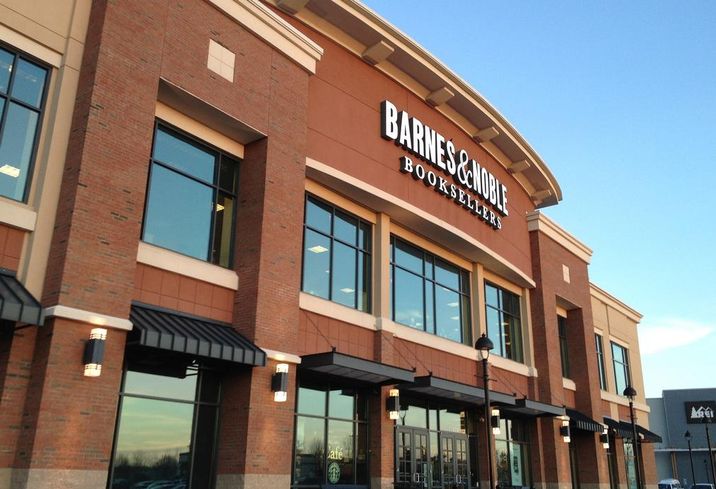 The company announced this week that the "decision follows expressions of interest from multiple parties in making an offer to acquire the company, including from the company’s chairman, Leonard Riggio."

Who else might buy Barnes & Noble? Speculation at once turned to Amazon, which has about $20B in cash on hand, TheStreet reports. B&N has a market cap of about $400M.

Other than shutting down a competitor — and one that hasn't done very well with online sales — it isn't clear what Amazon would do with B&N or its real estate. Currently B&N operates 630 stores, selling about 190M physical books each year.

The company has been hit hard by market forces lately, but is trying to stay afloat. Late last year, it said it was opting to run smaller stores and refocus on book sales. At 10K SF, B&N's newest stores will be less than half the size of its typical stores.

Amazon is a major factor in B&N's troubles, the Wall Street Journal reports. The tech giant now accounts for more than 60% of all books sold online, both physical and digital, according to Peter Hildick-Smith, chief executive of book research company Codex Group.

A committee appointed by the B&N board of directors will decide the fate of the bookseller. For his part, Riggio has promised to vote in favor of the recommendation by the committee.

"The company further notes that it has observed rapid material accumulations of its stock by a party or parties that cannot be identified," B&N said in its statement.

The company is trying to thwart a hostile takeover by using a strategy known as a poison pill.

"In light of the impending strategic alternatives process and such share accumulations, the board also announced the adoption of a short-term Shareholder Rights Plan," the company said. A poison pill, in other words.

Under the terms of the poison pill — which will last a year — the rights will be exercisable if a person or group, without board approval, acquires 20% or more of B&N’s common stock or announces a tender offer for ownership of 20% or more of the company.

If the rights become exercisable, all rights holders (other than the person triggering the rights) will be entitled to acquire preferred shares equivalent to B&N’s common stock at a 50% discount, thus diluting the holdings of the would-be hostile bidder.