The companies are the U.S. operations of parent Grupo Cinemex SA de CV, which is based in Mexico and which has not filed for bankruptcy. 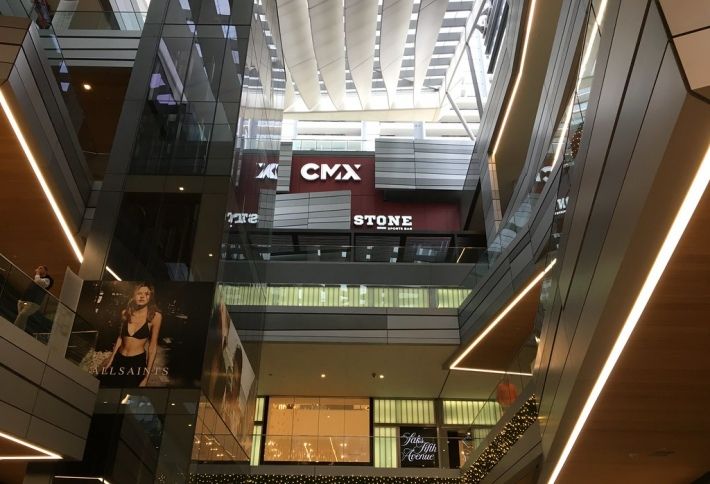 Currently Miami-based Cinemex Holdings operates 41 CMX Cinemas in 12 states, a total it achieved in the three years after opening its first U.S. location in Miami in 2017. The theaters, which are all shuttered because of the coronavirus pandemic, previously offered upscale dining, stadium seating, in-seat service and attached sports bars.

In a statement released by the company, as reported by Deadline, Cinemex Holdings sharply criticized movie studios and retail landlords, asserting that they were the cause of its troubles even before the coronavirus outbreak.

"Even prior to filing for bankruptcy, we were spending over 30 percent of our revenues on lease-related expenses while studios ended up with 60 percent of every ticket sold," Cinemex Holdings said.

"We tried in good faith to negotiate with our creditors — who notwithstanding the crisis were seeking full payment and filing liens — to no avail ... there needs to be a rebalancing of the current economic arrangements, which disproportionately benefit the studios and landlords."

Star Cinema claims that Cinemex unlawfully reneged on the deal, the Wall Street Journal reports, and has filed a lawsuit against its would-be buyer.

Most U.S. movie theaters are closed for an uncertain duration, putting stress not only on theater owners, but retail landlords for whom theaters often anchor properties and serve as a source of revenue. In normal times, they also drive foot traffic.

On Friday, AMC Theatres, which has more than 630 U.S. locations, said it isn't going to reopen any of its theaters until mid-summer at the earliest, regardless of state reopening plans, the Hollywood Reporter reports.

The chain said it is waiting until it has new movies to show, the first of which are slated for release in mid-July.

AMC's position echoes that of the National Association of Theatre Owners. Last Wednesday, the organization said in a statement that until the majority of markets in the U.S. are open, new wide release movies are unlikely to be available.

"As a result, some theaters in some areas that are authorized to open may be able economically to reopen with repertory product; however, many theaters will not be able to feasibly open," it said.