In response to the coronavirus outbreak, some U.S. retailers are closing their stores temporarily, but there might also be a spike in permanent closures in coming months.

The coronavirus thus threatens to make what was already forecast to be a bad year for retail closures into a much worse one. 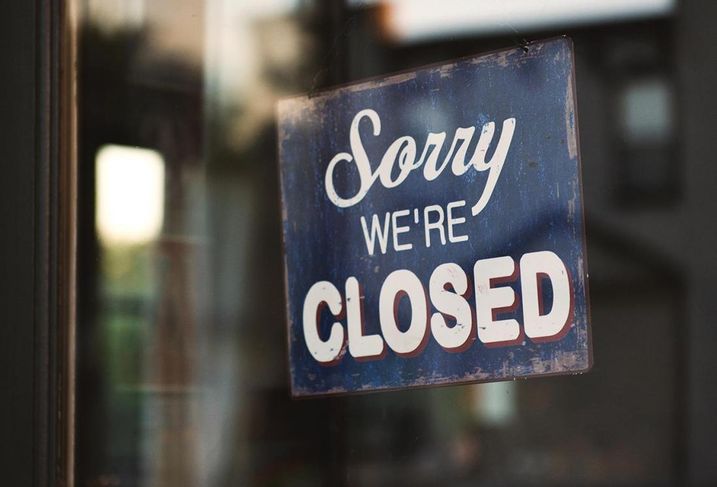 So far in 2020, a net of 2,600 stores nationwide are slated to close, Business Insider reports, with the first quarter not even finished yet. Chains such as Pier 1 Imports, Gap, Chico's, Forever 21 and Sears have all announced 2020 closures.

Even at that pace, mostly calculated before the epidemic started to pound U.S. retailers, closures would outpace the total of 9,300 in 2019.

Including the possible impact of the coronavirus, retail store closures might mushroom from last year to as many as 15,000, Coresight Research CEO Deborah Weinswig told CNBC. The longer the pandemic plays out in the United States, the more closures there will be, she said.

Some retailers have said they are closing for the duration of the emergency, such as Nike, Apple and Abercrombie & Fitch. Others, such as retail giant Walmart, are cutting hours nationwide. It isn't clear yet whether temporarily shut stores will be more prone to permanent closure, or whether closures of weaker chains will come at an accelerated pace, or both.

The challenges that retailers will face in the coming weeks and months will be more than a lack of shoppers, or interrupted revenue, as important as those might be. The coronavirus outbreak could also cripple supply chains for several quarters to come, especially for retailers sourcing their goods from China, Coresight reports.

That is the case despite about 90% of Chinese factories having already resumed normal operations by the end of February. Before that, however, production was at about 30% of the norm, and now disruptive ripples are baked into supply chains worldwide.

Retailers are bracing for damage. Almost half of U.S. retailers (47%) expect some downturn in their revenue because of the pandemic, according to a March 2020 survey by Digital Commerce 360 of 304 retailers, and they are especially worried about supply chain disruptions.

Moreover, the survey found, 80% of retailers believe the coronavirus will have at least some impact on consumer confidence. Retailers are split on its impact on e-commerce, however: 30% of retailers said their e-commerce will be somewhat up, while 32% said somewhat down.