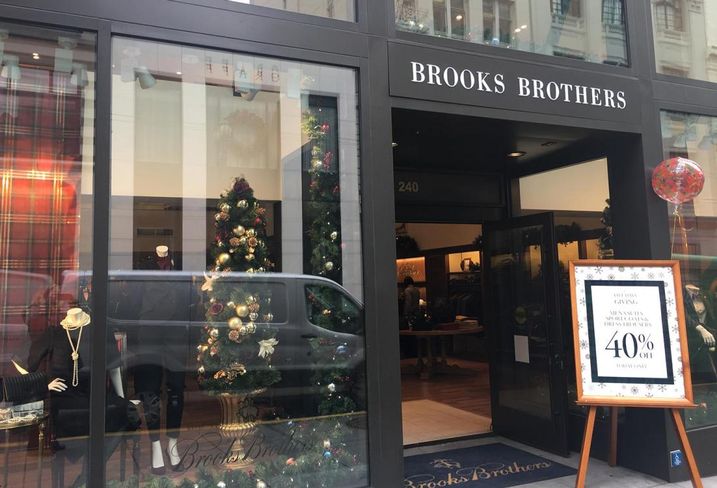 The partners have formed an entity dubbed Sparc LLC for that purpose, with the goal of keeping at least 125 Brooks Brothers stores open, the companies said. The bid is still subject to approval by the bankruptcy court overseeing Brooks Brothers' Chapter 11 filing.

Simon and Authentic Brands have already provided bankruptcy financing to the tune of $80M to carry Brooks Brothers through the bankruptcy process. Unusually, that loan is at a zero interest rate, and no closing fees.

As of its bankruptcy, the storied Brooks had about 250 North American locations, some of which are in Simon malls. Though hit hard by the coronavirus pandemic, the brand was struggling before, as men have drifted away from wearing dressier outfits, The Wall Street Journal reports.

It is likely there will be other bids, deal insiders have said. "We have had active discussions with multiple bidders,” said Garrett Fail, the retailer’s lawyer, as reported by Bloomberg.

WHP Global, which also licenses brands, is planning to make its own bid. The deadline requested by Brooks Brothers for a sale is Aug. 11.

Another likely bidder for Brooks Brothers is Milan-based Giglio Group SpA, which is leading a group of investors, according to the WSJ. Their goal would be to turn Brooks Brothers into an online-only retailer.

The Simon-Authentic Brands bid counts as a stalking horse, or the bid that others need to best. The two have also made a $191M bid for Lucky Brands, a bankrupt denim maker, and along with Brookfield Properties are reportedly mulling the acquisition of department store JCPenney during its bankruptcy.