Salad Seller Sweetgreen Raises $150M At $1.6B Valuation, Thanks In Part To Its Tech

Sweetgreen, a fast-casual chain that specializes in salads, has closed a $150M round of financing, co-led by hedge funds Lone Pine Capital and D1 Capital Partners. It values the company at $1.6B, up from $1B after the last round of funding late last year. 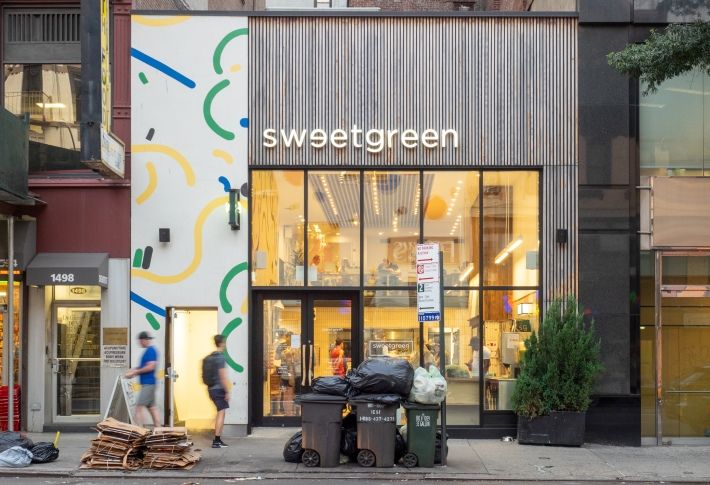 The company said the infusion of capital will enable it to invest further in emerging technologies, including its own delivery app, as well as expand into more cities.

Sweetgreen also plans to expand a service it calls Outpost, which offers free delivery to offices. What started a year ago as only 13 Outpost locations has grown to over 400, with an expected 600 by the end of this year.

The new cities for physical stores will include Austin, Denver and Miami, using digital ordering and Outpost, combined with physical stores, to bring new customers to the brand. Sweetgreen has nearly 100 physical stores.

Sweetgreen stresses its use of tech as something that distinguishes it from other salad slingers. CEO Jonathan Neman told The Wall Street Journal that most purchases at Sweetgreen restaurants are made through its app, and that he expects that to continue when the company begins offering deliveries through its app next year.

“We don’t consider ourselves just a salad place,” Neman told the WSJ.

The investment is the latest by hedge funds or other deep-pocket investors seeking a large payoff in the restaurant space. Traditionally, such funds were reluctant to invest in restaurant operations, since their thin profit margins don't often offer the kind of fat returns investors want.

In recent years, however, investors have been looking for food-service companies that will eventually offer large payoffs. Oakland-based Blue Bottle Coffee is a successful example of that strategy, receiving $120M in private investment in the years up to its sale to Nestlé in 2017 at a valuation of about $625M.

Sweetgreen garnered a bit of notoriety in early 2017 by refusing to take cash at its stores, claiming that it was better for customers and business efficiency. Earlier this year, the company reversed itself in the face of anti-cashless backlash, including proposed municipal bans on cashless retail.