Sweetgreen, a fast-casual restaurant chain specializing in salads, is on the verge of obtaining about $200M in a round of funding led by Fidelity Investments. 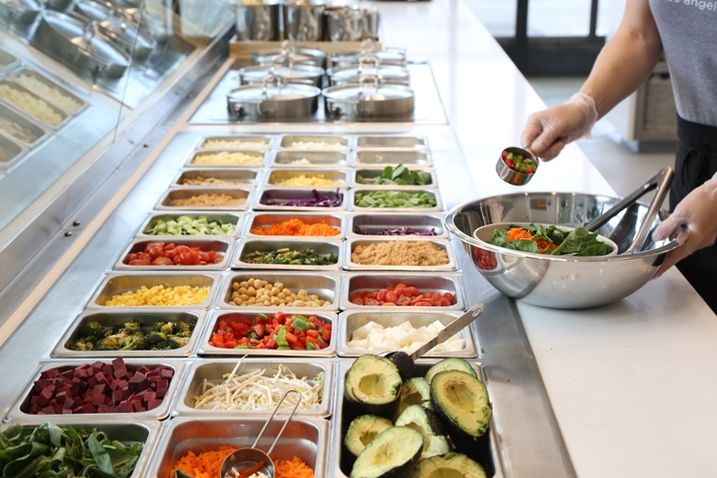 According to CNBC, citing anonymous sources, such a round of funding would value Sweetgreen at more than $1B. Other investors in the round include T. Rowe Price and Revolution Growth, which has invested in the company previously.

Founded in 2007, Sweetgreen currently has about 90 locations in various parts of the country, including California, Illinois, Massachusetts, Maryland, New York, Pennsylvania, Virginia and Washington, D.C.

The restaurant touts its locally sourced ingredients and seasonal menus. The fall menu for the Chicago area, for example, includes chicken and Brussels sprouts, curry cauliflower, and a beverage called kale gingerade.

The company's approach to its store space is unusual, with no location looking quite like any other. The store interiors feature photography, oil paintings, mixed media, watercolors and neon by local artists. Chalkboards in each location list the local sources for the food on offer.

A round of funding that size is an indication that the private investment environment is still quite robust, despite recent public market volatility, CNBC said.

Venture capital funding overall is at a fever pitch, the 3Q 2018 PitchBook-NVCA Venture Monitor reports, with deals of at least $100M increasingly common. As of the third quarter, 143 financing rounds of that size had closed, a 38.8% increase compared with the same period in 2017.

Earlier this year, D.C.-based Mediterranean fast-casual restaurant company Cava announced plans to expand its chain to Austin, Texas, Charlotte, North Carolina, and Boston thanks to several rounds of funding totaling $96M. Revolution Growth was an investor in that case as well, along with SWaN & Legend Venture Partners and The Invus Group.

Many sizable funding rounds in the real estate industry go to tech companies or short-term space rental specialists, such as $45M for Breather this year.