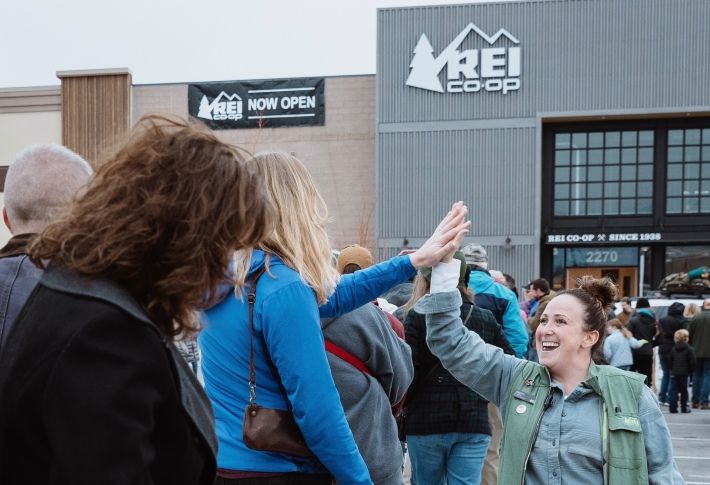 The new stores are in Alabama, Oklahoma, Utah and Vermont.

Besides increasing its number of physical stores, the expansion includes more experiential elements.

"By continuing to grow in new communities and new regions of the country, we look forward to welcoming more people to the co-op," Senior Vice President of Retail Tim Spangler said in a statement.

"Over the coming years, we'll do that through a mix of physical experiences — from traditional stores to gateway locations like our new store in North Conway, New Hampshire."

The 25K SF North Conway store, which opened in September, offers standard REI merchandise, but also guided outdoor experiences and a variety of equipment for rent. REI said the store is designed to be a "launching pad" for outdoor activities, specifically to the nearby White Mountains.

The four newest stores also include experiential elements. In Huntsville, Alabama, for instance, the store will offering workshops on backcountry tents, and bicycle chains and derailleurs. At the Farmington, Utah, store, REI is offering programs about canyoneering, avalanche safety and wilderness first aid.

The new stores add to the three the company opened previously this year. In 2020, REI plans to continue rolling out new locations, including stores in Wisconsin, Kansas, South Carolina and Florida. Including the latest openings, REI has 158 stores.

As it has done for the past four years, REI will close its stores (including online sales) on Black Friday this year. It is a paid holiday for REI employees, with the company urging them to spend it outside with friends and family, Chain Store Age reports.