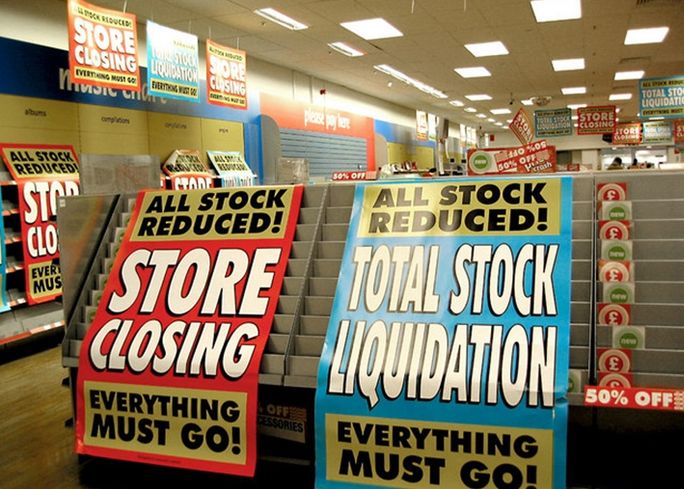 Retail closures have already gotten off to a robust start this year. In the first quarter, which is traditionally a time when retailers shutter weak or unprofitable locations, some 4,500 stores closed.

The recent closures came despite 2017 being retailers' strongest holiday sales season since the recession, and the U.S. economy was still strong in the first quarter.

According to the report, retail sectors in contraction mode include consumer electronics, apparel, department stores, media (books/music/video) and sporting goods, most of which are typically tied to mall or power center locations. They also tend to face stiff competition from online retail.

As closure announcements gain momentum, the gap in performance between mall classes will widen. Class-A malls will not suffer much from retail closures, Cushman & Wakefield said. Even when anchors close at trophy or Class-A malls, that presents opportunities for landlords to attract more relevant tenants, such as food halls, experiential concepts or other popular new retailers.

Tenants that have been power center-based will increasingly look to Class-B malls as an option, Cushman & Wakefied said, and definitions of center types based on tenant mix will begin to blur. Class-C malls will not survive, and their closures will increase in 2018 and gain momentum through 2020.

Despite the strong rate of closures last year and this, the report said the perception of ailing retail is worse than the reality. Certain sectors of retail are growing, and expansion is happening at the same time that closure news is breaking. Even a handful of department stores are weathering the storm.

Whatever difficulties retail is having aren't because of a lack of consumer interest in spending money.

In addition to the acceleration of e-commerce, the nation’s overbuilt retail marketplace is competing with shifting consumer spending patterns, the report said. Americans are now more value-conscious, and millennials are looking for experiences more than previous generations, sometimes at the expense of buying goods.