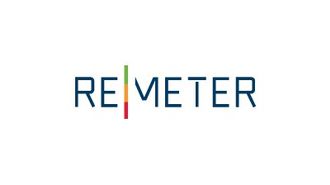 After years—even decades—of speculation, RadioShack’s bankruptcy has become reality. The plan is for Sprint to take over half its existing stores while the other half will shutter. For landlord’s, this risk could have been avoided.

Although the retailer has not seen a profit in 11 quarters and shares plunged more than 90% in the past year, RadioShack has long given the illusion of being a good, stable tenant. Here’s why common underwriting methods led landlords to believe this:

Here’s what (RE)meter found that many landlords missed: Starting in 2009, Moody's and S&P rated RadioShack as stable while the TIL Score revealed significant real estate risk. Moody’s didn’t downgrade RadioShack until October of 2011, well after it was too late for landlords.

RadioShack was a large risk to landlords as far back as 2009, yet it was opening stores across the country. This data could have prevented many owners from leasing to RadioShack and avoid the bankruptcy costs they will have to incur today.

How does a TIL score help owners and developers?

In the case of RadioShack, (RE)Meter’s TIL Score indicated there was significant risk of rent loss and store closings as far back as 2009. The TIL Score revealed real estate risk while Moody’s and S&P rated RadioShack as stable. Unlike rating agencies commonly used by landlords, the TIL Score is a comprehensive rating of the tenant’s financials, industry and lease terms.

As a landlord, you should know more about your tenant’s risk than they do. To read more about Radio Shack and how a TIL Score gives you an actual depiction of the tenants' health, click here.