The restaurant industry was the perceived saving grace of shopping centers during the retail apocalypse. When mall owners were faced with the conundrum of how to fill vacant spaces, food and beverage concepts were a viable solution. But now even restaurants are facing a wave of closings due to overexpansion, especially midpriced casual chains like Applebee's and Ruby Tuesday.

While the formerly reliable sector suffers, continued consumer demand for locally sourced, small-scale fast-casual restaurants is garnering the attention of developers looking for new tenants — even if they aren’t as well-known as the industry’s bigger, high-credit chains. 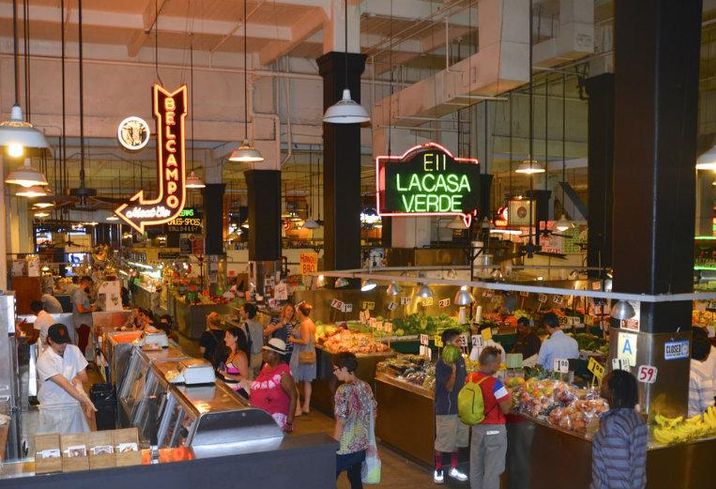 “The idea now is that property owners are underwriting their projects with the understanding they won’t be reliant for rent on those particular spots,” JLL Retail Director of Research James Cook said. “If you look at retail as an amenity, there’s some cost in putting that in, and you might just break even with the retail rents. But if you have attractive retail and a multifamily component, it boosts those multifamily rents — the same with an office.”

The market is adjusting in favor of independent restaurants and fast-casual brands with organic or local ties that millennials crave. Fast-casual, upscale-casual and fine dining were the restaurant industry’s leading performers in 2017 and have continued to post strong sales in 2018. Fast-casual brands have increased growth by 2% since 2017, according to TDn2K Black Box Intelligence data, and developers continue to take on the financial burden of bringing these companies to a variety of properties.

“We’re certainly seeing that there is a shift in the way mall owners are looking at integrating food to their asset,” JLL Retail President Naveen Jaggi said. “The food court today in a nice mall is much more locally driven than Chick-fil-A or Chipotle. There is a greater desire for authenticity not just for a mall owner but for the consumer.” 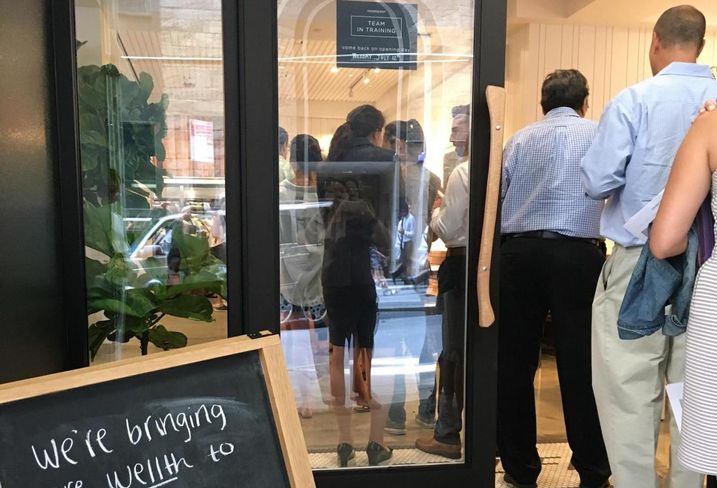 Smaller, locally sourced brands like California-based salad chain Sweetgreen or New York-based Dig Inn might not be as high-credit a tenant as The Cheesecake Factory, but developers are less concerned with profiting off their rent and more concerned with the increased traffic that these smaller concepts generate.

Having neighborhood-friendly restaurants within a project can help better position a retail property to score more creditworthy tenants that can afford higher rents, especially on the upper level of mixed-use developments. By offering Dig Inn’s locally farm-sourced fare in a lobby, it is easier to land desirable tenants elsewhere in a property.

Mall owners are taking note and redoing the food court to bring in new customers and give them a reason to stay longer and peruse shops beyond food and beverage. More than $8B has been spent on renovating American malls since 2014, and 41% of renovations at 90 malls JLL tracked in its "A New Mall Rises" report went to food and beverage purposes, the most of any other sector. Food retailers account for as much as 9% of leasable space at malls today, up 5% from 10 years ago. It could reach as high as 20% by 2025.

“We’re definitely seeing that pressure by landlords to bring more creativity to the asset than what was seen just three or four years ago,” Jaggi said. “Most often, the food court isn’t going to be the biggest moneymaker in the mall. It’s an attribute to make people stay longer.” 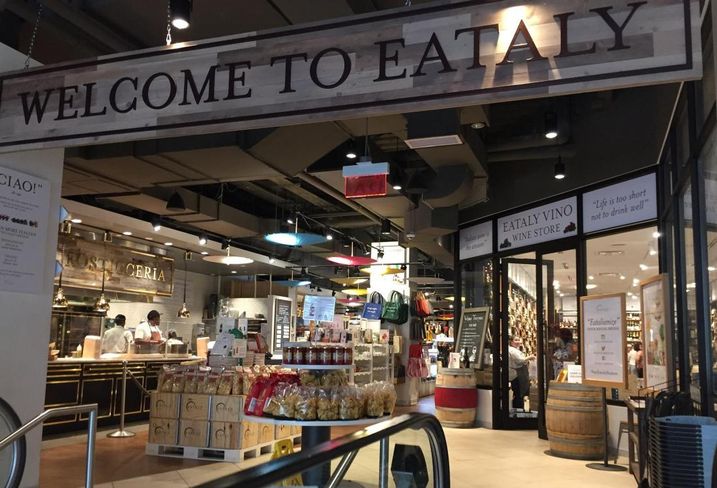 Eataly, a large-scale Italian food hall composed of a variety of restaurants and markets at various price points, has been particularly sweet for landlords looking to revitalize retail centers. A 45K SF Eataly replaced the entire food court at Boston Properties’ Prudential Center Mall during a 2016 renovation. Westfield spent two years and $1B renovating its Westfield Century City mall to focus on food and beverage, including opening the first Eataly on the West Coast and adding tenants like a Gelson’s grocery store and Taiwanese restaurant Din Tai Fung.

“A lot of those older retail brands are trying to figure out who they are, and who they’ll be,” CBRE Global President of Retail Anthony Buono said Friday during an experiential retail panel at the 2018 National Association of Real Estate Editors conference. “J. Crew isn’t growing; Eataly is exploding. It’s an incredible brand that will do incredible sales in the U.S. and abroad and was just an organic brand that was created in Italy, and now it’s here.”

Despite some growth earlier in the year, restaurant sales were flat in May, according to TDn2K. While the firm views this as a sign the industry is on the rebound after two years of consistent decline, it notes it will still be difficult for some of the midpriced chains to rebound to sales figures seen years ago.

From Boston to Memphis and out to the West Coast, Cheesecake Factory is a frequent marquee tenant in malls. However, the chain’s stock was down 25% in 2017, and the restaurant famous for its extensive menus and caloric desserts saw its first quarterly sales decline in Q2 2017 after posting same-store sales increases for 29 quarters. 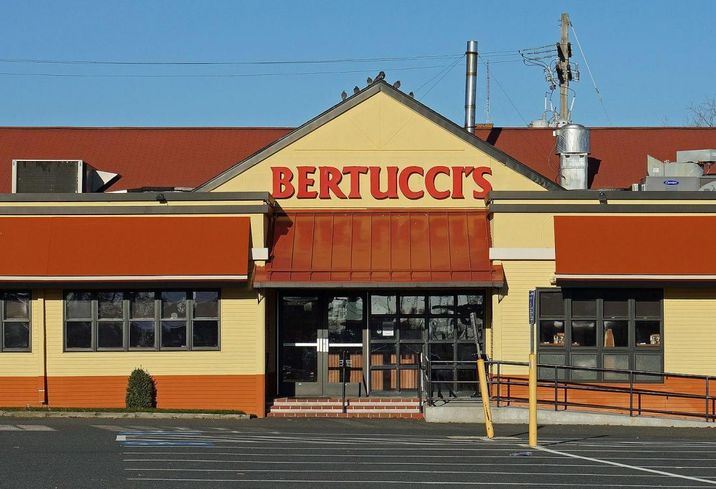 Wikimedia Commons/Anthony92931
Bertucci's has been acquired by Planet Hollywood's founder, who plans to grow the chain in key markets.

Some argue industry sales declines were inevitable given its prior unsustainable growth.

Chain restaurants expanded locations overall by 5.5% from 2014 to 2017 while the U.S. population only rose by 2.2% in the same period, TDn2K Vice President of Insights and Knowledge Victor Fernandez said. With restaurants outpacing population and income growth, chains needed to right-size, and he doesn’t see that changing just because smaller brands are emerging as competitors.

Not all is down and out with casual chains. While certain markets are oversaturated, others have ample opportunities for growth and added revenue. Bertucci’s, which had over 100 casual Italian restaurants across the Northeast at its peak and is now down to 58, filed for bankruptcy in April and has since been acquired by Planet Hollywood founder and CEO Robert Earl. The new owner, who also runs Italian chain Buca di Beppo, has indicated he will not bring Bertucci’s to new markets but instead add new restaurants in its existing regions, including a Boston flagship.

The model could be a step forward for other financially addled casual chains.

“There’s some natural growth that always happens with brands as a way of increasing that top line,” Fernandez said. “The way you can grow as a brand is still opening new locations in better places, and [adjusting and getting] rid of some that aren’t doing well.”