After closing its doors in mid-January, the Nintendo World Store at Manhattan's Rockefeller Center just reopened under a new banner—Nintendo NY—drawing thousands of New Yorkers and foreign travelers to the store opening. (Many of whom didn't even make it in!) 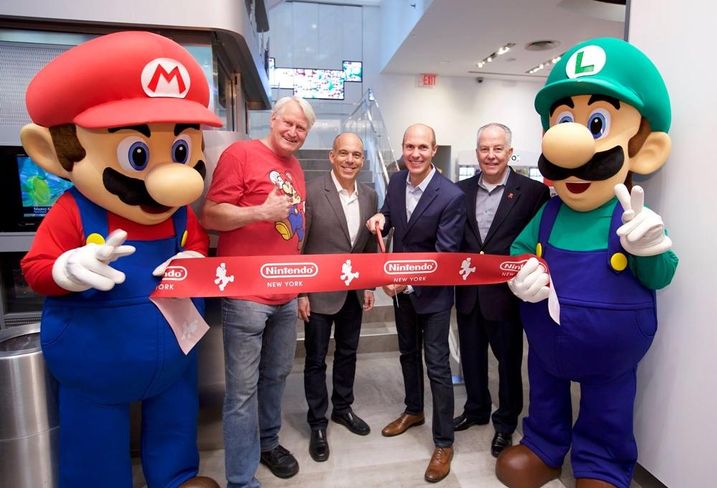 During the ribbon-cutting ceremony on Friday, the company’s famous Mario brothers were joined by voice actor Charles Martinet (who voiced both brothers), and Nintendo of America Sales VP Doug Bowser, EVP Scott Moffitt and Director of Shipping and Distribution Rick Lessley. 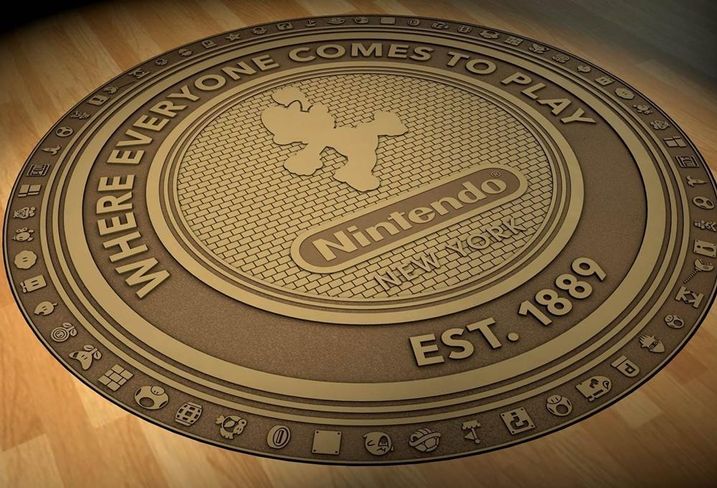 In a statement announcing the renovation, Scott said that Nintendo “is constantly evolving its experience for fans” and that the new store would be “a must-see location for anyone that has a memory of Nintendo or wants to see what Nintendo has in store for the future.” 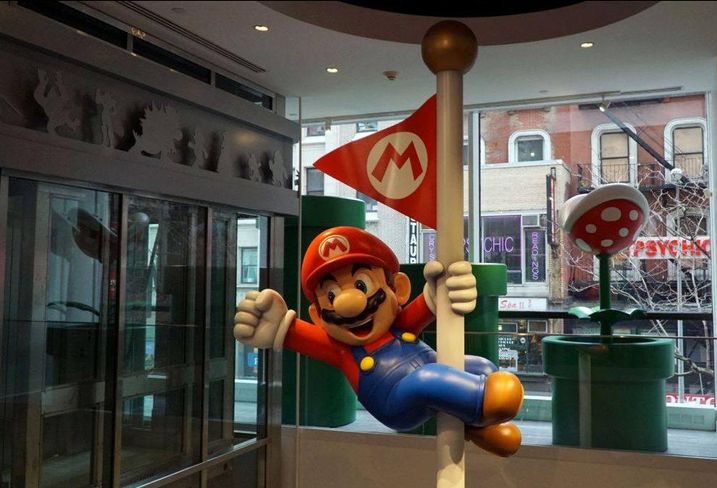 Other changes include relocating the first-floor registers to the store's west wall, tearing out the upstairs alcove and putting display cases on wheels to be easily moved and arranged.

Many of these changes were done to make the store’s interiors more spacious and flexible, not only for a fresh look and modular design, but to make room for events, including a fighting game tournament that will be held next month.

Speaking of history, the store also features the circular door Poké Ball handles (pictured) from when the store was originally opened as Pokemon Center NYC in 2001.

The store’s famous historical displays are still present, with items swapped out every few months, mainly depending on what game is being promoted. The current display includes a gallery of Nintendo consoles over the years, including the famous “Gulf War Game Boy,” a still-working handheld that survived an explosion during the Gulf War.

According to store manager Patrick Sadler, these exhibits are assembled both from Nintendo’s archives and store employee’s own personal collections.

Thousands waited in line for the store’s opening with chairs and blankets, some even coming from as far as Florida to witness the store’s opening. While some were there for a release of Fire Emblem Fates—a new game for Nintendo’s 3DS handheld—others had come simply for their love and dedication to the Nintendo brand.

The store will continue to have festivities all week, with giveaways and other special merchandise available for those who visit.