For the U.S. restaurant business, 2020 has already started with a bang, or rather, a crash.

Within days of each other, the parent companies of three sit-down chain restaurants, Bar Louie, Bakers Square and Village Inn, filed for Chapter 11 bankruptcy protection. Food service is a notoriously volatile industry, so these bankruptcies, along with other recent bankruptcies and closures of sit-down chains, could simply reflect industry churn.

But industry experts say deeper changes in the industry are also impacting chains, leaving them even less room for error as they struggle to grow or even survive. 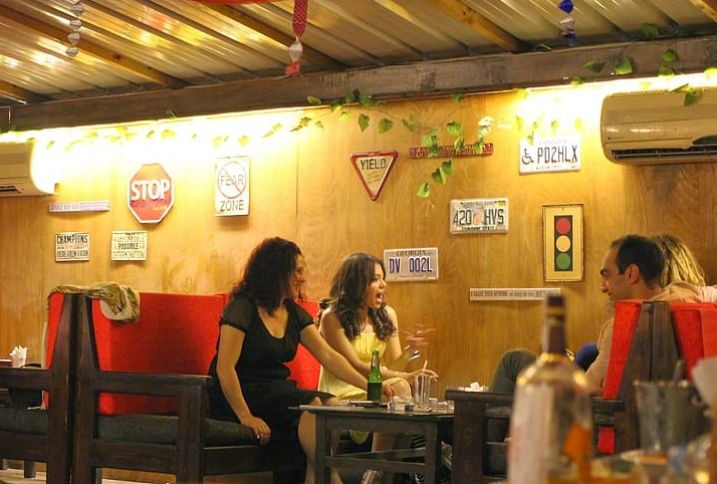 These businesses are beset by a variety of forces, said Anne Mills, a senior manager of consumer insights at food-service consulting and research firm Technomic.

"On the retail side, as fewer shoppers go to brick-and-mortar retail stores, that impacts restaurants’ ability to drive dine-in traffic," Mills said. "On the food-service side, restaurants are facing a particularly challenging operational environment because of rising costs, labor shortages, an oversaturation of restaurants, and trends like delivery disrupting the industry."

In theory, these should be good times for sit-down chain restaurants (those that employ wait staff whose customers pay after eating), as a strong economy buoys the industry. Unemployment is low and, after some stagnant years, wages are growing as well.

Moreover, people are spending more money for food not eaten at home than ever before. Sales at food service and drinking businesses nationwide in 2019 totaled about $770B, according to the Census Bureau, up 4.4% compared with 2018. Last year was the 10th consecutive year for sales growth in the industry.

"Sales growth across the decades reflects a long-term trend of the American consumer shifting their food dollar away from home," National Restaurant Association Senior Vice President of Research and Knowledge Hudson Riehle said. "Last year, Americans spent 51% of their food budget on food they didn't prepare themselves. In 1955, the total was 25%, and we believe the shift away from home is continuing to move ahead."

Of course, a single restaurant or even a chain doesn't compete with a million others. A more meaningful way to look at competition is market by market, Riehle said. Even in some of the most affluent markets, intense competition dilutes revenue potential, and restaurants need to work harder to stand out and to meet increasingly sophisticated customer demands.

That is where a lot of sit-down chains stumble, Playground Hospitality President Doug Roth said. Chicago-based Playground is a restaurant consulting group.

"If you have a concept that's ill-defined, or that has lost its identity, or lost the sense of what its soul is, you'll find yourself in bankruptcy," Roth said. "Customers respond to the people and the culture of a restaurant, because that translates to the guest experience. They're going to a restaurant for more than just a meal."

Not only are Americans spending more food money away from home, they are more sophisticated when it comes to dining out than previous generations.

"How could we not be?" Roth said. "We travel more, we have the Food Network, we follow star chefs."

In short, intangibles can be quite important in making a restaurant work, Roth said, and they also have to keep up with an ever-more sophisticated clientele. A lot of chain restaurants find a formula that works, change little for decades, and then wonder why they are out of step with their customers, he said. 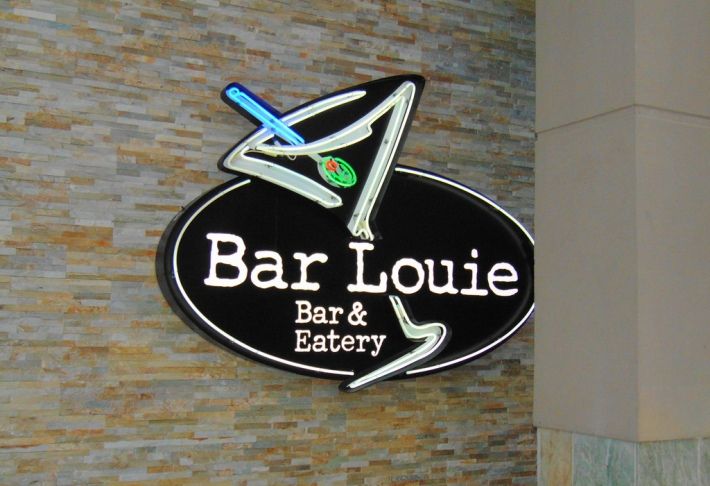 Debt loads have become a problem for many of the businesses on the rocks. With the relatively cheap capital that has been available over the past decade, many restaurants loaded up on debt, Mirus Restaurant Solutions CEO Dave Bennett said.

"Some took on too much debt, and when traffic counts starting falling back in 2015, the combination created cash flow problems," Bennett said. "This financial leverage is the cause of some of the bankruptcies."

In the case of Bar Louie, the company was carrying about $110M in debt when it filed for Chapter 11 protection. American Blue Ribbon Holdings didn't cite debt as a reason for its own bankruptcy, but did say that in 2018, a non-debtor affiliate had been willing to help the company fund its operations, which weren't turning a profit. Last year, that support was cut off, leading to the bankruptcy petition.

Bar Louie, which first opened as a single, casual restaurant in Chicago 30 years ago, peaked at 134 locations, but owner Sun Capital Partners closed 38 of those ahead of filing for Chapter 11. Sun Capital then inked a deal with the chain's creditors to buy it out of bankruptcy, unless a better offer comes along.

Sales were down, but that was only part of the problem for Bar Louie. The squeeze on cash flow meant that necessary restaurant refreshes and equipment modernization went undone, Howard Meitiner, Bar Louie’s restructuring chief, told The Wall Street Journal.

Bar Louie is also an example of a chain with many of its locations near major retail properties. Shopping malls used to be reliable generators of foot traffic, but that is no longer the case.

“The inconsistent brand experience coupled with increased competition and the general decline in customer traffic visiting traditional shopping locations and malls, resulted in less traffic at stores located near the retail complexes,” the company's filing said.

American Blue Ribbon Holdings, which owns the casual restaurant chains Bakers Square and Village Inn, filed for bankruptcy at almost the same time as Bar Louie, citing competition and sluggish sales, but also wage growth as reasons for the action.

Before the filing, the company owned nearly 100 Village Inn locations, with franchisees owning more than 100 more, including both Village Inn and Bakers Square locations. American Blue Ribbon is closing 33 locations, but said in a statement that the restructuring will result in a "healthy core of restaurants," and that the entire company might be sold.

The bankruptcies and closures are only the most recent examples in the sector. Last year, Ruby Tuesday's closed 26 locations after shuttering 51 the year before. Also, Friendly's closed 23 stores and Kona Grill Restaurants filed for bankruptcy in April and closed 19 locations. Perkins & Marie Callender’s filed for bankruptcy in August, and announced 29 closures, with Huddle House eventually buying the Perkins brand.

Another pain point for restaurants is the rising cost of labor. Some of the increase is being driven by low unemployment rates in most U.S. metro markets. In other cases, state and local minimum wages are rising.

All together, the industry employs about 10.7 million minimum-wage workers, making it quite sensitive to state-mandated wage hikes.

Harri, a workplace management platform for restaurants, reported in its 2019 Hospitality and Food Service Wage Inflation Survey that 45% of restaurant operators saw labor costs rise 3% to 9% in 2018. Twenty-six percent experienced labor cost increases of 9% to 15%.

So far, restaurants are responding by reducing the number of employee hours, raising prices, eliminating some jobs, and in some cases closing locations. For now, in a prosperous economy, that seems to be an effective strategy, FSR magazine reports, but it isn't clear how long it will last. 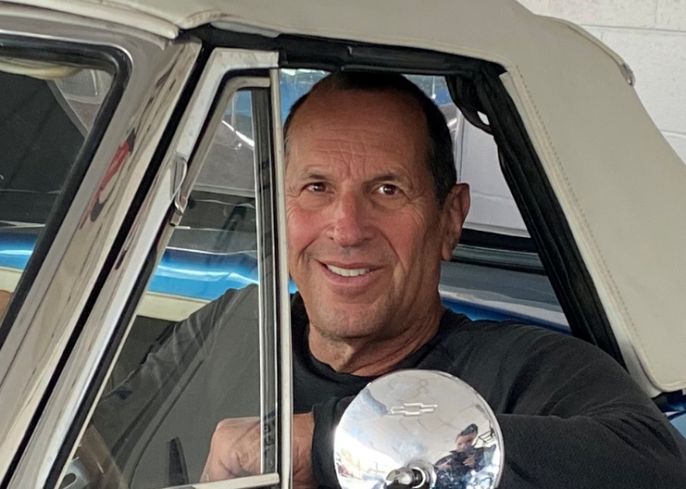 Another major change in recent years has been the expansion of what it means to be a restaurant.

"Unit growth has been up this decade, though 'unit' is an older term," Riehle said. "It's more useful to think of restaurants as points of access for prepared food. Along with traditional sit-down dining, restaurants offer carryout, delivery, drive-thru, curbside, food trucks and catering."

The growth in points of access offers potential new revenue streams for restaurant operators — or a chance to fall behind. The recent surge in food delivery is a particularly salient example, industry observers say.

"The industry wasn't well-prepared for the speed with which delivery has taken off," Bennett said. "Few restaurant companies who start delivering through third-party companies know whether they're making any profit out of the revenue flowing through that channel."

Traditional delivery enterprises like Domino's know how to deliver food profitably, Bennett said. But companies delivering for the first time in response to this wave of customer preference may well not.

"While some chains may able to turn a profit from delivery, many have found that the fees charged by the apps themselves eats into already-thinning margins," JLL Americas Director of Research, Retail James Cook told Bisnow in an email.

Yet they can be stuck with it. The wider growth of e-commerce seems to be conditioning consumers to expect, and even demand, that everything be available for online ordering.

"It's a shift in consumer behavior that's putting pressure on casual dining chains," Cook said. "Third-party delivery apps have made it easier than ever to order food from home."

Delivery apps are only a small part of the shifting technology of food service. Other examples include customer-facing tabletop tablets, restaurant reservation software and loyalty program apps that keep tabs on how often customers visit.

"The ability to remain top of mind with the consumer is paramount, with new technologies very important in developing a customer base," Riehle said.

Successful chains do what they need to do to encourage repeat business, Riehle said, but that isn't as simple as it used to be. Traditionally, high-quality food and service generated word-of-mouth, and standard advertising help draw in customers in the first place.

"Now technology is playing a greater role in acquiring and retaining customers," Riehle said. "Chains that keep up with it, that understand how to make it work for them, will have a competitive edge. Those that don't will slip further behind."