A Canadian company founded this year by two entrepreneurs has introduced a new kind of pop-up store to the retail world: a line of prefabricated, mobile cannabis retail locations. 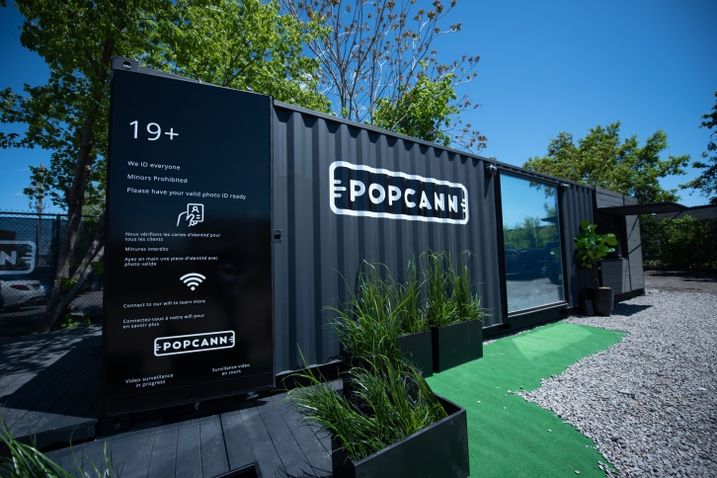 The company, Popcann Corp., plans to produce the shipping container-based retail hubs it calls Popcanns, having created a prototype with Storage Vault, a Canadian specialist in self-storage and related services. Popcanns can be sealed like a shipping container and moved around like one as well.

Co-founders Mike Girgis and Jake Neiman, in a press release announcing the venture, said the target market for their product includes rural communities underserved by brick-and-mortar cannabis shops. They also believe Popcanns would work well as temporary cannabis shops at music and other festivals.

"Our mandate is to ensure legal cannabis is made accessible to customers wherever they may be," Neiman said in a statement. "Optimal sizes and layouts enable us to bring legal cannabis to northern communities, music festivals, seasonal towns and other non-traditional environments," Neiman said.

Girgis pointed out that the concept also allows municipalities to test legal cannabis retailing within their regions, away from residential areas and traditional retail centers.

Popcanns will be compliant with the regulations in the markets in which they operate, the founders say, and its arrangement with Storage Vault will enable the company to operate as many as 200 Popcanns in nontraditional locations in Canada. In the U.S., Popcann Corp. says it will form partnerships locally to operate in states in which cannabis is legal.

Cannabis has been legal nationwide in Canada since last October, with its provinces and territories responsible for determining how it is sold and distributed with their jurisdictions.

U.S. law is considerably murkier regarding cannabis, which is now legal for all purposes in 10 states and Washington, D.C. (11 states by January, when Illinois' legalization takes effect) and as a medicine in a total of 34 states, though it is illegal at the federal level for any purpose.

Legal uncertainty hasn't dampened local enthusiasm for cannabis retailing in U.S. states where it is legal. For instance, Planet 13, a Nevada operator, recently said its cannabis SuperStore averaged 2,095 daily paying customers in May, up 7% from April and up 50% from its November 2018 opening. The average ticket price in May was $90.63, up 1.1% from April and up 14% from November.

Planet 13 is building a 112K SF cannabis complex. The first phase, which opened in November, includes a 16,500 SF dispensary, a grand hallway and offices. The second phase will include retail outlets and a non-cannabis-infused coffee shop.

“P13 has clearly established itself as the company in Nevada. It is a very attractive state and one in which multi-state operators need to establish themselves," Beacon Securities analyst Doug Cooper said in a report to clients, as reported by Cantech Letter.