Wren Kitchens, a major physical retailer in the UK, is making its first foray into the United States this summer when it opens a 31K SF showroom on this side of the Atlantic.

The kitchen design specialist will occupy the site of a former Babies R Us big-box store in Milford, Connecticut. Wren Kitchens, which was founded in 2009 and has about 90 showrooms in the UK, manufactures kitchens in its own factories. 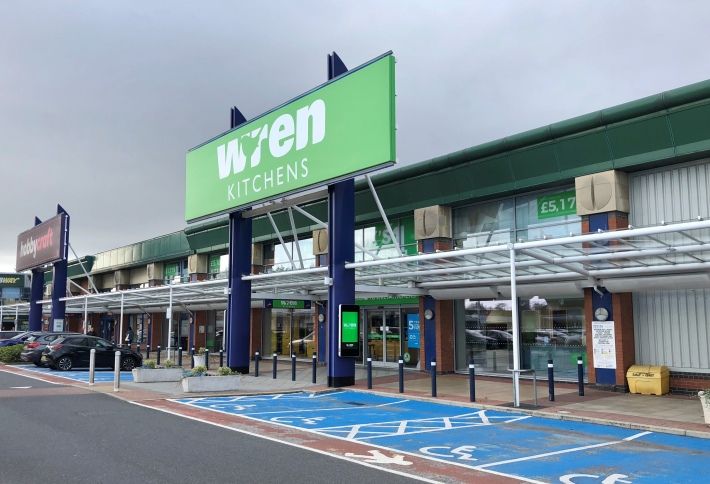 Wikimedia/ColinTheCaterpillar
A Wren Kitchens location in the UK

The company delivers many of its kitchens fully built, according to what customers have ordered in the showroom, including doors, drawers and wiring already installed. In the UK, Wren makes and delivers more than 2,000 kitchens every week.

The showrooms will display a large array of kitchen design elements for customers to inspect with their own eyes, including countertops, faucets, sinks and appliances, the Milford-Orange Times reports.

The store, which will feature about 100 kitchen displays, will also have experiential elements, including 3D virtual reality systems to help customers visualize what a kitchen designed by Wren Kitchens will look like.

To support its U.S. retail locations, the company is planning to open a 252K SF factory in Hanover Township in northeast Pennsylvania. It will be up and running at roughly the same time as the first showroom, the company said.

Wren Kitchens is planning other showrooms in the United States, as well as manufacturing facilities, but hasn't specified a timetable or exact locations.

The use of many of the former big-boxes left by the collapse of Toys R Us and other retailers has been slow in coming, but there have been takers for some sites.

Grocery stores and other large retailers, such as Target and Burlington Stores, have taken some. Last year, for example, Target stepped in to fill a large space left vacant by the closing of Toys R Us and Babies R Us at the Caesar’s Bay Shopping Center in Brooklyn.

Other former Toys R Us sites are being redeveloped to accommodate more than one retailer. In Tulsa, Oklahoma, Ollie’s Bargain Outlet and AutoZone have leased spots in a former Toys R Us that is being renovated to house them.