Amazon Aims To Pump Up Employment In Major U.S. Markets

Retail giant Amazon is preparing to hold job fairs around the country in hopes of recruiting as many as 30,000 new workers above and beyond the company's seasonal expansion that comes every fall. If Amazon succeeds in hiring that many workers, it would represent a 5% increase in its workforce. 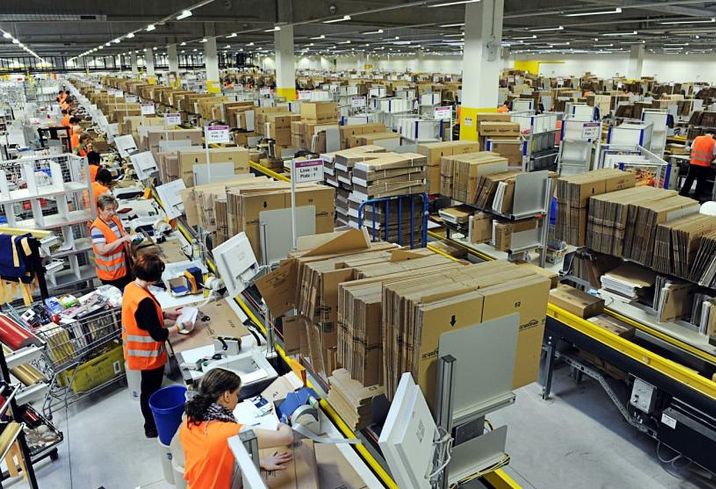 The fairs, which will happen Sept. 17, will be in highly developed logistics markets, and in some cases where Amazon already has a strong presence. Besides the company's hometown of Seattle, the events are also scheduled for Arlington, Virginia, home of HQ2, along with Boston, Chicago, Dallas and Nashville.

It is unclear what an employment expansion of this magnitude would mean to Amazon's overall real estate footprint, which is already enormous. In its most recent 10-K filing with the Securities and Exchange Commission, Amazon said that its global real estate footprint at the end of 2018 totaled 288M SF — a combination of warehouse/distribution, but also office space, retail and data centers.

From 2016 to 2018, Amazon built out more square footage, 74M SF, than it had in its entire history up to that time, The Atlantic reported. Most of that increase was in logistics-oriented space.

Amazon says this is the most job openings that it has ever had at once, which is a mark of how fast the company is growing, the AP reports. At the same time, the company is facing a tight labor market across the spectrum of workers because of low overall unemployment.

The retail behemoth has also had a prickly relationship with its workers, especially those in warehouses. Workers there assert that their jobs are physically and mentally draining, the company stresses them unnecessarily, and that they are looking for better job security, treatment for those that are injured, and better benefits and bonuses, CNBC reports.

The new hires will not be just warehouse employees, who will be paid at least $15/hour with benefits, and receive on-the-job training, according to Amazon. The company is also looking for tech and other workers. At the upper end of the pay scale, tech workers at Amazon reportedly command over $100K/year.