Barbershops Are Back And Bucking Retail Trends

While soft goods retailers are shuttering stores in record numbers, a cultural resurgence of men's grooming, estimated to reach $26B by 2020, has barbers, brokers and landlords lining up to get their cut. 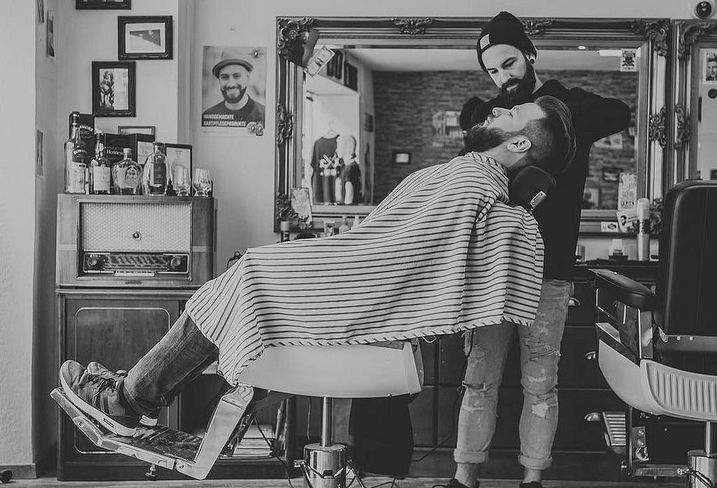 “You don’t just look better — you feel better too,” said Carlos Aguilar, a 28-year-old restaurant manager in Houston. He has a standing appointment with his barber every two weeks, spending about $60 and 45 minutes each visit. “It’s something special. I know when I go on a Thursday afternoon it’s going to be a good weekend. You’re ready.”

Aguilar is part of a trend sweeping the U.S. (and world). There was a 23% decrease in barbershops across the country from 1992 to 2012, according to census data. Then there was an uptick in 2013. Now there is a boom. State licensing boards make tracking the numbers difficult, but National Association of Barber Boards of America Executive Officer Charles Kirkpatrick estimates the growth at roughly 10%, on par with the number of licensed barbers in the last two years. Barbering is the fastest-growing profession in the U.S. 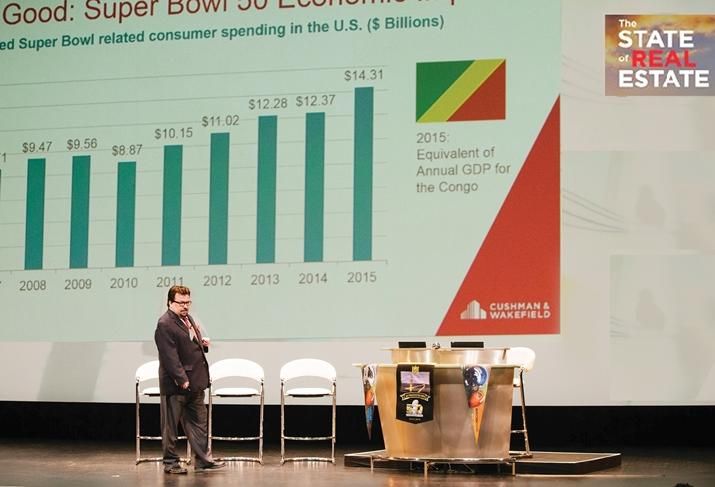 “For landlords, it’s a no-brainer. They want to fill these retail vacancies with new concepts,” Cushman & Wakefield Vice President of Retail Research Garrick Brown said. “One of the bright spots for retail has been health and beauty."

Landlords love barbershops and shave shops because they see the industry as exempt from competition from e-commerce. There is no way to get a haircut online.

Brown said most of the disruption from e-commerce is limited to the razor market, where brands like Dollar Shave Club, which recently sold to Unilever for $1B, have dominated in recent years. Beyond that niche, brick-and-mortar is king, accounting for 81% of total men's grooming product sales.

While he could not name specifics, Brown said he knows of major men’s grooming e-commerce players looking to open their first physical locations. 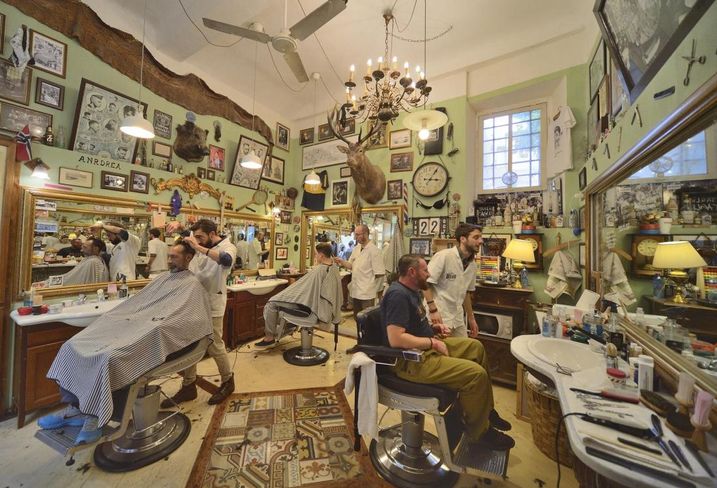 With added amenities and higher price points, luxury barbershops can even match the rents of a high-end salon. Brown thinks the new form of high-end barbershops are experiential retail done right.

"The folks who are doing retail best are offering an experience. That’s the point of these places,” said CBRE’s Brian Ashby, who works on behalf of the high-end barbershop Finley’s in Houston. “They’ve got lounges, TVs, drinks. They’re places you want to go and associate yourself with, especially on social media.” 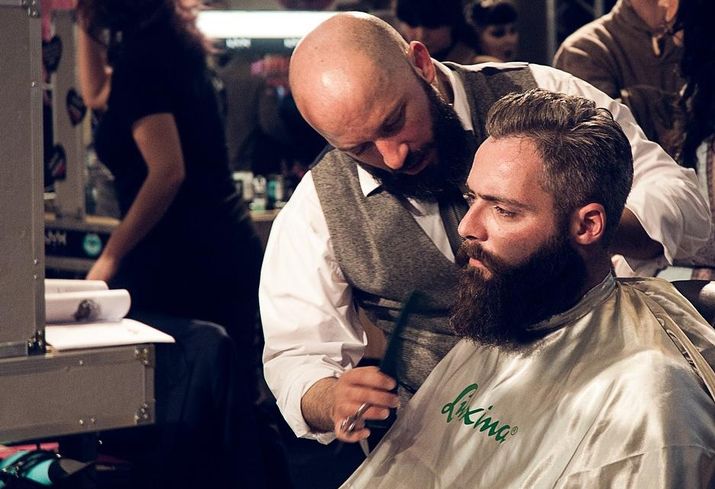 That lifestyle is becoming increasingly hip, and it is catching on. A recent Houston Chronicle’s Sunday sports front page featured the high-end haircuts of the league-leading Houston Astros. Based on Statista reports, the men’s grooming industry was worth $20.3B in 2015 and is expected to increase to more than $26B by 2020.

“Men today are being marketed masculinity in ways never seen before,” Barber said.

Today’s barbershops are helping to define, enhance and critique traditional notions of what it is to be a man. 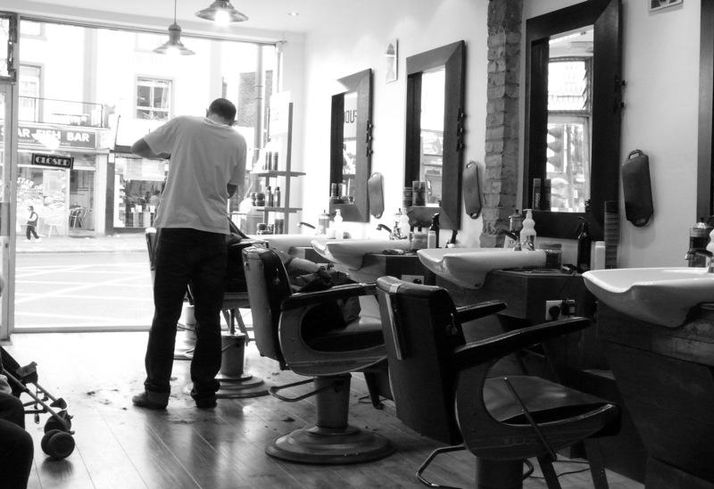 While nostalgia and masculinity may be part of the resurgence, your grandfather might not recognize the barbershop reborn. The new style of barbershop provides men with high-end services along with ice-cold beer or a pour of bourbon. They are far more expensive than the barbershops of yesteryear (expect to pay at least $40). Most have sleek decor and style in every corner. The result blurs the line between salon and barbershop.

The type of customer they attract is also a major draw for landlords. With mostly male clientele, high-end barbershops are regularly attracting people not often seen in many retail areas.

“These high-end barbershops can draw a more coveted demographic and create an identity for the property. They’re sought after,” Smith said. 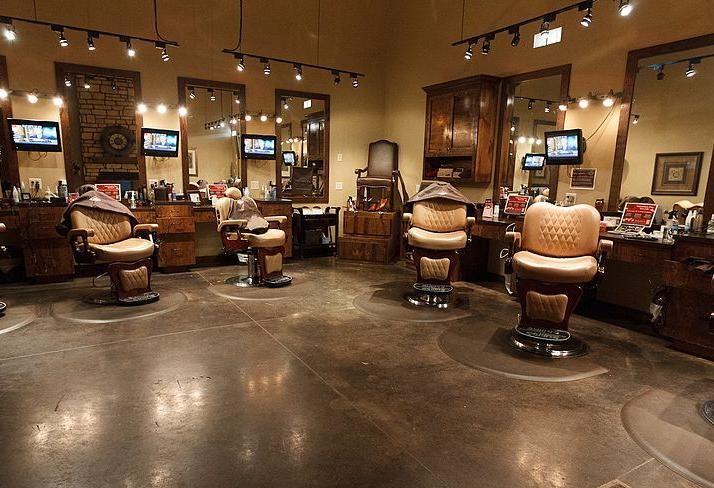 One particularly great thing for landlords about barbershops is the configuration of their space. Barbershops actually want what is known as "bowling alley space," a minimal storefront with a lot of depth. Those are notoriously hard spaces to lease.

In most cases landlords will even allow them to go into centers with an existing salon or barbershop. Ashby said these barbershops are not competing with Sports Clips or Supercuts because the customers of each are looking for something completely different. 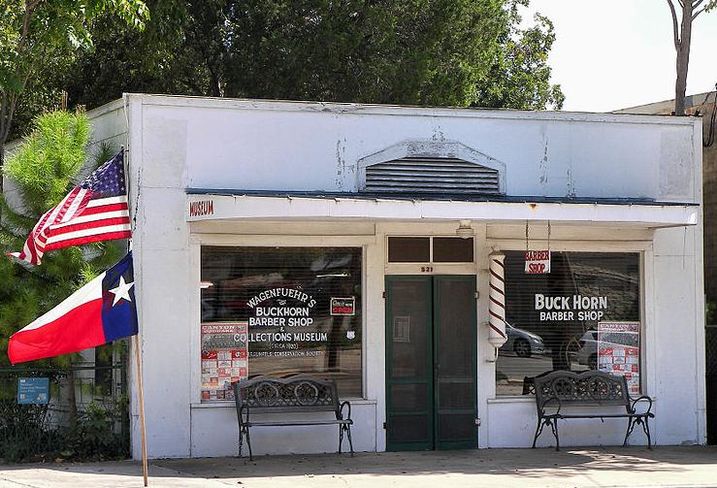 While the trend is red-hot, it is only just beginning.