Malls are no longer just retail and food outlets. They're becoming mixed-use development wonders—livable cities within the city—complete with office and residential space. Some are taking it to the extreme, featuring over-the-top attractions and Hollywood-style entertainment. Here are the top 10 malls with the most unique attractions in the world. 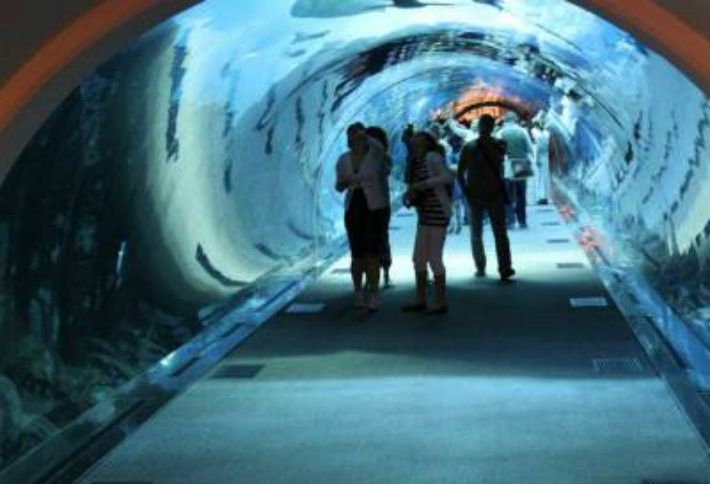 In addition to being the largest shopping mall in the world, the Dubai Mall is also home to the biggest suspended aquarium (10 million liters). The Dubai Aquarium and Underwater Zoo's sand tiger sharks can be seen from the glass tunnel, a glass-bottom boat ride or a cage diving session. Don't worry if you forget to bring a swimsuit, you'll be able to purchase one; there are 1,200 stores and services at the mall. 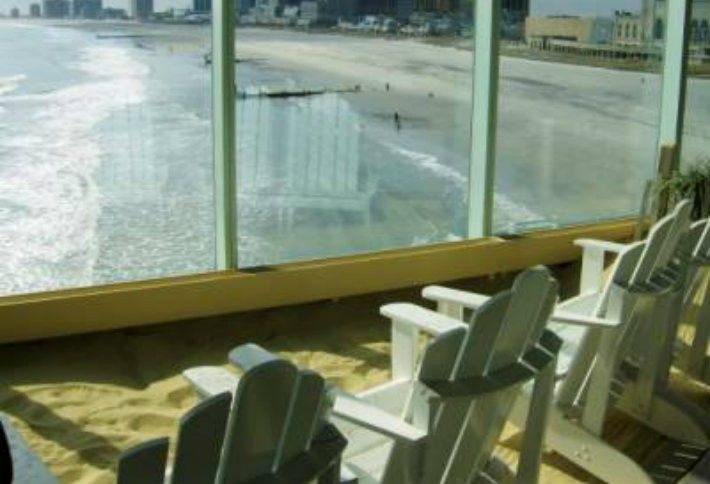 Unique feature: An indoor beach with views of the actual beach.

This four-story shopping mall is on the pier and connected to Caesars Atlantic City by a skybridge. Although owned by Cushman & Wakefield, the entire mall was renovated by Taubman Centers in 2006. It now houses high-end stores like Tourneau, Gucci and Apple. The third floor of the mall replicates a beach, complete with sand and Adirondack chairs for guests to sit in and stare out at, well, the real beach. 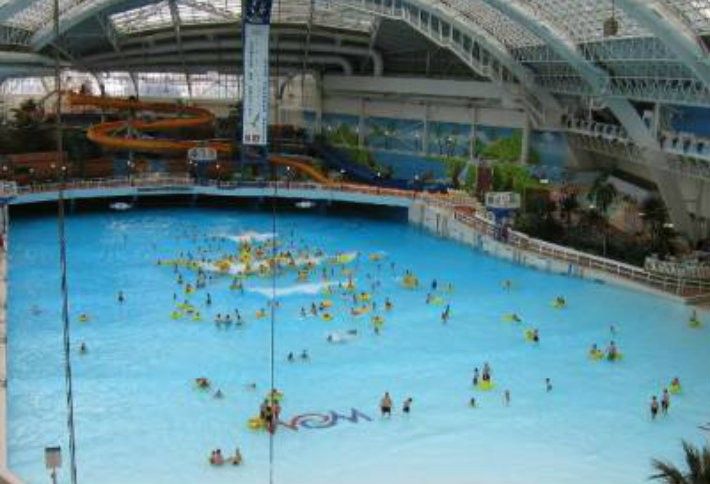 Unique feature: The world's largest indoor swimming pool, which is home each year to an effort  to enter the Guinness World Records.

North America's largest mall, with over 800 stores, features the world's largest indoor waterpark and indoor amusement park. Every summer, the mall hosts a free swimming lesson in an attempt to break a Guinness World Record for the largest simultaneous swimming lesson. (It's succeeded five years in a row.) Over 36,000 people now attend from over 22 countries, meaning the water must be uncomfortably warm. 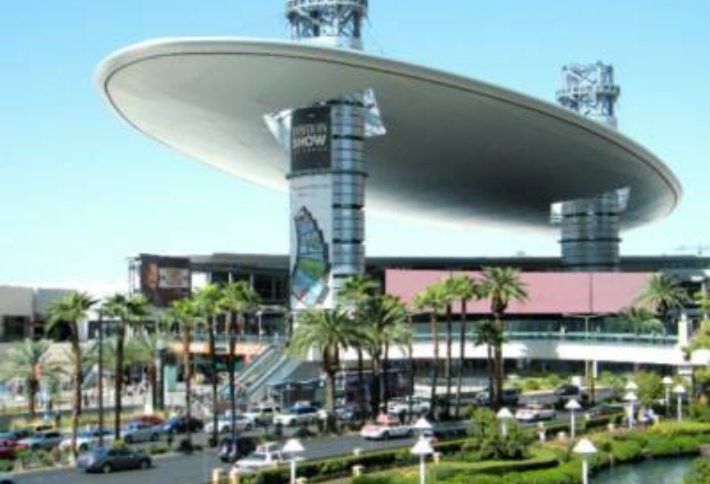 Unique feature: A giant multi-purpose disc that can only be found in Vegas.

Sin City's Fashion Show Mall features a giant UFO-like disc structure called the Cloud. Like the name implies, it shades guests during the sweltering daytime. It also acts as a movie screen at night. And during the winter, the mall schedules snowstorms to bring some holiday spirit to the desert. You know, normal mall stuff. 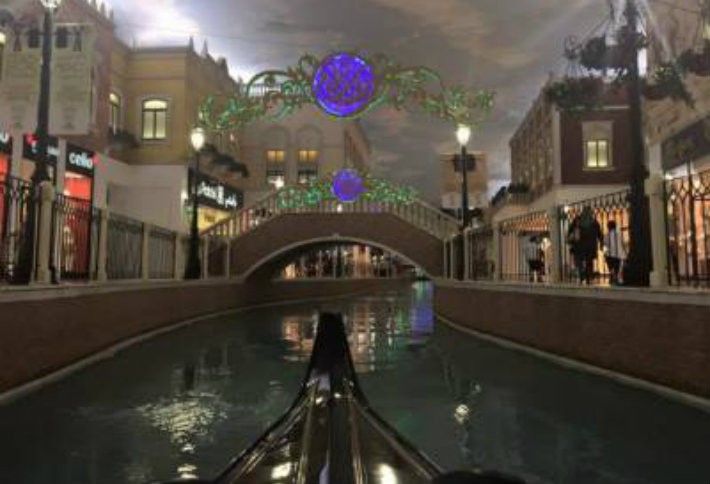 Unique feature: Forget your standard escalator, because this indoor Italian-like village has gondolas.

Step inside this mall to be instantly transported from the Middle East to an Italian hill village, complete with lampposts, marble-like features and a ceiling painted permanently partially cloudy. And there's no need to walk when you can ride in a gondola down a 150-meter-long indoor canal. 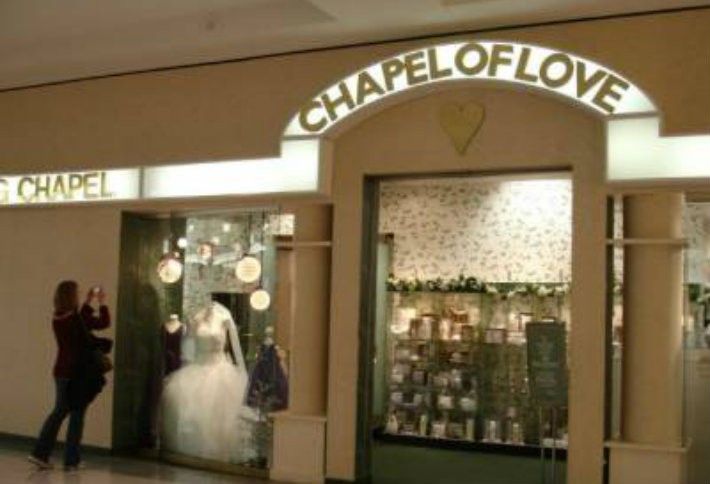 Unique feature: An in-mall chapel where weddings can take place.

With an indoor amusement park, aquarium and countless stores, the Mall of America brings the State of Minnesota almost $2B in economic activity. The giant mall is planning a $500M expansion to add 580k SF of retail space and 168k SF of office and residential space. On top of already seeming like a small town, people can tie the knot at its Chapel of Love. Over 7,000 people already have, because what's more romantic than America's largest mall? 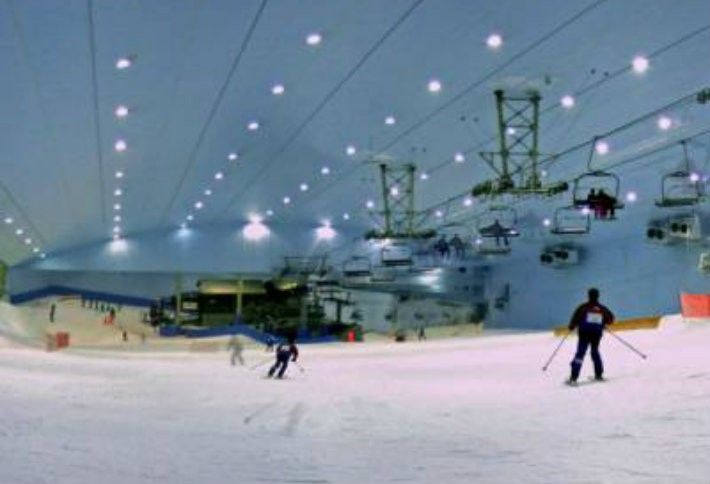 Opened in 2005 by Majid al-Futtaim, the Mall of Emirates features more than 90 food outlets and 700 stores. But if you're looking for a little adventure, the mall is also home to Ski Dubai, the Middle East's first indoor ski resort and snow park as well as the world's largest. The ski area is a vast 242k SF with five slopes of varying difficulty. If skiing isn't your thing then there's also an ice cave to explore or a sled run to go on. And to make it really feel like a winter wonderland, resident penguins are occasionally let out of their enclosures to wander. 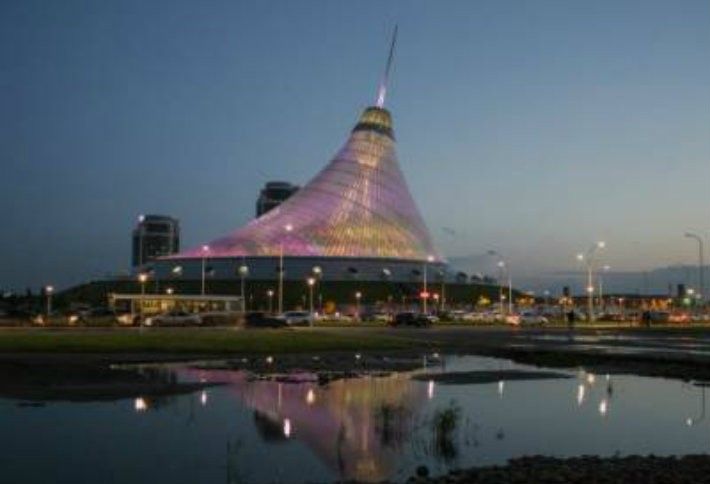 Unique feature: This shopping complex is covered by the world's largest tent.

Tents are no longer reserved just for circuses. In 2010, the world's biggest tensile structure, with a height of 150 meters, opened up for President Nursultan Nazarbayev's 70th birthday. Inside its translucent canopy is a shopping center, an indoor beach resort and boating river. Its purpose is to be part-entertainment venue, part-family-friendly haven from Astana's harsh winter. But the flashy complex was called the president's "latest vanity project" by The Guardian. 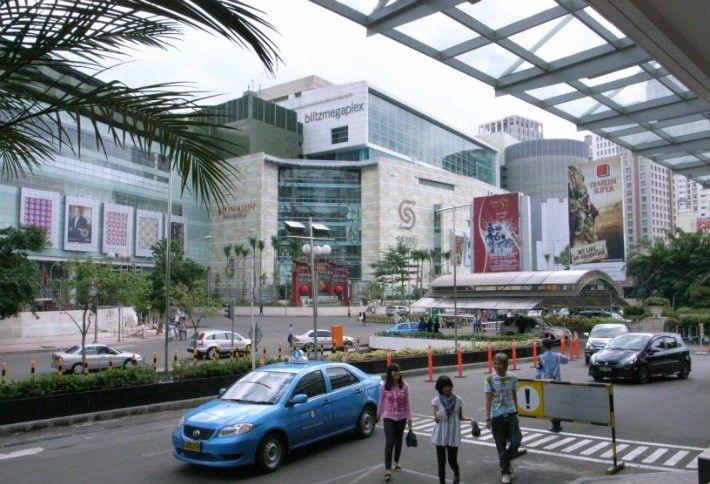 Unique feature: Rather than your average food court, this mall is split into five zen zones.

Indonesia is becoming a hot spot for big-name developers like Donald Trump. The Grand Indonesia complex includes the Grand Indonesia Shopping Mall, private residences and a five-star hotel. But its food court is probably its most interesting feature; unlike typical food courts, this one is split into five zones with an overarching zen-theme. There's the Bark Zone, Burnt Wood Zone, Glass Zone, Bamboo Zone and Brick Zone—a zone no matter what your craving or mood is.

The country's largest mall developer and owner, SM Prime Holdings, opened this location in 2006 with design architect Arquitectonica. The main attraction is the eight-story tall movie screen in the San Miguel-Coca-Cola Imax Theatre, the world's biggest of its kind. There are also over 1,000 stores.