What A Greek Default Might Mean for Real Estate 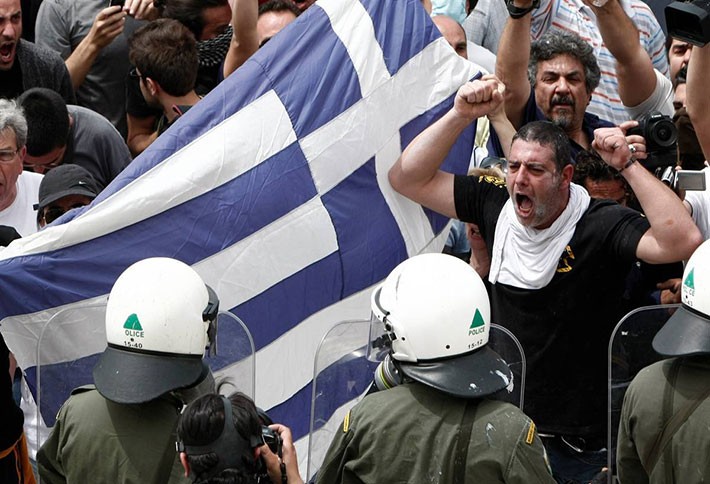 Graccident. Grexit. The buzzwords surrounding a Greek default are rolling in as the clock still ticks toward the nation's default and subsequent exit from the eurozone. Such a departure is unprecedented in the monetary union's 16-year history. And with that comes uncertainty about the potential repercussions. There's still hope for 11th Hour salvation. But should the impasse between Greece and its creditors continue, real estate in and beyond the European Union would feel repercussions, not all of them dire.

Several distinct facets of the real estate sector would be put to the test by a Grexit. At the epicenter of the crisis sits Greece's tourism industry: the hotels that support it, hospitality workers who serve it and retailers who cater to the country's roughly 22.5M annual visitors. Those tourists contribute about $31B to the Greek economy, according to the World Travel and Tourism Council. Obviously, that's a life raft the country sorely needs to cling to. And the industry has reason to take heart in the idea that a wilted euro could actually boost Greece's appeal as a vacation destination.

However, capital restrictions are another matter. Few travelers relish the idea of bank closures leaving them unable to withdraw cash And while carrying credit cards or extra bills are defensive options, they're not the sort of measures one likes weighing on his mind while headed to Mykonos. For now, favorable currency exchange rates have outweighed fears of restrictions, with the major UK travel agency Thomas Cook telling the Daily Telegraph it's seen no drop-off in bookings to Greece. And the country's own tourism bureau is optimistic about the year ahead, citing industry stability in Cyprus despite recent chaos there.

Speaking of the UK, a Greek default and departure from the EU could be yet another boon to London's stratospheric real estate market. Though England is hardly immune to a possible contagion, it's less exposed than continental Eurozone members. The spread of economic ills to mainland EU nations would bolster London's reputation as a (murky) safe haven, likely to the chagrin of many Londoners.

As for America, the Greek saga has already been credited with pushing down mortgage rates, another shelter from the protracted storm off the Aegean. Expect the dollar and US Treasury to also enjoy boosts as safety nets. Still, the recent run of rock bottom interest rates could weaken the global economy's immune system against contagion, with dizzying rallies in everything from government to junk bonds in danger of being undermined.