After Second Flood In 11 Months, Property Owners Left Asking Why 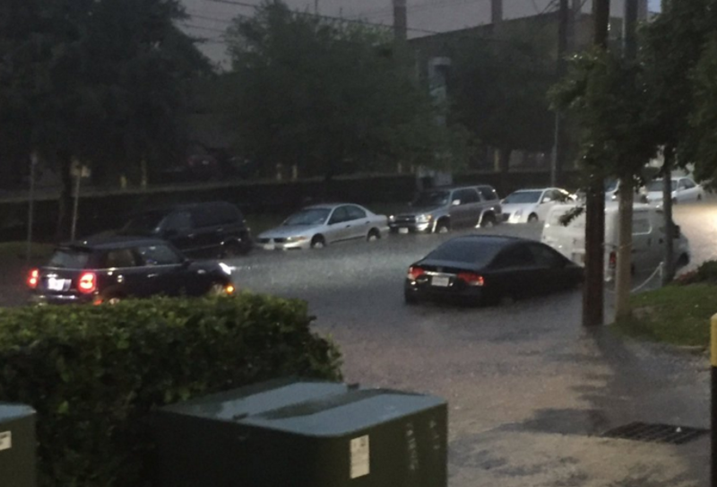 Texas BOMA president-elect Brett Williams has seen his fair share of damage in commercial real estate. The basements of three of his buildings flooded in the wake of tropical storm Allison. Brett stressed the most important part to protecting any assets is figuring out where the water is coming from and stopping it, which is hard in sizable commercial properties. It could be the roof, windows or street-level flooding. Even if you complete all your preventive measures, you can still have problems with this much rain. City storm drains can back up, roof drains back up. Nothing is designed for that amount of rain.

Brett knows firsthand how much building managers hustle during the aftermath of a storm. Once the flooding is stopped and everyone is safe, calling in the troops becomes the biggest challenge. It's a rush to get building staff on-site for cleaning, call catastrophe remediation companies, and notify tenants, owners and insurance companies. It’s all hands on deck to keep the building open and business operating. Luckily for Brett, his buildings avoided serious damage this week.

Many businesses weren't so fortunate. Wulfe & Co CEO Ed Wulfe says street flooding has never been more extensive. For the second time in 11 months, businesses are being left to deal with the aftermath of a flood. Businesses absorb millions in lost revenue from being shut down as well as the cost of repairs. A storm that triggered similarly sized floods across the East Coast cost $2B two years ago. With Houston already suffering from the effects of low oil prices, the additional cost burden from the flood is hard to fathom.

With so much distress caused by flooding, it's hard to understand why the city hasn’t done more. The answer is complicated. Some say real estate developers are using loopholes and grandfathering to avoid city regulation requiring them to deal with runoff. The Harris County Flood Control District is going to great lengths to combat flooding, but has often found the political will and funding to be missing. The issue of flooding took center stage during the recent mayoral election, but the conversation was soon eclipsed by the city's massive budget shortfall. Flooding (although the mayor has named it one of his top priorities) is just one issue on a long list of problems the city's budget is struggling to cope with. 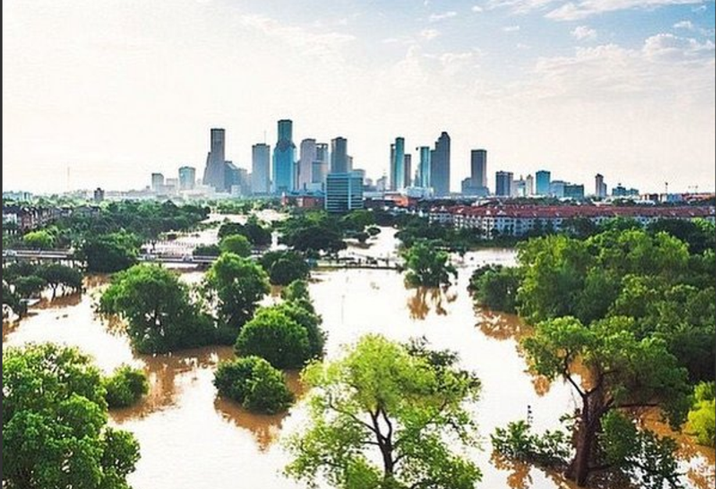 All across Houston, efforts to combat flooding are being stonewalled. Years ago, the city signed a contract promising several detention basins in the Memorial City TIRZ 17 area. The contract has yet to be honored. Much of Monday’s flooding was in Meyerland, where the United States Army Corps of Engineers has blown multiple deadlines on improvements to the Brays Bayou. Project Brays is eight years behind schedule due to lack of funding and land acquisition issues. As flood safety projects stagger all across the city, property owners are left to try to capture federal and state funds for recovery. Just last month, HUD awarded Houston more than $66M to help flood victims of the Memorial Day floods in 2015. With insurance claims rolling in, the total for this catastrophe could be higher. 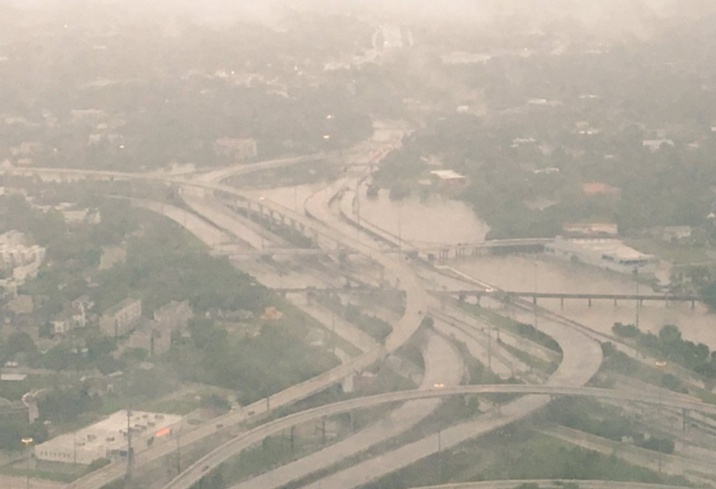 It's not possible to prevent surging waters: the main goal of the Harris County Flood Control District is to control and manage the flooding. To that end, nearly all of Houston's green spaces have been designed to double as stormwater transfer and retention. Yes, some areas are meant to flood.

Keith-Wiess Park is almost 500 acres in North Houston full of natural looking ponds designed to hold water and drain into the bayou. The same is true for the recent renovations at Buffalo Bayou, White Oak and Brays. Houston’s green space is its greatest defense against flooding. Even the recreations areas like baseball fields and dog parks are designed to hold and transfer water. In Houston, a flooded park means a saved home. 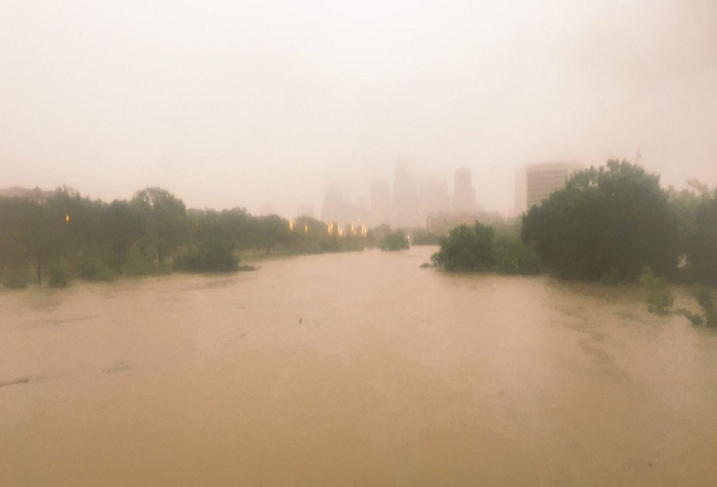 Houston’s green spaces aren’t enough to manage and transfer the 240 billion gallons of water that poured onto the area on Monday. In extreme situations, roads are also designed to flood. The ultimate goal is to save property. In a historic storm like Monday’s, that means turning roads into rivers. Virtually all curb and gutter streets are intended to flood under a given rainfall intensity in order to provide protection. During storm events that result in flooding, the floodplain provides storage for the excess runoff. If this storage is eliminated in one place, it will end up forcing water somewhere else. The zero-sum game of flood control creates tension between municipalities all across the greater Houston area.

It’s important to remember that the primary reason areas flood is insufficient street grades to convey stormwater to inlets. Another major contributor to flooding is clogged or damaged sewer inlets. The responsibility to maintain those varies between the Harris County Flood Control District, the City of Houston and some formalized neighborhoods districts. The nuanced division of responsibility further exacerbates an already difficult problem. 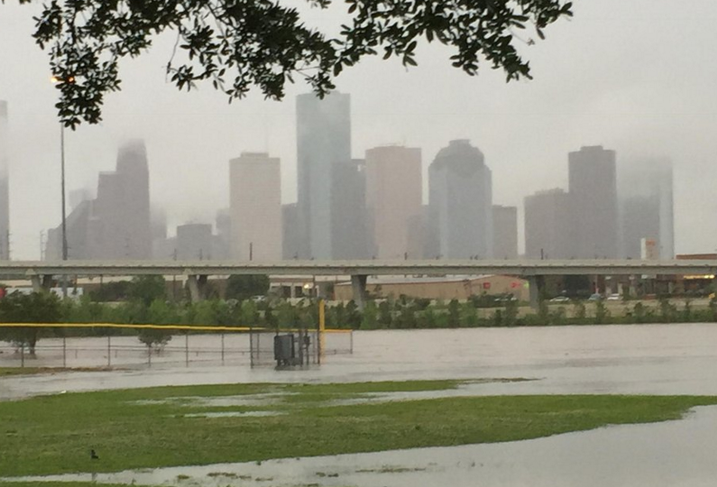 Harris County Flood Control always talks about planning for the 100-year storm—the worst 1% of storms. Monday’s flood was a 500-year storm—the worst .2% of storms. In the wake of such a storm, citizens are eager to question how such flooding could happen and point fingers in all directions. Let's not forget that in the nation’s fourth-largest city, such a weather event could have caused much more damage. Houstonians did their best to manage the unmanageable, proving just how heroic they can be along the way. Homeowners, city officials and business are on the same side. Flooding is the common enemy, not each other.