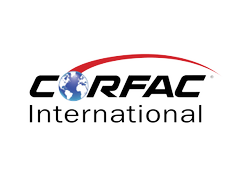 Global technology companies are reshaping cities across the globe. Industry giants like Amazon, Google, Facebook, Apple, Microsoft, Intel and Oracle have moved beyond traditional tech markets like Silicon Valley and Seattle, expanding to other metropolitan areas and smaller regional offices. Tech companies drive demand for office and industrial space not only through direct acquisition and leasing, but as magnets for additional growth and development.

“Globally, it is a fast-changing world,” Farebrother/CORFAC International London Senior Partner Alistair Subba Row said. “Of the top five major tenants in both the office and the industrial segment, we see almost the same players in the main international markets. It is incredible the speed of expansion of these players across the globe.”

Subba Row recently spoke at a meeting of CORFAC International real estate affiliates from Mexico, Israel, Italy, Germany, Ireland, Great Britain, France, Russia, Romania and the U.S. Representatives from each of these countries have seen their real estate markets grow exponentially due to these large tech firms occupying office and industrial distribution space.

The CORFAC gathering was hosted in Bucharest, Romania, one fast-growing destination for high-tech startups and more established companies alike seeking an educated labor force. Many of the largest tech companies in the world maintain offices in Bucharest, including Amazon, Microsoft, Oracle and IBM. Google, Uber and Salesforce also have smaller presences in the city.

"Romania will be the next investment benchmark in the region, with ongoing negotiations for office buildings of more than 200K SF,” ESOP Consulting/CORFAC International Managing Partner Alexandru Petrescu said.

Tech companies are also bringing their expertise farther west. France and Britain have maintained a friendly rivalry as each vies to become Europe’s largest tech hub. The French government has focused on leading the charge on emerging products and sectors like artificial intelligence. Most commercial property in France is owner-occupied, BG Carré/CORFAC International Paris principal Bill Beauclerk said. Opening up leasing opportunities can help draw fast-growing tech firms in need of flexibility. Business incubator facilities and flexible working spaces are beginning to solve this problem. Station F in Paris, for instance, attracted more than 1,000 startup firms in its first year.

In Ireland, where the office market is dominated by tech companies such as Google, Facebook, LinkedIn, Amazon and Salesforce, economic growth reached 7.3% in 2017 and office vacancies dropped to 7%, HWBC/CORFAC International Dublin Division Director Emma Murphy said.

Meanwhile in Germany, some of Europe’s largest gaming companies are headquartered in Hamburg, which is the country’s second-largest tech hub after Berlin. Tech investors are creating a base of talent that is helping the city attract startups. As a result of this growth, the real estate investment market is experiencing high demand and low offers, Berendes & Partner Consulting/CORFAC International Hamburg general director Hans-Ulrich Berendes said.

The office growth and investment trend goes beyond Europe and the U.K. Israel has attracted foreign investment due to its high-tech and biotech companies. Mexico has seen economic growth as well, and is experiencing a tech boom as companies like IBM, HP and Motorola increase their presence there, Citius Capital/CORFAC International Managing Partner Miguel Cavazos said.

How long the global upswing will last is still unclear. But as more global cities set the stage for innovation and competition, there are several opportunities for cross-border real estate investment, development and leasing to technology companies.

This feature was produced in collaboration between Bisnow Branded Content and CORFAC International. Bisnow news staff was not involved in the production of this content.