The big landlords are warming up to creative office, and even brokerages like CBRE are adopting open-plan workplaces. In fact, the concept is getting so mainstream that there are entire REITs focused on creative office space. Bisnow sat down with Resource Real Estate Innovative Office REIT CIO Marty Caverly to get the inside look at the new trend, and why it's appealing to investors. 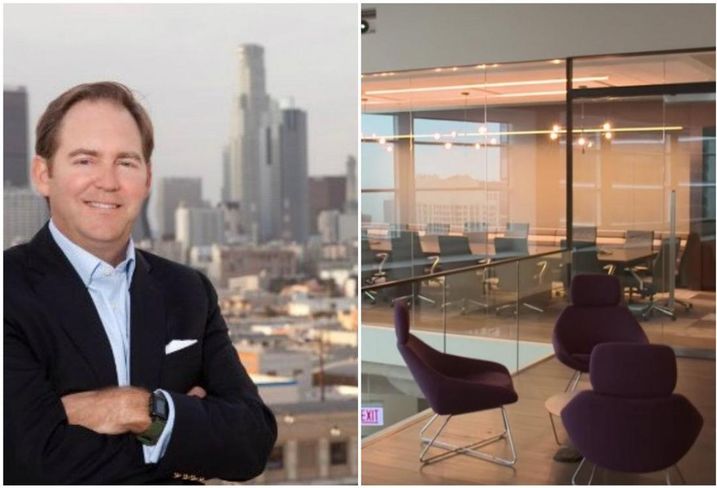 Bisnow: Some onlookers are saying that co-working is just the first solution to companies growing in unpredictable ways and not fitting into classic lease structures. What’s your take on that?

Marty Caverly: Well, there’s people on both sides of the fence on co-working and the WeWork phenomenon, but I think people forget that this has happened before. We’ve had Regus for a long time, and in the late '80s and '90s, a lot of suburban office was littered with shared office space, where you would grow in and rent by the month. So this is not a new concept. I think what is new is a larger number of 1099ers in the workforce, and that the average life cycle of a business is getting shorter and shorter. I think the average life of a company is seven years—why would I sign a 10-year lease? I think you’ll see leases continue to shrink. Now, there are still needs for larger HQs and larger leases, but certainly the demand drivers are going to push leases to a shorter term.

Bisnow: Can these creative office tenants weather a downturn?

Marty Caverly: A lot of the traditional office guys think this is kind of a bubble, they say “well, I’ll give them 20% to 30% of my building, but I would never give them the whole thing, because how will they pay me during the next downturn?” I think these groups—and not just WeWork, there are smaller players out here in LA—they’re more like hotel companies. Most hotel companies can see out three to five years due to corporate bookings, and the rest is you and me coming in on nightly trips. A lot of people think it’s a nightly business, but there’s a lot more visibility than you think. I also think we’re underestimating the value of this flexibility for bigger companies when they enter a new market. Even Facebook owns a lot of its bigger stuff, but it still leases a ton of space—it likes the flexibility and plug-and-play nature.

Bisnow: There’s a lot of new creative office space out there—what are some of the different types you see?

Marty Caverly: There's a lot of misconception. When most people think of creative they see old warehouses converted with cement floors and kids riding around on skateboards—and that’s certainly part of it, but you can also have "creative space" in a very traditional office building. CBRE’s downtown LA HQ is a perfect example, it’s about as traditional a Class-A building as you get, but they’ve designed it so it’s open plan, with shared offices. To me that’s what it’s about, the collaborative space vs. everybody locked in an office and not communicating. One thing, though, I don’t think you can do a creative building in the middle of suburbia—it has to be in a transit-oriented site, an environment that kids want to work in, where they can walk to the best bars just after work.

Bisnow: So what are the things that you guys look for when investing in a creative office space?

Marty Caverly: So, first of all, urban not suburban. I’m not saying you can’t make money on the suburban stuff, but that’s a much more risky play in our view.

Ideally somewhere around a transit, and hopefully it’s where "the buzz" is happening. A lot of these cities are going through an urban renaissance, and that’s not necessarily in the traditional core. In NYC, Midtown was the core, but now that’s moved to upper-Chelsea lower-Midtown, that’s where the gravity is going. And then, of course, the building has to lay out well internally. If a tenant wants to go open plan—which we’re seeing almost every major tenant in the country looking to do that—it has to lay out well for them and be cost effective.

Marty Caverly: We’re seeing it across the spectrum. Startups, for sure, they like that space. But we just saw GE move to Boston, and its space there is going to be all creative, open-plan space. We view this as serving all companies—it’s not a niche tech strategy.

Bisnow: Why the focus on creative office, rather than another asset class?

Marty Caverly: I did one of these conversions, and I was surprised by how many real tenants I saw. So I started doing research on where the Millennials are going, and how companies compete for talent, and our view is if you’re not doing something with your office space then you’re at a disadvantage. And more fundamentally, if you look at the four food groups, office has really been the last one to recover, and depending on what market, we’re still not at prior peaks. Overall, we don’t see the same headwinds as in other sectors, and we view this as a long-term trend that people will migrate out of traditional space into more creative space.

Bisnow: Looking forward, obviously WeWork is a big player in this space—will their rise continue? What other companies will start to take off?

Marty Caverly: I think the WeWork phenomenon is going to be around for a while—it's so well-funded and so large. But it’s unclear what will happen in a downturn. But of the whole shared-space phenomena, that’s just one component.

I think people conflate the WeWork phenomena as creative office, but they’re really two different things. WeWork is a shared office environment, but when you go in there, it’s not that open. It’s part of the innovative office revolution, but I wouldn’t necessarily define that as creative. It’s just another trend. It fits into this age of shared working, where it lets all of the tenants in the building—while you may not be collaborating with them—share the headaches of leasing office space. We’re more focused on companies that want to control their own space, what they’re doing with it and where is it located.