Workers Won't Return To The Same Office Space They Left

For many people, working at home might only last as long as the government requires it. When they return, it will likely be to a changing office space environment. 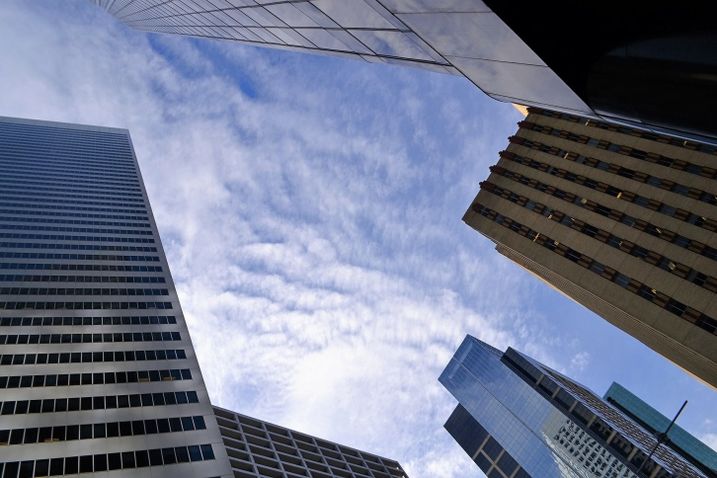 Some changes will include doors and elevators that don't need to be touched to operate, fewer chairs in common areas and fewer common areas period, Vox reports.

Other changes will be less visible to the eye, but part of many 2020s offices all the same, such as antimicrobial fabrics and regular wipe-downs of highly touched surfaces, according to Vox. Ultraviolet germicidal lights as part of HVAC systems, which isn't a new technology, might also catch on in a bigger way.

Open-plan office space, so recently the wave of the future, could soon be a distant memory as office space is marked by dividers and punctuated by private rooms.

“There'll be a lot of thoughts about employee density,” Empire State Realty Trust CEO Anthony Malkin said on a Bisnow webinar last week. "The WeWorks of the world, Convene, Industrious, they get called out for their coworking, but there are a tremendous number of tenants who have deployed benching when you have 2, 3 feet between people."

As long ago as 2013, Danish research found that people in open-plan office space took more sick days, possibly because pathogens spread more easily in open offices. Other criticisms of open offices included the noise and a purported lowering of productivity, but none of those were enough to stop the trend until the novel coronavirus came along.

Now coworking specialists are faltering. WeWork, has consistently lost money for years — long before the coronavirus showed up — but it has reportedly stopped paying rent at some of its locations and is renegotiating leases, as is competitor Knotel.

What will replace the open office is an open question, but designers are taking a stab at it. Cushman & Wakefield’s Amsterdam office is testing what it calls the Six-Feet Office, featuring desks separated by transparent shields, marked floors to keep people apart and disposable desk pads.

The goal of Cushman & Wakefield's Six-Feet Office is to make offices more habitable now, while longer-term adjustments to design are made. It has also established a post-pandemic recovery task force.

“In the next four to six to eight weeks, as people begin going back to work, companies aren’t going to have the time or the ability to remodel offices,” Cushman & Wakefield CEO Brett White told the Wall Street Journal.