Mack-Cali Realty Corp. is poised to intensify its focus on waterfront properties while selling off other assets, especially suburban office, CEO Michael DeMarco said during the REIT's most recent earnings call. 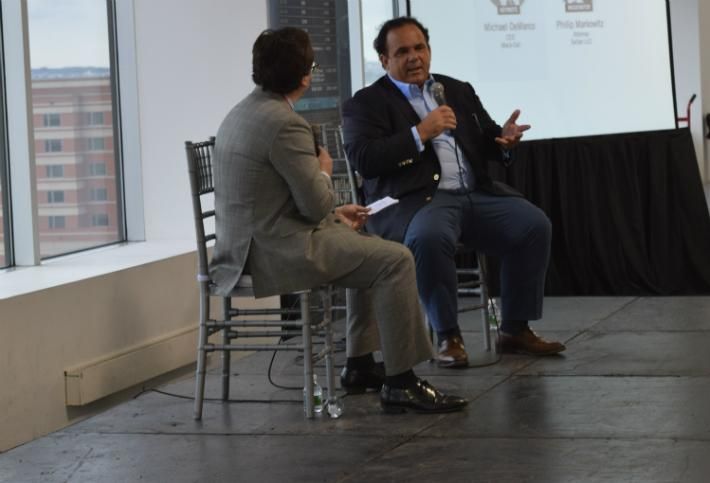 The company has suburban office holdings valued at $1.15B. About $250M worth of those properties are already slated for sale in deals that will close by the end of 2020, DeMarco said.

The remainder of Mack-Cali's suburban office portfolio has an estimated value of around $900M, and DeMarco said he is going to recommend to Mack-Cali's board of directors that a portion of these holdings be sold in the near future. They include properties in the towns of Iselin, Parsippany and Short Hills, all suburban New Jersey assets.

"I will then recommend a strategy to see if we can’t get rid of all of that over the next 12 months," DeMarco said, meaning the entirety of the $900M suburban office portfolio. "That’s a strategy we’re going to have a conversation [about] in December."

"We've been doing this now for the last several years. We want to get down in debt ... We want to exit suburban. There is a path. I think we wind up in a relatively good spot as evidenced by the [funds from operations]," DeMarco said.

During the third quarter, Mack-Cali completed a major 1031 exchange that facilitated that kind of trade — the company acquired Liberty Towers Apartments, a 648-unit residential community a block from the Hudson River in the company's hometown of Jersey City, New Jersey, for $409M. It used the proceeds from the sale of Chase at Overlook Ridge and Alterra at Overlook Ridge, two apartment properties in suburban Boston that traded for $411.5M.

"This transaction allows us to further concentrate our capital on the waterfront, where we believe our market share and operating familiarity with the community should allow us to enhance the performance of Liberty Towers," DeMarco said.