Jay Paul's Matt Lituchy (right) and Kilroy Realty's Mike Sanford (left) discussed the state of the Bay Area office market at our San Francisco event yesterday. Despite turmoil in the capital markets and a tech slowdown, both agreed the long-term prospects of the region are still robust. 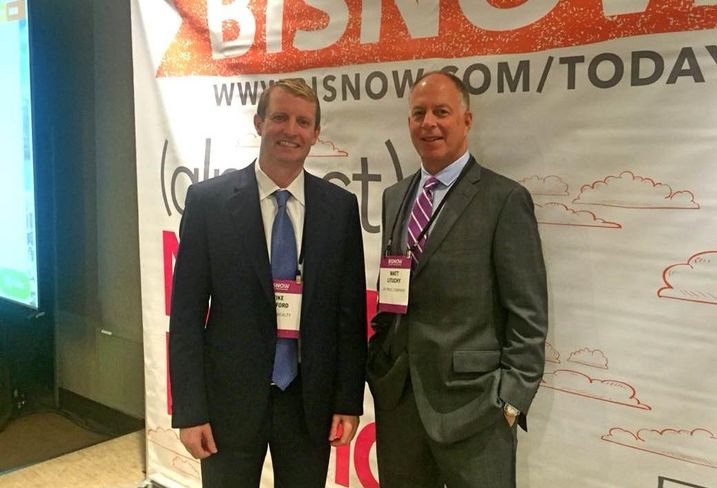 Matt addressed the perceived difficulties in obtaining financing. While the spread between bid and ask prices has widened (an indication that liquidity for real estate financing is thinning), there is still interest from dedicated parties. Mike agreed there was a flight to quality, but countered that established firms can thrive in complex funding environments.

The state of the tech sector was another topic of discussion. While startup fumbles have made for exciting headlines, the effect on office space is far less pronounced, Mike said. Matt said Jay Paul was still seeing a “lot of activity.” While we are off from 2014 and 2015 highs, demand from big tech clients, especially in Silicon Valley, should sustain office rents in the near future, he said.

Changing market dynamics have meant shifts in the way these two companies do business. Office configurations, for instance, likely will change in the coming years. But our speakers had differing views on the way forward. While Matt believed open office and increasing worker density had reached a limit and would swing the other way, Mike said Kilroy was doubling down on these supposed Millennial-favored tech workspaces. At one law firm project, Mike said, resistance to common spaces came largely from the older, more senior workers while younger partners were clamoring for things like wider common areas.

Mike ended his comments with a ringing endorsement of the Bay Area. Outside institutional investors tend to be skeptical of the region’s lopsided exposure to technology. He took the opposite view, saying a reliance on tech is far more exciting than being a hub for insurance or automotive companies. “Where else would you rather be?” he asked the audience.