Co-Working Is Changing The Face Of Office Around The World

Co-working space is gaining popularity all over the world. From flex space to high-end amenities, many startups and growing companies are preferring these spaces over traditional and long-term leasing options. Even large companies have taken to co-working spaces to set up satellite offices. 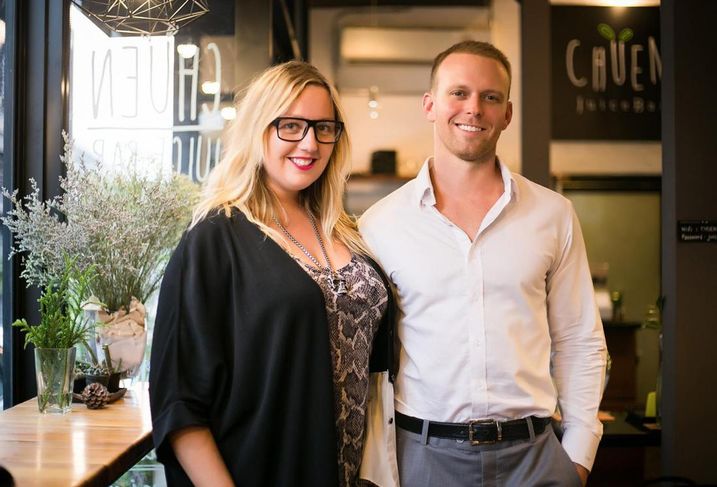 Bisnow spoke with Coworker co-founder Sam Marks (above with co-founder Leanne Beesley) to find out more about how co-working is reshaping the office segment in the US and around the world. He says co-working is happening everywhere from South America to Asia, Africa and Russia.

“Work historically has been a four-letter word and an uninspiring place, and you don’t typically enjoy your workday,” Sam says. But internet businesses like Google and Facebook have changed the workspace for good, and no one wants to work in a cubicle anymore, he says.

Co-working spaces are fun and modernized places with coffee shops and roof terraces and are “better places to be working,” Sam says.

While co-working was around as early as 2005, it didn’t really take off until two years ago; within the last year it’s moved onto everybody’s radar. Sam says it’s helped inspire office managers to create more modern work environments to attract good, young employees.

“It’s a push-pull factor. It’s better to have an inspiring creative workspace and it’s better for employees who are much more excited to go to work,” Sam says.

Coworker is seeing 400 spaces per month added to its platform, which reviews and connects workers with co-working spaces around the world. Sam says there are about 7,000 co-working spaces globally and the market is growing by 50% each year. A lot of companies are opening up second, third and fourth locations, Sam says.

The firm just raised $500k in additional seed funding and says it will soon offer short-term bookings for people looking at spaces for one to 14 days. Coworker also wants to create a place for people to find events and retreats offered at co-working spaces.

While co-working space in New York, Chicago, San Francisco and Los Angeles have the highest demand in terms of traffic and connections, Sam says Miami, Austin and San Diego have been growing very quickly. Toronto is also taking off as a premier co-working location. 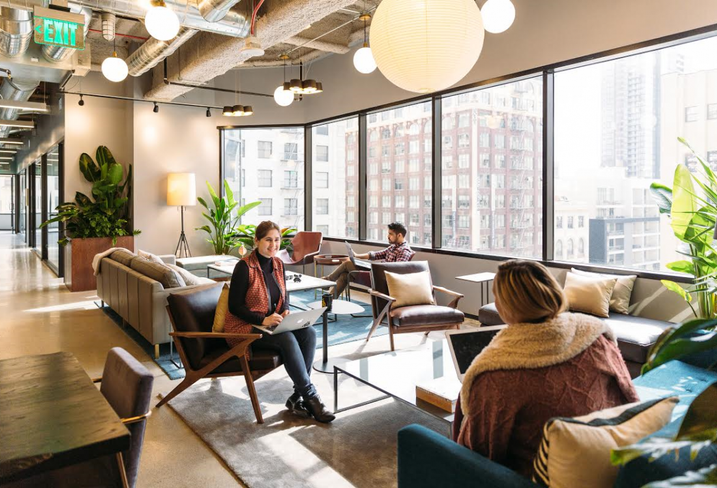 Co-working companies are capitalizing on this demand. They have even attracted large companies and Fortune 500 companies, which use co-working space to create satellite offices. Uber and Tesla, for example, each rented out entire floors in a Hong Kong co-working space, Sam says.

Industrious is one of the many co-working companies to benefit from increased popularity. It just closed $37M in a Series B round of funding and plans to expand throughout the West Coast. It just opened a Los Angeles location and will open in San Francisco, Seattle, Denver and Phoenix next year, Leah said. Industrious signed the lease on its first Manhattan location in October.

Co-working giant WeWork also is growing. It just added 66k SF in Manhattan, expanded further in Washington, DC, with 69k SF, and will open a new site in Dallas/Fort Worth in January. 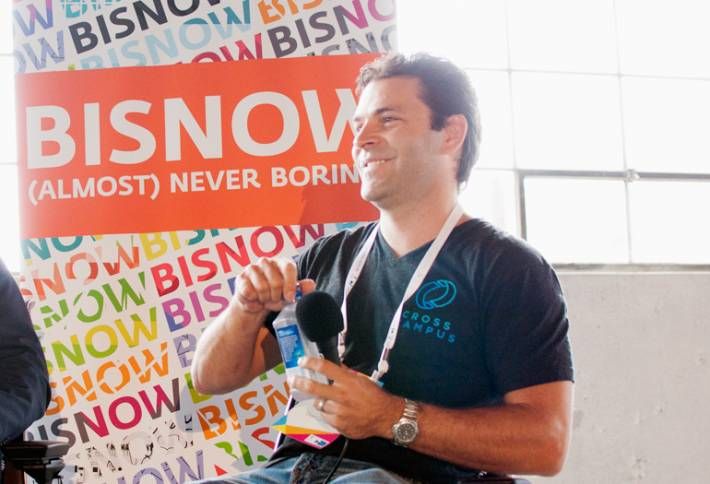 Cross Campus CEO and co-founder Ronen Olshansky said during a Bisnow event he expects co-working to become a larger part of the office segment. He estimated co-working makes up about 1% of office spaces, but he expects in a few decades co-working will make up 15% of office market users and more large users will be attracted to the segment.

“In co-working, everyone is trying to define their brand,” Ronen said. Co-working spaces are doing so through offering events and a variety of different amenities. He said there’s been a level of curation.

Ronen said Cross Campus has been building up its brand in Los Angeles through various amenities and services. It will soon offer a full-service liquor bar. Other amenities at its LA locations include on-site validated parking and beverage programs. In its Downtown Los Angeles location, it offers showers and a rejuvenation room.

Cross Campus doesn’t have any plans to expand outside of Los Angeles at this time, preferring to grow its brand, Ronen said.

Co-Working Space In US Versus The World 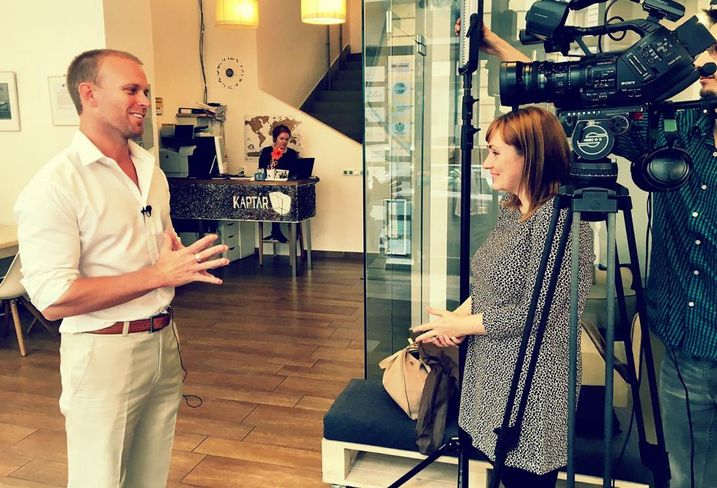 Even though co-working is growing everywhere, there are a few differences in how co-working space has evolved in the US compared to the rest of the world.

Workers who have the opportunity to work from home eventually move toward coffee shops to find they are too distracting and naturally migrate into a co-working space, he says.

Large markets in the US, such as Chicago and San Francisco, offer co-working space that is more linear and adapts to the amount of office worker spaces, Sam tells us. In a more tech-oriented place like Austin, co-working has become more about entrepreneurs who want to be in a creative center.

Areas like Tahoe and Miami are increasingly popular since they also offer fun destinations. Tahoe is attractive to those wanting four seasons. During winter, workers can ski and then come back and work.

Comparatively, Southeast Asia is much more oriented toward mobile and digital nomads, Sam says. In Japan, workers use one space for a few hours and then find a new space after lunch. Co-working spaces in Southeast Asia also are within massive complexes. 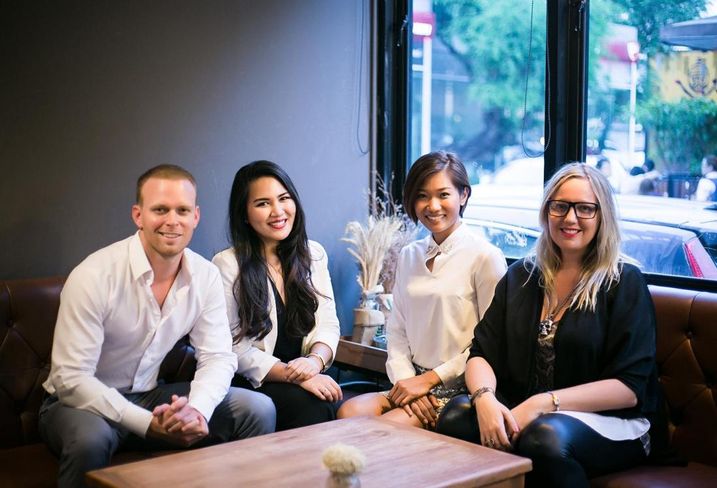 While some may like the mobile factor of co-working space, the biggest driving factor is the creation of a community.

Many co-working companies are now offering events and speakers and organizing recreational trips, according to Sam (above with Coworker community manager Fern Namngoen, data quality manager Kusuma Ponrueang and co-founder Leanne). They also have a plethora of amenities, such as on-premise coffee shops and cafés and some are even putting in bars.

At Industrious, Leah said amenities are aligning with each co-working space. Many of its members are professional working women and Industrious offers pastry and coffee roasters within its communities. It also offers relaxation rooms.

Hybrid offices incorporating an element of recreation are becoming more popular. Rock climbing gyms are building co-working spaces within the gym. A co-working space in Florida was built right next to a driving range. People are looking for “inspiring and creative spaces to work,” Sam says.

“[The amenities] give people the ability to stay there all throughout the day without leaving and going into town and being distracted,” Sam says.