Coworking is moving from the likes of WeWork into the mainstream of global corporate culture, according to a new report by Knight Frank. 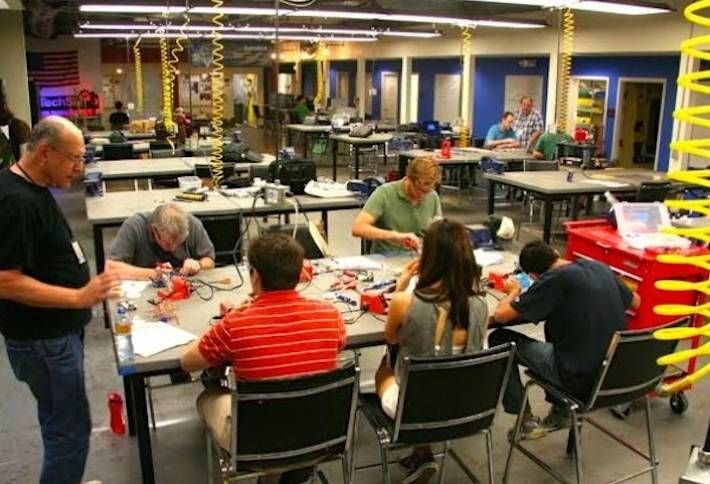 The company queried 120 global companies, finding that space-as-a-service is rapidly becoming a new normal, as exemplified by the growth of coworking space.

Recent estimates suggest that there are now almost 18,000 co-working spaces around the world, Knight Frank reports, accommodating almost 1.7 million workers. These totals represent staggering growth of 3,500% and 8,000%, respectively, since the early 2010s.

The report also shows that there is still room to grow in the space-as-a-service model. Despite its recent mushrooming, coworking space still represents less than 10% of office stock in all major global markets.

The proportion of corporate space users who have between a fifth and half of their occupied portfolio in coworking, serviced or flexible space is set to increase from 27% now to 44% within the next three years, the report predicts.

Why has coworking caught on? The report posits a number of reasons, but according to 55% of the corporate real estate leaders surveyed, flexibility is its primary appeal. That is because flexibility is key to dealing with digital disruption challenges and shortened business planning horizons.

Also, coworking allows businesses to align the amount of space they use with their precise business needs, and coworking models promote collaboration and a sense of community, respondents told Knight Frank.

With the rise of coworking space, investors have taken notice, according to a report by JLL.

As the total expands worldwide, so will the amount of coworking space held in office portfolios by investors. JLL predicts that as much as 30% of corporate real estate portfolios could be coworking space by 2030, representing a seismic change within the market.