Toronto-based Avison Young, which has made a point of rapid expansion in the United States and elsewhere during the last decade, has acquired two local real estate companies so far in October. 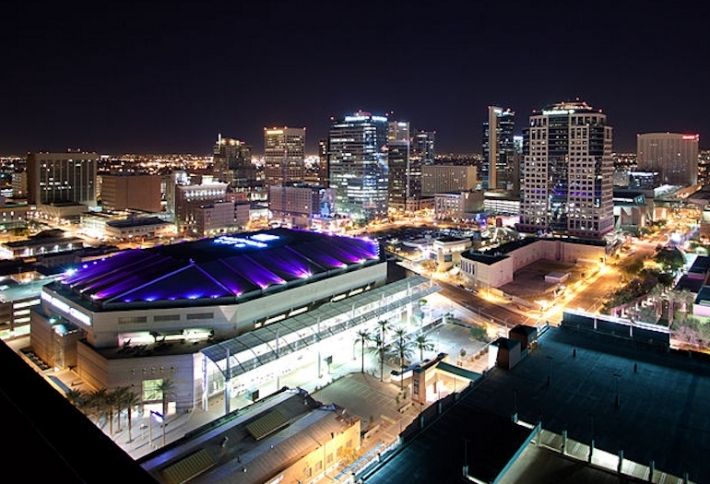 In the most recent, it acquired Phoenix-based Strategic Retail Group for an unspecified price. The deal establishes a larger presence in retail property brokerage in metro Phoenix for the Canadian company.

SRG has been rebranded as Avison Young, with nine members from the former SRG joining Avison Young in its Phoenix office. Matt Milinovich, James DeCremer and David Jarand have become principals of Avison Young, with a mandate to grow the company’s retail brokerage practice in Arizona, besides servicing existing clients.

Avison Young came to Phoenix in 2016 through its acquisition of GPE Management Services and GPE Commercial Advisors, and has steadily expanded since then. Now Avison Young has 6M SF of office, medical, industrial and retail space under management in the market, AZ Big Media reports.

"We believe that Arizona, particularly the greater Phoenix area, is an underserved retail real estate market," Webb said in a statement. "There are many untapped retail property development, sales and leasing opportunities throughout the state, due in part to Arizona’s strong appeal to Canadian snowbirds and tourists from across the globe. Arizona residents also have a strong desire to experience new bricks-and-mortar retail locations that suit their shopping needs."

The Phoenix expansion came on the heels of Avison Young's acquisition of San Diego-based brokerage and property management firm McKinney Advisory Group at the beginning of October.

The deal represents Avison Young's first buy of a company in that SoCal city, though it does have an office there, which it opened in 2013. The McKinney employees joining Avison Young will relocate to that office.

Unlike SRG, McKinney has a variety of specialties across property types, including brokerage, tenant rep, asset management, portfolio management, investment analysis and development. The San Diego-based company was founded in 2010.

McKinney has also been rebranded as Avison Young, with Damian McKinney becoming a principal and managing director of the company’s San Diego office. A total of 13 new members from McKinney have joined Avison Young as a result of the deal.